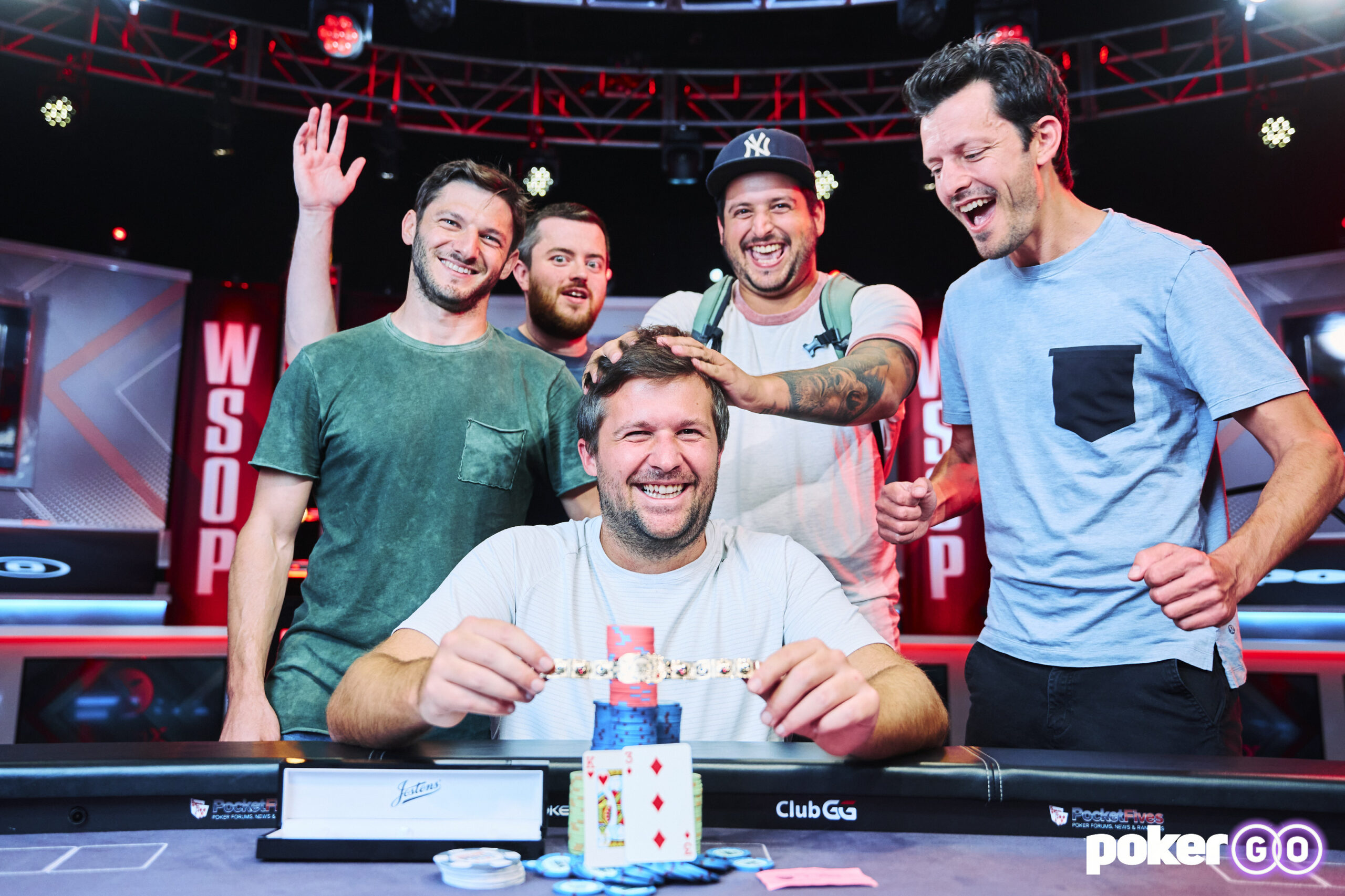 Eight World Series of Poker events took place on Day 7, with three WSOP bracelets won and five more events getting closer to the final stages of their tournaments. There were first-time bracelet wins for Chad Eveslage, Amnon Filippi and Alex Livingston as events across a variety of formats came to a close.

Arieh’s pocket jacks lost to Schindler’s pocket deuces with all the money in pre-flop. Watch how Eveslage got the better of Schindler right here on PokerGO.

Alex Livingston become another first-time bracelet winner as he took down the $1,500-entry Seven Card Stud event for a top prize of $103,282. Dominating the final day’s play. Livingston barely lost the lead through five hours of play as stars of the felt such as Brad Ruben, Daniel Weinman and John Racener fell just short of glory.

The final table began with a huge hand, as early on, Ruben and Racener both fell to the eventual winner in the same hand, with Livingston holding kings and sixes to skittle both players and make his lead all the more unassailable.

With one his opponents, Daniel Weinman, multi-tabling a solid stack in The Housewarming, too, Livingston began heads-up against his final opponent with 6.7 million to Weinman’s 1.5 million. When Livingston made three nines, the title was his to lose and he closed it out moments later for his first-ever win in a World Series of Poker event.

Filippi Latest to Break Through for First Bracelet

Amnon Filippi managed to overcome Matt Vengrin in a rearranged heads-up match that spilled over from yesterday’s events into a conclusion today. The $1,500-entry Omaha Hi-Lo 8 or Better Event #7 saw Filippi come into play with a 3:1 chip lead and he wasted no time in making that superiority count, besting Vengrin despite the latter leading at one point.

Initially, Vengrin got the better of his opponent and took a slim lead after the opening exchanges. Filippi, however, who last reached a final table back in 2007 in a $50,000-entry H.O.R.S.E. event, managed to outlast 1,085 for his debut bracelet. After retaking the lead and making nines and kings on the final hand, Filippi took the title 15 years later to send his fans on the rail into wild celebrations.

Dan Smith On Course for Second Bracelet in $50,000 High Roller

It took Dan Smith 14 years since his first ranking cash to win his first WSOP gold bracelet. Having topped the leaderboard after Day 1 of the latest High Roller to take place in this year’s World Series of Poker, Event #12, he may only have to wait a week to bag a second.

While many stars of the game survived, three times as many departed and there was no place in the Day 2 seat draw from players such as Sam Grafton, Koray Aldemir, Nick Petrangelo, Daniel Negreanu, Ryan Riess or Jeremy Ausmus, although Day 2 permits one re-entry to take place before play begins, with many of those names expected to jump back into the mix.

After over 14 hours of poker action across the longest Day 2 of any event so far this series, Christian Taylor top-scored with 221.3 million chips heading into the final day. With only ninth-placed Jordan Hufty (42.9 million) having been a WSOP bracelet winner before, it could be a debut winner that scoops the biggest result of their poker career when the final day of the event takes place tomorrow.

With players such as Kathy Liebert, Scott Baumstein, Ryan Depaulo, Will Failla, and Brandon Cantu all busting on the penultimate day of the event, just 12 players are left as they race towards the line on Tuesday night.

Ohel has the lead with 1,101,000 chips, but he is being pursued by some superstars of the game, with former WSOP bracelet winners Naoya Kihara (927,000) and Nick Schulman (904,000) the only two players within decent range of runaway leader Ohel.

With players such as Brian Rast (574,000) and Jeff Madsen (573,000) both having tasted WSOP glory before, though, the competition will be fierce as we play down to a winner on Tuesday.

There were a massive 5,720 entries in the $600-entry Event #11, the NLHE Deepstack, wit Femi Fashakin (3,215,000) building an incredible lead after the action ceased for the day. With almost a million more chips than his nearest challenger, Roberto Bendeck (2,230,000), Fashakin will have tremendous power on Day 2 as just 289 players remained in seats at the close of play.

Hsiung bagged up 248,500 chips, with Venkata Tayi (238,000) not far behind. WSOP bracelet winner Tom Schneider (157,500) is also in the top 10, with players such as Daniel Negreanu, Eli Elezra, Adam Friedman, Ben Yu and Barry Greenstein all failing to make the chipcounts.