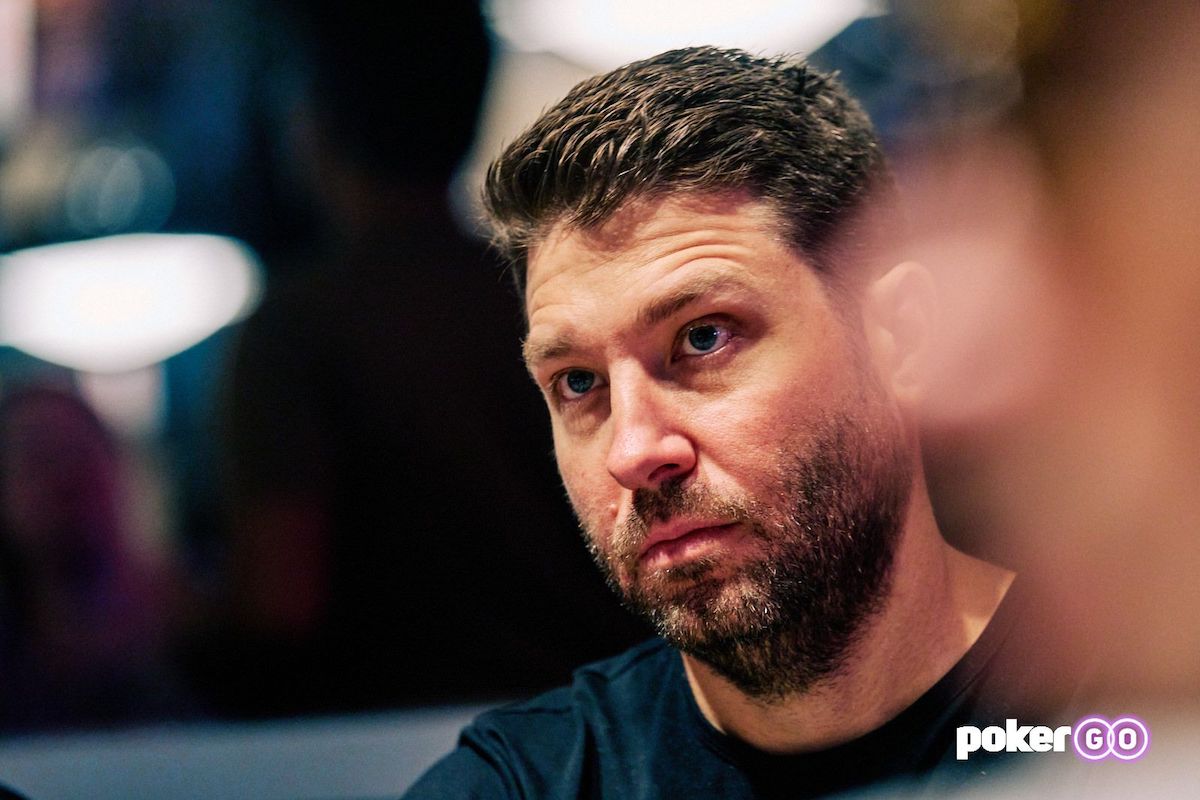 Eight events took place on Monday in Las Vegas as Bally’s and Paris casinos welcomed thousands of poker players in a battle for glory in the form of the fabled WSOP gold bracelets. Jeremy Ausmus, Rob Wazwaz and Christopher Chatman all took home gold on the day, with Ausmus’ success his fourth win in his World Series career.

The last stages of the $3,000-entry Limit Hold’em Six-Handed Event #23 saw a dramatic victory for Jeremy Ausmus as the popular poker professional sealed his fourth WSOP bracelet win and banked $142,147. With six players reaching the final table, there were eliminations for Kevin Erickson, Shaun Deeb and Robert Como ahead of the official final table kicking off, whereupon the only other bracelet winner, Andrew Kelsall, busted for $21,170.

With Ausmus taking on Michael Rocco, the overnight chip leader, for the bracelet, Ausmus had an almost 3:1 lead over his opponent. It took one big hand to give Ausmus virtually all the chips, with a pair of fives good enough for the eventual champion to make the key hero call which earned him the fourth WSOP bracelet of his career and third in the last nine months.

Christopher Chatman took down the final table of the Flip & Go format Event #24, winning the top prize of $187,770 after a brief heads-up battle with Rafi Elfarar. Before the last nine gathered, players such as Galen Hall busted, but at a final table that contained plenty of big names, Mike Matusow was the first victim, falling in ninth for just $17,010. With Ian Steinman and Pete Chen both making the top five, Tyler Willse was the unfortunate man to miss out on the final duel, cashing for $85,420 in third place.

Heads-up, Chatman had top pair with top kicker for the pivotal pot, Elaharar losing a huge chunk of his stack with just queen-six when Chatman’s ace kicker with the queen played. Soon after, the title was won for the first time bracelet winner Chatman, as another domination (ace-king against king-six) gave him the gold.

Rob Wazwaz took down Event #25 as he claimed the $800-entry NLHE Deepstack event title at a fast-paced final table. With the nine players at the final table representing five different countries, it truly brought the World Series of Poker to a global audience as fans of each player from around the world could cheer on their prospective champion.

Before the final table began, a busy day leading up to the win saw players such as Ryan Phan (53rd), Melanie Weisner (101st) and Adam Levi (108th) all bust to miss out on the final stages. It was Israeli player Liran Betito who busted first at the final table, crashing into Wazwaz’ aces, which held to reduce the field to eight.

French player Sebastian Clot was unlucky to go out with ace-king against overnight chip leader Maxine Duhamel’s queen-jack, but after India Abhinav Iyer busted in seventh place, it was Duhamel himself who made an exit, running pocket fours into Sean Legendre’s pocket tens. Dov Markowich’s king-queen was unable to crack the ace-seven of Wazwaz before Legendre (4th for $125,3781) and Terence Reid (3rd for $166,011) both left the party.

Heads-up, it was Robert Crow who lead, but if he thought he was taking a direct route to the gold bracelet, he was wrong. All-in with king-six for the win, Crow couldn’t overcome Wazwaz’ pocket queens and the tide had turned. Eventually, Crow bluffed a river for his stack with just king-high and Wazwaz called with middle pair on the flop and fourth pair by the river to win the title in style.

Jouhkimainen Leads from Seiver and Arieh in PLO High Roller

There were a galaxy of stars on display at every table, but some of the brightest burned out on Day 1, with Anthony Zinno, Jeremy Ausmus, Stephen Chidwick, Daniel Negreanu, Dan Zack, Alex Foxen, Phil Galfond, Shaun Deeb, Phil Ivey and Dylan Weisman all failing to last the day.

The final day of the $1,500-entry Event #21, otherwise known as the Monster Stack event, which will be streamed exclusively on PokerGO, was reached on Monday night. The start of Day 2 saw 271 players kick off Day 3, but just 39 of those survived to the final day of the event that has enjoyed a total of 6,051 entries and has a prize pool of $8,678,835.

A little further back in the chipcounts, bracelet winners Calvin Anderson (9,925,000) and Joao Simao (4,900,000) will both be threats, but fellow gold holder Justin Saliba has work to do with just 2,900,000 chips, the equivalent of 11 big blinds when play resumes.

Eveslage Shoots for Second Bracelet This Series in Limit Hold’em

Chad Eveslage will lead the last nine players into the Limit Hold’em Championship final table as he bids to become the first person to win two WSOP bracelets this series. With just over a million chips, Eveslage leads from Matthew Schreiber (970,000) and Joey Coulden (830,000) at the final table, with plenty of other excellent players chasing him down.

Katchalov Among Players to Advance in Shootout WSOP Event

A total of 1,000 players took on the $1,500 Shootout event, which sees 10-handed no limit hold’em action play down to a winner at each table, putting 100 players into the money, where they’ll then play again in the same format to make the final table before shooting for the win. That means someone will win three Sit N Go’s to win a WSOP bracelet, but with a tough competitor in virtually every seat, it’s not as easy as it sounds to do so.

On Day 1 of the event, 100 ten-handed tables took place and among the players to advance was Eugene Katchalov. The Ukrainian, who is in part playing to raise vital funds for humanitarian charities this summer, outlasted his nine opponents to put himself in the money for his first cash of the series so far. He’ll be hoping to win two more tables for his second WSOP bracelet.

Finally, Event #29 saw a record field of 437 players take on the $1,500-entry $1,500 No-Limit 2-7 Lowball Draw Event. With just 122 players still remaining at the close of play, it was the returning defending champion Phil Hellmuth who made all the headlines after his enforced COVID hiatus denied fans a week of Poker Brat action.

The reality is that unless he achieves the spectacular, Hellmuth has almost no chance of winning this year’s Player of the Year title, with just one cash across the first fortnight of action. Achieving the near-impossible is, however, the Poker Brat’s M.O. and he survived a busy day with a decent stack of 121,500. Both Hellmuth’s friend Mike Matusow (149,500) and fellow Vegas high roller Chris Brewer (117,500) close to Hellmuth in the counts.

Others weren’t so lucky and there will be no place in the Day 2 seat draw for Maria Ho, John Monnette, Galen Hall, Dylan Linde, Melanie Weisner, Andrew Kelsall, Jeff Lisandro, Daniel Negreanu or the current Main Event world champion Koray Aldemir, all of whom bust on Day 1 of this record-setting event.