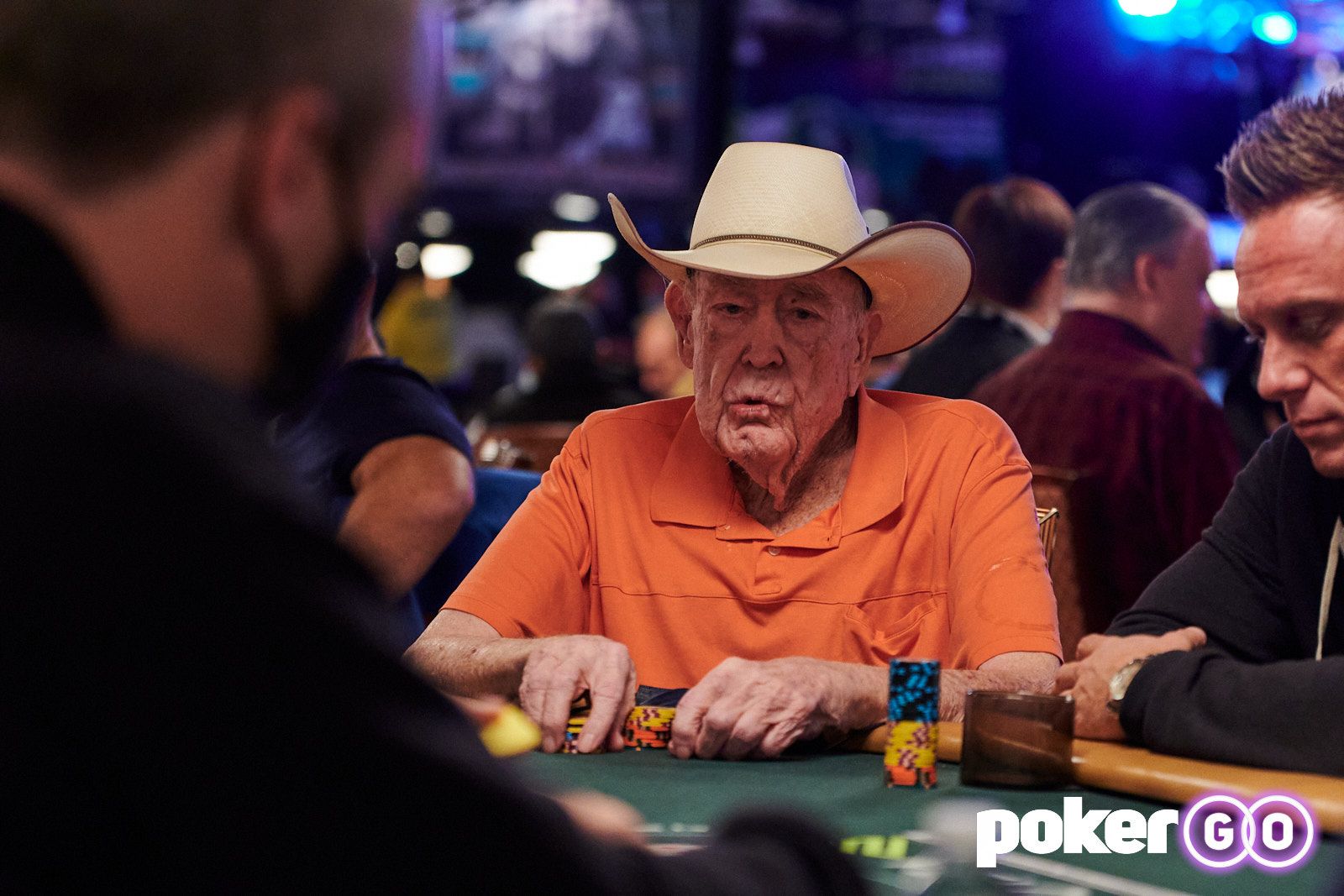 The first day of the World Series of Poker Main Event is like Christmas morning for poker players and with legends of the felt such as Doyle Brunson taking their seat, everyone was buzzing in the Thunderdome. Yes, play got underway in the biggest poker tournament in the world on Day 36 of the WSOP at the Rio, and with Eric Zhang winning gold and the Mini Main reaching the final five, it was a packed day of action.

The 2021 WSOP Main Event Day 1a took place on Thursday as some of the biggest names in poker history took their seats and battled for the right to return on Day 2.

Easily the biggest name to take part was Doyle Brunson. The ‘Godfather of Poker’ sat down on Day 1a to a blizzard of flashbulbs as ‘Texas Dolly’ played the Main for the first time in many years. In what was an entertaining day at the felt for the veteran, the 88-year-old 10-time WSOP bracelet winner excelled and was the star of the show on the feature table on PokerGO.

Elsewhere in the Main Event, there were great days at the felt for Italian player Mustapha Kanit (who leads the field with 363,500 chips), Rittie Chuaprasert (345,700) and Alex Livingston, with the Canadian third in chips on 319,200. With German player Fabian Quoss (273,800) and WSOP legend Billy Baxter (248,600) both making the top 10, there is sure to be drama on Day 1b as more poker legends look to join those stars in the Day 2 seats draw.

In Event #63, Eric Zhang proved top dog as he took down the $500-entry Salute to Warriors event. With Zhang toppling Guy Hadas heads-up, there was also a special moment before the final day of the event as the check worth $64,827 from money raised for the USO organization was presented before the first deal.

At the final table, it was Zhang’s day as the player who predominantly plays cash games claimed his first WSOP bracelet in what was his first World Series bracelet event.

In Event #65, the $1,000-entry Mini Main Event, Georgios Sotiropoulos topped the final five as he raced into a huge lead ahead of the final day’s action. The Greek player bagged up an incredible 105 million chips at the close of the penultimate day, with his total more than double that of his nearest challengers Jordan Meltzer (39 million) and Wataru Miyashita (35.9 million).

The other two players to survive to the final five, James Patterson (26.6m) and James Rubinski (22.3m) both have less than a quarter of the chip leader’s stack, with Sotiropoulos having won two WSOP bracelets before. None of his opponents have ever won one before, so it could be a day of pressure for the Greek to seal the deal tomorrow in the Thunderdome.

Finally, the PLO 8 or Better Championship saw Danny Chang bag the chip lead on a day where just 12 players remained from 113 total entries by the close of play. Chang has a massive stack of 3.6 million chips, which is almost twice that of his nearest rival, Dan Colpoys (2,040,000).

Elsewhere in the top 10 of the final twelve, Josh Arieh (1,015,000) will shoot for his second WSOP bracelet this series in tomorrow’s finale, while Adam Owen is the sole British player, with the mixed game specialist sitting behind 955,000 chips.