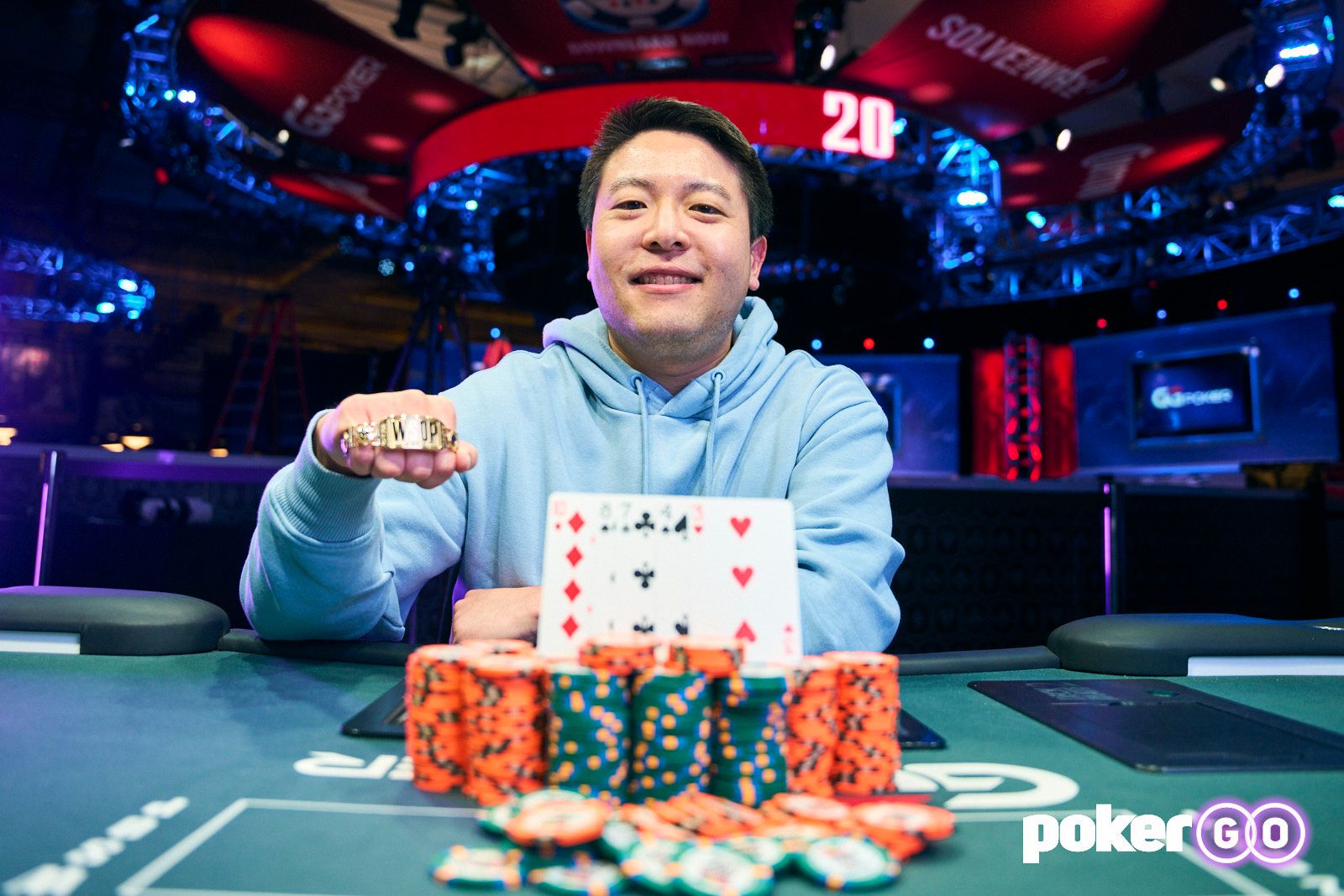 A huge day took place on Day 33 of the 2021 World Series of Poker at the Rio as Brian Yoon and Anatolii Zyrin both claimed bracelets across a mammoth session where seven tournaments either concluded or began moving towards crowning a champion.

Anatolii Zyrin claimed his second WSOP bracelet as he closed out the $400-entry Colossus event to win a massive $314,705. Zyrin started the final nine in the chasing pack rather than at the top of the chipcounts, but after early exits for players such as Lithuanian pro vincas Tamasauskas, Penh Lo and Eric Kim, the winner began ploughing through the field.

With five players left, Zyrin went on a rampage to climb to the top of the counts, and while the man with the most chips as final table play began, Michael Lee, did his best to stop the Russian, nothing could prevent Zyrin winning through. As Lee pushed hard to win his first bracelet, he left himself open to Zyrin’s counter-punching poker and the Russian’s brilliantly disguised flush took down Lee in the final hand to confirm victory.

In the $10,000-entry 2-7 Lowball Triple Draw final, Brian Yoon eventually overcame Danny Wong to take his fourth WSOP bracelet and join some stellar company on that total. With Mike Thorpe busting in eighth place, two more Americans departed with the eliminations of Jordan Siegel and Brandon Shack-Harris, who enjoyed yet another cash during a series where he has hardly been away from the felt.

Eventually, after Joao Vieira busted in fifth place, Yoon and Wong seemed on a collision course and so it proved, although a long period of play with three remaining saw both players duke it out for hours with Wil Wilkinson, who would eventually bow out in third.

Heads-up, Wong still had a lead over Yoon, but the latter used all his nous to get the job done and closed out the victory in style, claiming his fourth WSOP bracelet and $240,341 for winning Event #57, with Wong having to console himself with the runner-up prize of $148,341.

On Day 2 of the $50,000-entry Poker Players Championship, Paul Volpe ended the day top of the chipcounts, leading by around 100,000 chips from Dan ‘Jungleman’ Cates. Cates, who has hardly played World Series events over the past few years, added an element of randomness to proceedings and bagged up 944,000, not far behind Volpe’s stack of 1,0192,000.

Others who couldn’t make the cut included Benny Glaser, Shaun Deeb, Frank Kassela, George Wolff, Michael Mizrachi and Phil Hellmuth, who entered late on Day 2, only to bust out in an emotional defeat for the Poker Brat, who still sits in the top five on this year’s WSOP Player of the Year leaderboard.

In the $1,000-entry Tag Team Event #59, Michael Newman and Robert Ormont prevailed with the chip lead as the final ten places were reached, with just tomorrow’s final table to come.

Players such as Jeff Platt and Brent Hanks as well as Melanie Weisner and Xuan Liu both busted, but plenty of entertaining couples remain with Holly Babbitt & Michael Babbit (1,345,000) and Amanda Botfeld & David Botfeld (790,000) both still in with a chance of victory.