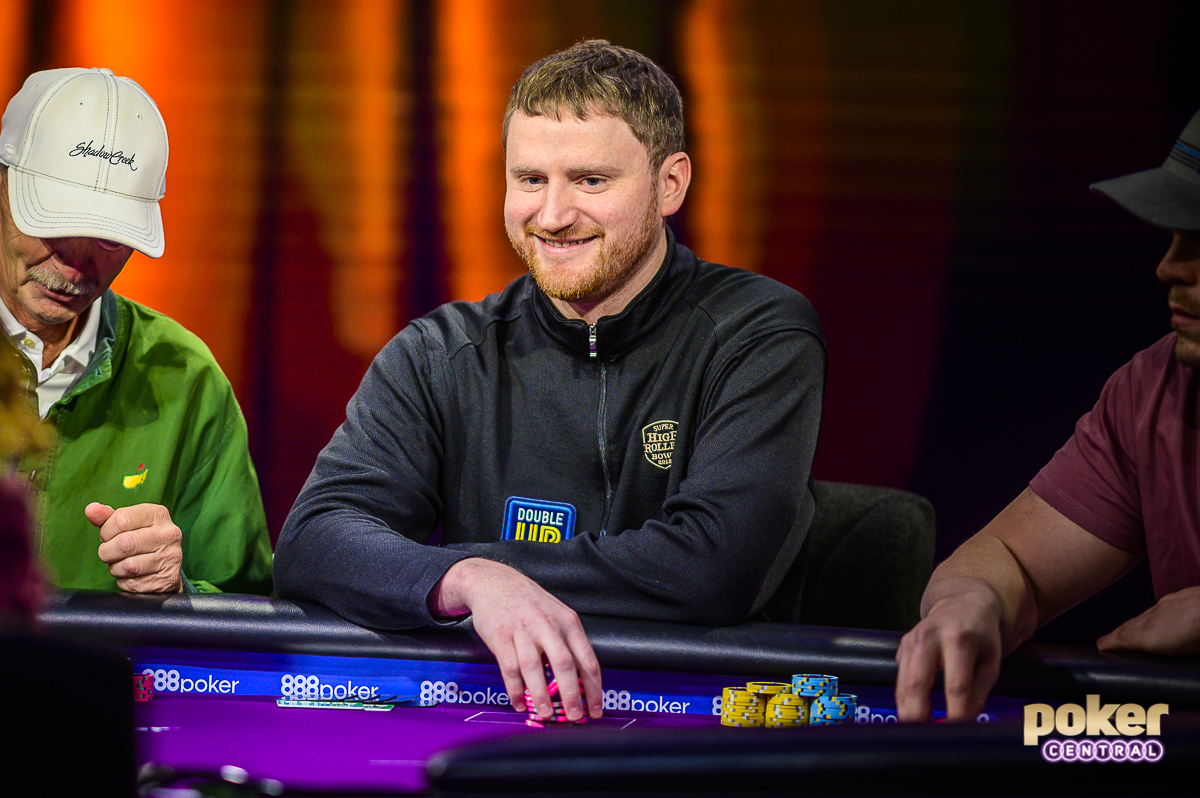 David Peters is all smiles during the 2018 Super High Roller Bowl.

Every Friday, the Weekend Binge Watch provides you with exciting PokerGO content suggestions for the upcoming two days. Whether you’re headed to your local home game or staying in to avoid having to deal with winter weather, make sure you put these excellent poker shows on the big TV to both learn and be entertained. Today, we’re diving into the terrific play of David Peters, winner of the U.S. Poker Open last week.

Peters ranks fifth on poker’s all-time money list, sports no less than 10 seven-figure scores on his crazy resume, bringing his total to date to $31.5 million. That number, however, is likely to be outdated just a few weeks from now as in 2018 alone he added $10.7 million to his total. While Justin Bonomo – who leads the way with $44 million – is seemingly out of reach for now, Peters is the favorite of all those chasing the current all-time money list leader to overtake him at some point.

Right now, let’s look back on some of the big events that Peters has been featured in on PokerGO.

Since its inception in 2017, David Peters has competed in every Poker Masters event that’s been organized. During its inaugural run, Peters made the final table of Event #4 – $50,000 No Limit Hold’em which you can watch right here. In 2018, Peters came awfully close to winning the Purple Jacket but he fell short to Ali Imsirovic by just one min cash. Just like Imsirovic, Peters won two events and had a brilliant run.

And then we’ve arrived at the U.S. Poker Open where Peters was triumphant last week. At its inaugural edition in 2018, Peters took down an event and recorded two more cashes to put him near the top of the leader board. Watch Peters’ win in Event #7 – $25,000 No Limit Hold’em right here.

This year, Peters came out of nowhere to take down the overall U.S. Poker Open Championship after a relatively quiet first week. With a second and a fifth place in the preliminary events, Peters had put himself in a position where an outright win would be the only way to win the Championship and the $100,000 first prize. Peters, however, did just that as you can relive that final table right here. At this final table, Peters battled his way through a lineup that included Sean Winter, Nick Schulman, Chris Hunichen, Keith Tilston and many more of the world’s finest.

Get to Know David Peters

Lastly, to get to know David Peters a little better beyond his impressive bluffs, calls and folds, here he is in Drea Renee’s massage chair for an episode of Deep Issues.

New to PokerGO? Subscribe right now to watch David Peters and many more of your favorite pros compete at the highest stakes live!