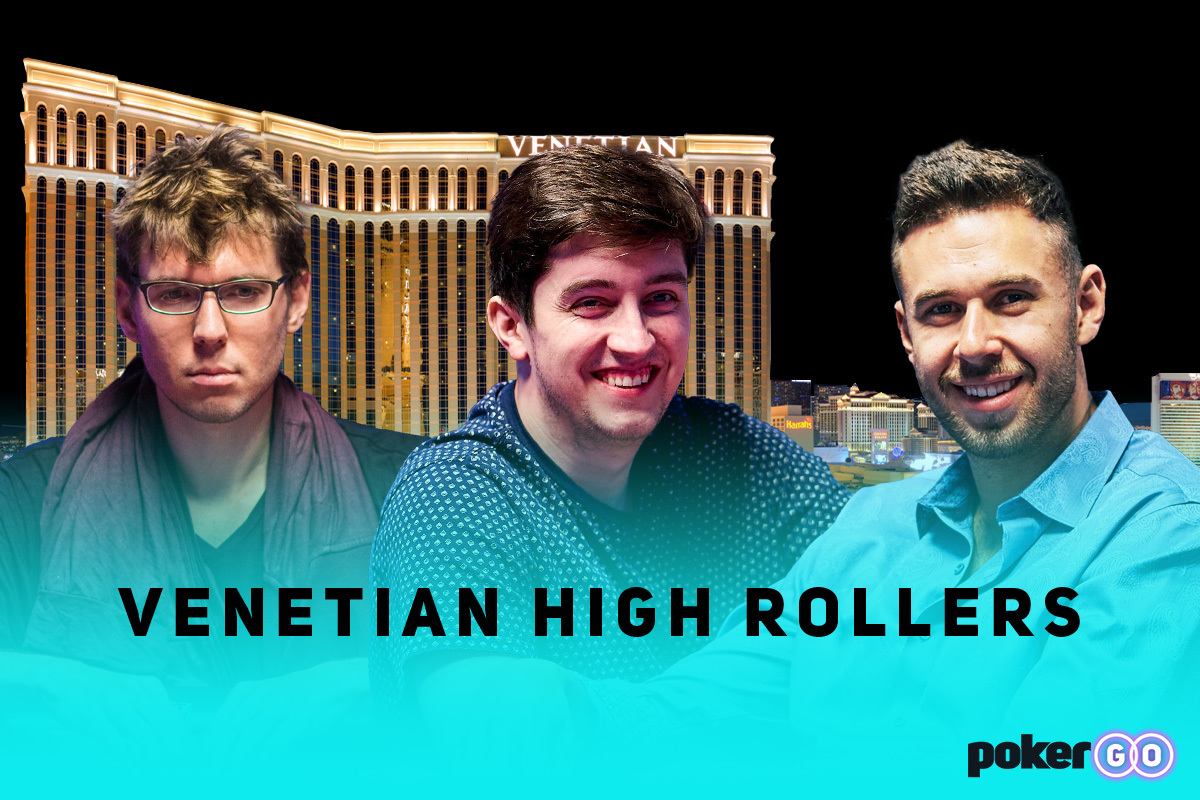 The high roller returned to The Venetian Resort Las Vegas last week with four tournaments that stretched into the weekend, and PokerGO News providing live reporting of all the events. The four tournaments included two $10,000 buy-ins, and two $25,000 buy-ins, as Andrew Lichtenberger won two events while Ali Imsirovic and Sean Perry won the other two.

These tournaments are part of the PokerGO Tour with players earning points based on the amount they cash for. The full PokerGO Tour schedule can be found here, and the current PokerGO Tour leaderboard presented by Guaranteed Rate is available here.

Thursday would be the first of two $10,000 buy-in high roller tournaments that attracted 30 entrants and created a $300,000 prize pool that paid the top five players. Following the elimination of Andy Park on the money bubble, Sean Winter, Eric Worre, and Cary Katz finished in-the-money before Andrew Lichtenberger defeated Anuj Agarwal heads-up to pocket the $120,000 in first-place prize money.

The second event of the series would see 34 entrants create a $340,000 prize pool in the last $10,000 buy-in high roller tournament. The final five players would finish in-the-money, and unfortunately, it would be Nick Schulman eliminated on the money bubble by the eventual winner and Poker Masters Purple Jacket winner Ali Imsirovic. Imsirovic defeated Worre heads-up as both Winter and Katz collected their second cash of the series.

The opening $25,000 buy-in high roller tournament on Saturday attracted a 29-entrant field that created a $725,000 prize pool. The top five players finished in-the-money as Nick Petrangelo was eliminated on the money bubble by Sam Soverel. Soverel would go on to finish in fourth place while Imsirovic and Lichtenberger grabbed their second cash of the series. Sean Perry dominated the final table and defeated Antonios Roungeris heads-up to win the $290,000 first-place prize while also climbing to 2,021 PokerGO Tour points to be the second player to eclipse the 2,000-point barrier along with Imsirovic.

The final event of the week would see 14 entrants create a prize pool of $350,000. Originally set to payout the final two players, once Chris Brewer was eliminated in fourth place, the final three players agreed to an ICM chop that would see Lichtenberger collect his second victory of the week as Katz collected his third cash, and Petrangelo his first.