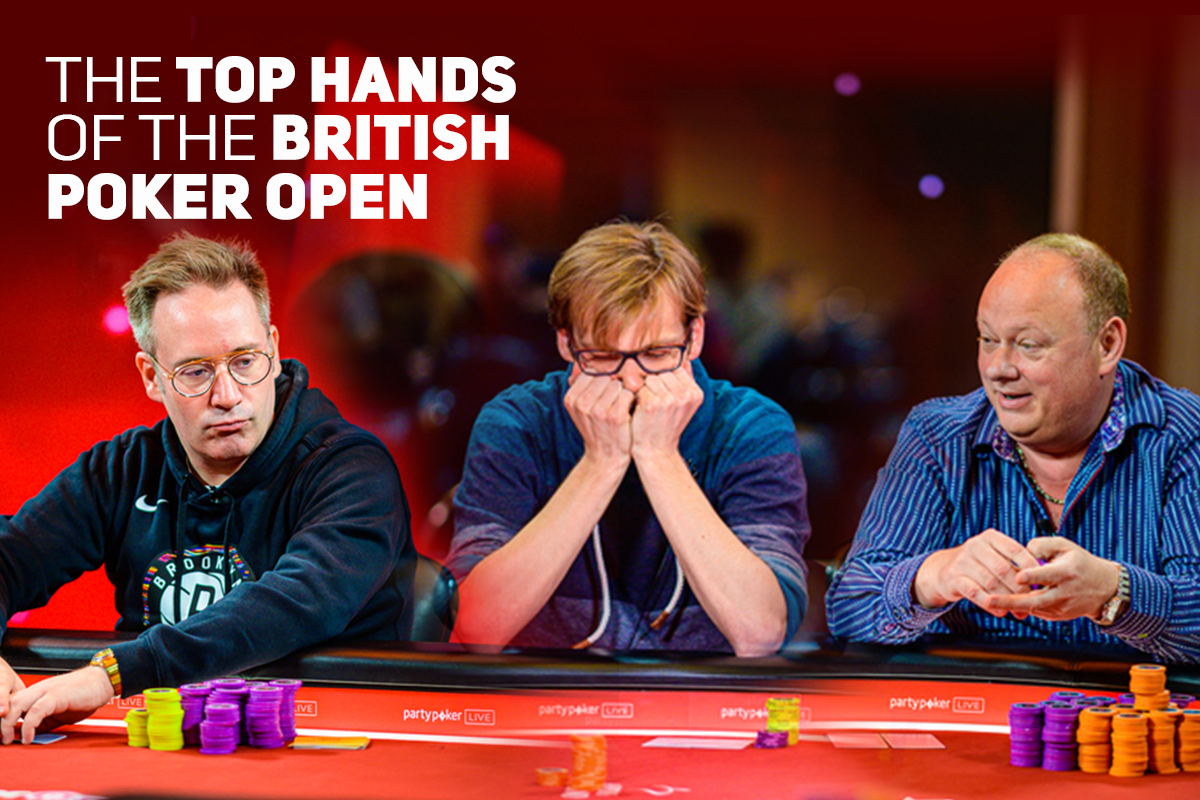 Sam Grafton, Christoph Vogelsang, and Paul Newey were involved in some of the most exciting hands at the British Poker Open!

If there’s one thing the 2019 British Poker Open provided, it was drama. Thankfully for PokerGO fans across the world watching the live poker events play out, there were hundreds of things that it provided. Tension, big bluffs, excitement, bad beats, and incredible poker plays… the action at Aspers Casino was on fire!

British live poker legend Sam Grafton needed a lot of help in this poker hand, as Steve O’Dwyer had the best of it pre-flop, with Robert Flink looking to catch. Who would come out on top?

Sammy Has the Biscuits

Sam Soverel not only won the British Poker Open Championship by going the distance, he prevailed by over 200 points, enough to have not bothered even playing one of the two events he won.

The player known as ‘Sammy Biscuits’ to PokerGO commentary team Brent Hanks and Jeff Platt conquered the field across the ten events as well as bluffing George Wolff with a sick bluff in this epic hand.

Tang Popped on the Bubble

Danny Tang was one of the newer faces on the high roller scene that we really enjoyed watching live on PokerGO during the British Poker Open. The Hong Kong poker player was busted after a brutal Short Deck river saw him depart the $10,000-entry event.

A brutal river busts @DannyTang2 on the bubble! 😱

Tollerene Serene As His Outs Pay Off

Ben Tollerene needed help to get the job done in Event #10 and managed to find one of his 14 available outs on the river to become champion and take home a massive £840,000… and all that after he started day fourth out of four players.

Can Ben Tollerene hit one of his 14 outs to become our Event 10 🏆?
Watch the #BPO🇬🇧 on demand: https://t.co/5rUlItuiNK
Super High Roller Bowl London begins tomorrow at 12:00 PM ET on PokerGO. pic.twitter.com/iXGwmAjj7k

Paul Newey had never won a major live event before, but all that changed the day before his 51st birthday at the 2019 British Poker Open. Newey, known to friends and poker players alike as ‘Top Dollar Man’ hot the jackpot after he turned a nine to ‘set up’ the win!

A top dollar turn for a @TOPDOLLARMAN!

George Wolff called with just ace-high to leave the imperious Sam Soverel dethroned on his way to a superb performance in the £25,000-entry PLO event, one of two PLO tournaments he reached heads-up in.

George Wolff with the call of the series? 🤔

Katz Puts Vogelsang in the Freezer

After both men had diamond draws to the flop and hit their flush, all the money was going to go in, but a king of diamonds on the river made this even murkier. We’ve got chills just watching this one.