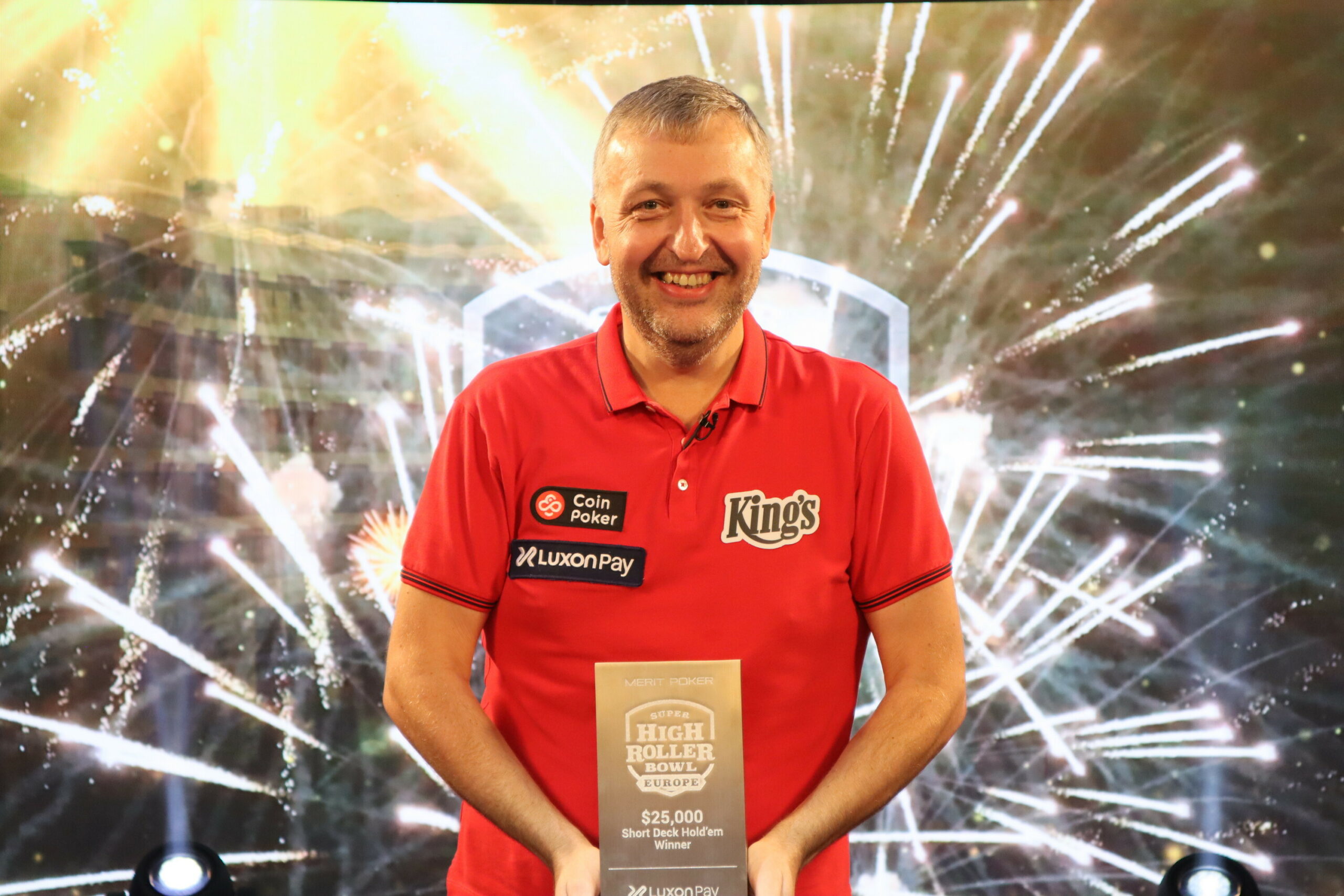 The third event of the Super High Roller Series Europe has concluded with Tony G winning Event #3: $25,000 Short Deck for $382,500. It was Guoga’s first tournament win in more than two years as he won the €25,500 Triton Short Deck at partypoker MILLIONS Europe for €237,250. Guoga now extends his lead on top of the Lithuania All-Time Money List with over $7.2 million ahead of Matas Cimbolas who sits with just under $4.9 million.

Event #3: $25,000 Short Deck attracted 45 entrants and created a prize pool of $1,125,000 that paid the final seven players. Timofey Kuznetsov, Cary Katz, Richard Yong, Ivan Leo, and Event #1 winner Phil Ivey all fell before the money was reached. When Boris Turitsa was eliminated in seventh for $45,000 in prize money, Danny Tang would lead the final table with an overwhelming chip lead ahead of his nearest rival Chris Brewer.

Unfortunately for Tang, the final table didn’t start the way he was hoping as he immediately doubled both Paul Phua and Guoga before becoming the first casualty of the day when his pocket kings were cut down by Brewer’s ace-seven. Brewer had now ascended into the chip lead before Phua fell in fifth and Xia Jiang He exited in fourth as it was Robert Flink’s turn to double into the chip lead courtesy of Brewer. Flink didn’t hold onto the lead for too long as Guoga took it, before Brewer snatched it back. Guoga made quads to double back into the lead, and shortly after that, Flink would exit in third when he ran into Brewer’s dominating ace-king.

Guoga held the slight lead when heads-up play began against Brewer as the two players traded the lead back-and-forth. Guoga rocketed his lead up to a three-to-one advantage before the final hand saw Guoga shove holding king-jack as Brewer called all-in with jack-ten. Brewer flopped a gutshot, turned a flush draw, but inevitably bricked the river and was eliminated in second place as Guoga was crowned the Event #3 champion and captured the $382,500 first-place prize.

As a result of this event’s conclusion, Chris Brewer moved into sixth place on the PokerGO Tour presented by Guaranteed Rate leaderboard. Brewer collected 149 points for his second-place finish in Event #3, and now has 1,302 total points that includes two wins, 16 cashes, and $1,959,020 in earnings.