You are here
Home > News > Today at the Open: Winter’s to Win 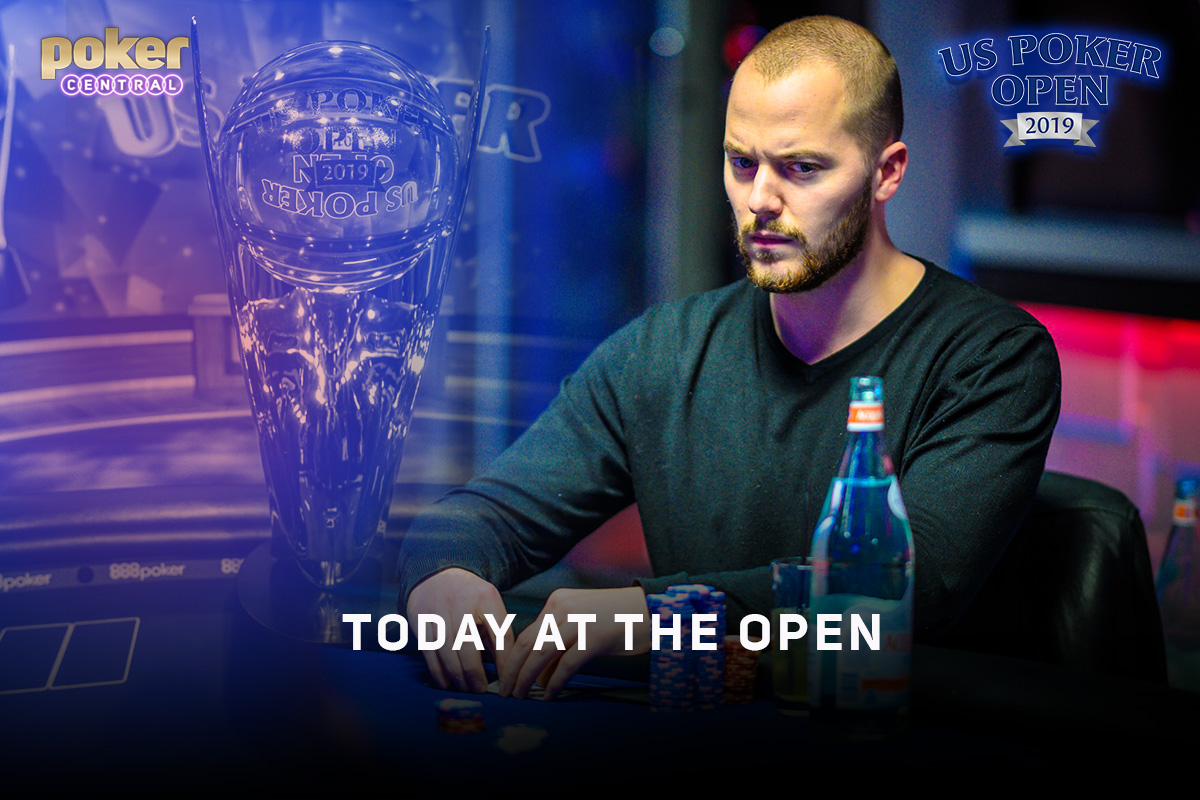 The 2019 U.S. Poker Open is officially underway. From February 13-23, the world’s best will compete across ten high stakes events for the USPO Championship. The USPO trophy, $100,000, and the first High Roller Triple Crown title of 2019 is up for grabs and each day, “Today at the Open” will recap the action and prepare fans for PokerGO‘s final table streams.

Sean Winter is in an interesting position heading into Saturday’s U.S. Poker Open finale. He leads the USPO Championship points race, thanks to a higher money total than defending champion Stephen Chidwick. He also returns for his sixth final table of the series, although a cash in the $100,000 Main Event is anything but guaranteed.

The current USPO leader enters the nine-handed final table with the seventh biggest stack. Only five players will cash in the $100,000 Main Event, meaning Winter could be on the outside looking in when the bubble bursts. What makes Winter’s position so interesting? Even if he finishes out of the money, even if he is the first player eliminated today, that still might be good enough for Sean Winter to win. 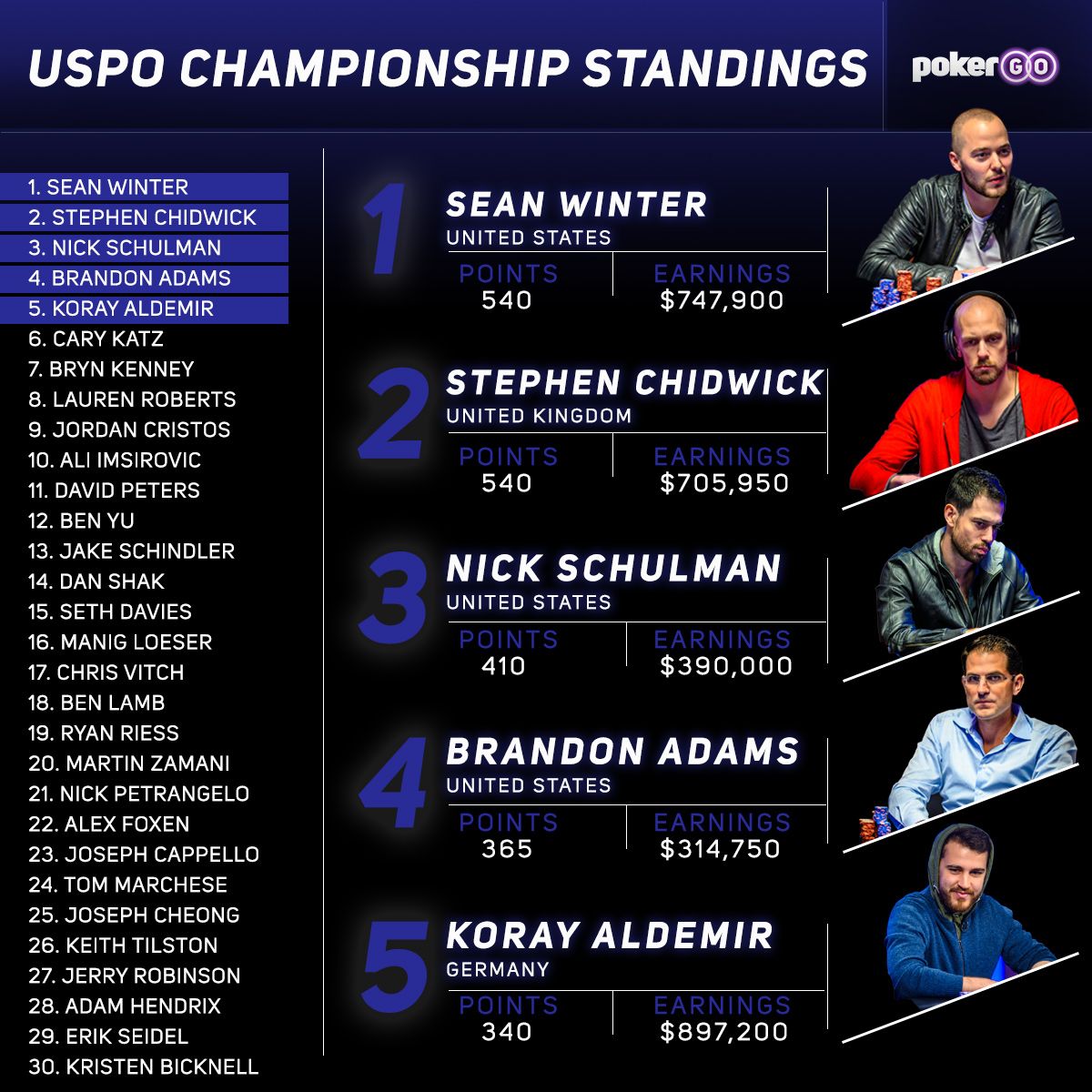 Today’s Today at the Open is all about the USPO Championship race. Check out the current leaderboard above and then run down the scenarios to see how many players are still in contention and what they have to do to lock up the title and $100,000 prize:

A runner-up finish in the $100,000 Main Event is worth 245 points. If Winter finishes 2nd, no other USPO Championship contenders would be able to catch his 785 point total.

A min-cash (5th place finish) in the $100,000 Main Event is worth 105 points. That addition to Winter’s current 540 point total would break his tie with Stephen Chidwick and secures the USPO Championship, trophy, and $100,000 bonus prize if Nick Schulman and David Peters don’t record Main Event cashes.

Sean Winter Does Not Cash

A pre-money elimination opens the door for just two players. Nick Schulman and David Peters control their own destinies if Sean Winter isn’t able to cash, although neither will have an easy road to the USPO Championship.

Schulman is currently 3rd with 410 points. If Sean Winter does not cash the Main Event, Nick Schulman needs a 4th place finish or better to win the USPO Championship. Earning 140 points in the Main Event doesn’t seem like an impossible task, until you look at Schulman’s current position. The Event #8 champion enters today’s final table as the shortest stack and less than 10 big blinds.

If Sean Winter does cash the Main Event, but does not finish higher than 5th, Nick Schulman has to finish 2nd or better to win.

Peters is currently 11th with 200 points. If Sean Winter does not cash the Main Event, David Peters needs to win and have Nick Schulman finish worse than 3rd. The 350 points for the Main Event title would put Peters at 550 points. He’d also have the money total advantage over Schulman, if he doesn’t make the podium.

If Sean winter does cash the Main Event, David Peters is eliminated from USPO Championship contention.

Those are all big ifs. Winter has been unstoppable this series, while Peters enters today’s final table well off the chip lead. If Schulman bows out early and Peters chips up, the dynamic between Peters and Winter will be an interesting one to watch as Saturday’s finale plays to a winner and USPO Champion.

Subscribe to PokerGO now to watch the 2019 USPO live. All ten final tables and early access streams are available exclusively on PokerGO. Follow along, get in the game, and visit PokerGO.com for information.