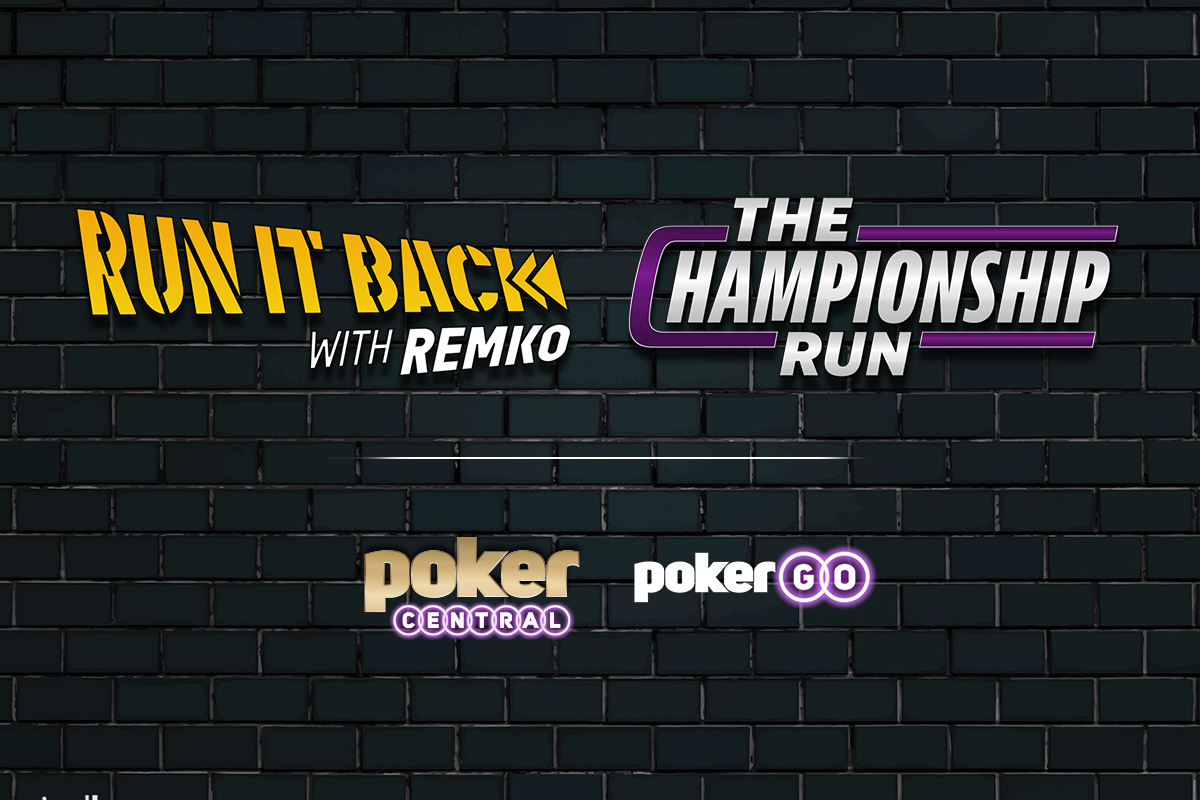 Watch two new shows on PokerGO starting today with Run it Back with Remko & The Championship Run on Friday.

Poker Central today announced that its direct-to-consumer OTT subscription service, PokerGO, will launch two new original series: “The Championship Run” and “Run it Back with Remko.” “The Championship Run” will premiere on Friday, March 27th and will be available on-demand beginning at 12pm ET, while “Run it Back with Remko” will premiere on Thursday, March 26th at 7pm ET. Both new programs will feature commentary on legendary poker cash games and tournaments as poker stars down key hands and strategic gameplay.

Streaming in a live format, “Run it Back with Remko” will feature a variety of notable poker personalities as they sit down with Poker Central’s Remko Rinkema to bring fresh commentary to poker’s most memorable shows including High Stakes Poker, Poker After Dark, and more. The premiere episode of the series will feature Daniel Negreanu, winner of six World Series of Poker bracelets and two World Poker Tour championship titles, as he provides exclusive commentary over a classic episode of High Stakes Poker.  Each episode of “Run it Back with Remko” will stream weekly on Thursdays at 7pm ET.

“Poker players and fans are hungrier for content than ever before, especially in a time when we are all seeking entertainment from the safety of our homes,” said Sampson Simmons, President of Poker Central. “These two series celebrate some of the most compelling moments in the game’s history coupled with present-day poker insight and analysis. Our goal is to bring the spirit of the game to our viewers at home.”

“The Championship Run” and “Run it Back with Remko” will be the latest original series available exclusively through the PokerGO streaming service. From the tales of iconic moments in poker history in “Legends,” to behind-the-scenes stories and interviews told on “Hand Histories” and “Stories from the Felt,” to the acclaimed docuseries “INSIDERS: Super High Roller Bowl 2018,” PokerGO’s originals provide unmatched access to the world of poker. PokerGO is currently offering a 30-day free trial to fans using promo code WATCHPARTY upon checkout.