You are here
Home > Home > Tennis Players Who Play Poker 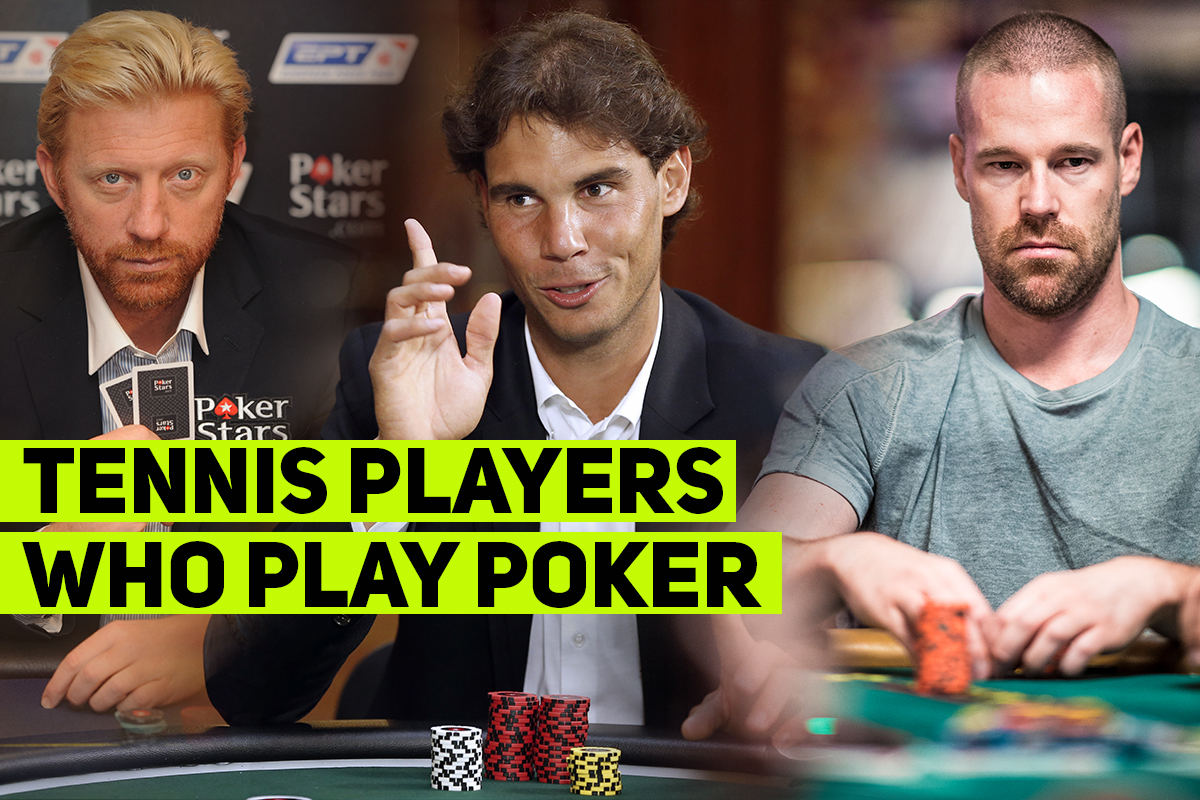 Boris Becker, Rafael Nadal and Patrik Antonius are just some of the top level tennis players that play poker!

Tennis is a game that has many parallels with poker. In the singles game, each player is on his own, constantly forced to make tough decisions in a very short space of time. But which players who used to take on the tennis world adapted their skills to the poker felt and which poker favourites once spent a lot of their time on court?

While the Spanish tennis legend may be on the brink of becoming the official GOAT of tennis (a win at the French Open would tie him on 20 Grand Slam titles with Roger Federer), the former sporting face of PokerStars hasn’t set the poker world alight just yet.

With no live results to speak of, Nadal does, however, take some time out from his relentless tennis training to perfect his online poker skills and once he retires from the game he has dominated, we’d expect to see him making some more appearances at the live felt.

A legend of the game of tennis, German player and former three-time Wimbledon champion Boris Becker has since turned his attentions to poker. Likening the tension of poker to the effort tennis players have to make, having concentration at the felt has never been an issue for the six-time Grand Slam champion, who also won two Australian Open titles and one U.S. Open title in his tennis career.

Former tennis player de Koster had what looked like an auspicious tennis career blighted by injury, whereupon the Dutch player found he had a talent at the felt as a poker player. Having won $282,544 playing poker, his biggest cash by far is the $196,652 he hoovered up by winning the WPT National Series Main Event in Marbella back in 2012, triumphing over Englishman Pete Linton at the heads-up stage.

De Koster has also cashed in the 2010 WSOP Main Event, coming in an impressive 247th for over $40,000 but it’s that win in Spain against a field of 336 other players that marks him out.

The Finnish high roller legend was once a tennis player and not a bad one in his own right. Again, injuries dictated that he would not dominate the game like he has poker, as persistent back issues saw him swap the tennis court for the poker felt. In that regard, Antonius is one of the biggest names and best players ever, making millions during the Full Tilt years.

With $12m in live tournament earnings alone, Antonius is a living poker legend and tennis’ loss has been the poker industry’s gain.

Another formidable tennis player in his younger years, Hansen was a tennis champion at youth level. He swapped Tennis for another game – backgammon – before finally finding poker and making millions and losing millions both before and after black Friday. You can read in more detail about the incredible swings of Gus Hansen’s career right here.

Having banked well over $20m in his tennis career, the Russian pro turned from tennis prodigy to poker newb after he hung up his racquet. With $193,905 in live winnings, the former French Open and Australian Open winner finished 9th in the 2005 World Series of Poker $1,500-entry Seven Card Stud event

Another former tennis player who preferred the cut and thrust of poker is the French player and former Full Tilt personality David Benyamine. He cut his teeth on the court before turning to poker for his living where of course he remains today.

To watch all the aces at the forthcoming Super High Roller Bowl in Russia, simply subscribe to PokerGO today and you’ll never miss any of the action.  You’ll have access to the world’s best poker content 24/7.