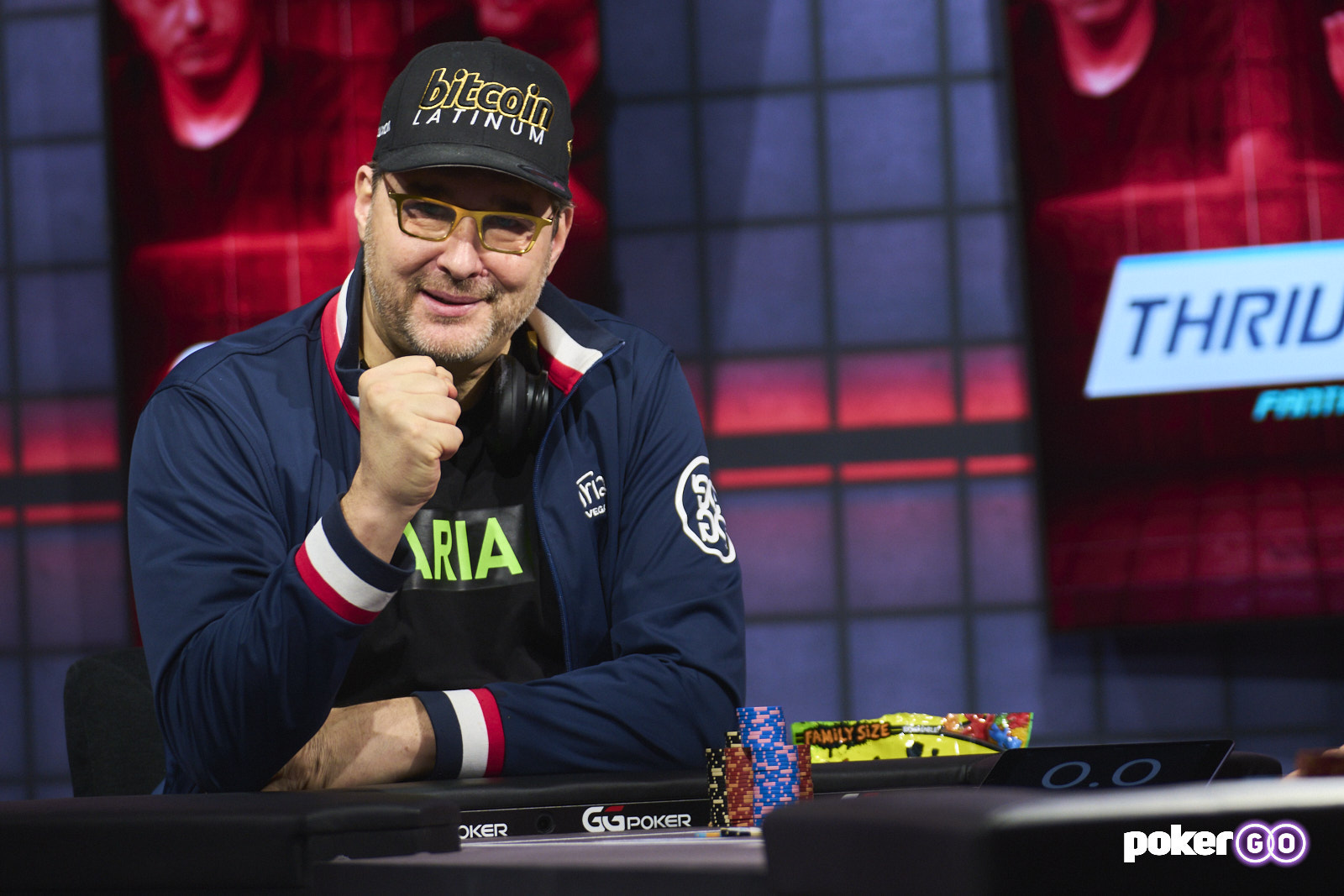 Phil Hellmuth is back in the High Stakes Duel winner's circle. On Wednesday, Hellmuth successfully earned his revenge against Tom Dwan in the duo's Round 3 rematch. The victory earned Hellmuth a $400,000 prize in this round. Dwan now has the first option to a rematch against Hellmuth and it 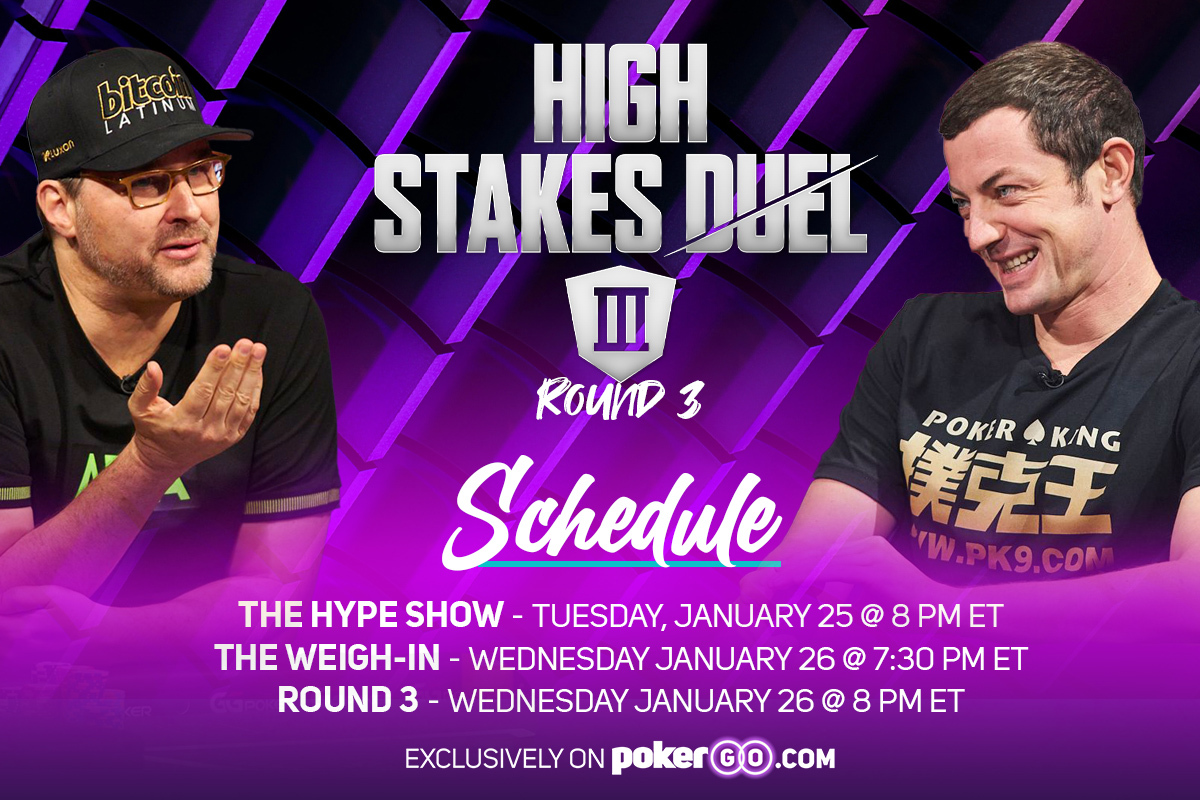 Defending champion Tom Dwan is set to take on Phil Hellmuth as the two play for $400,000 in Round 3 of High Stakes Duel III on Wednesday, January 26, at 8 p.m. ET exclusively on PokerGO.com. Viewers will be treated to three different shows across the PokerGO.com platforms on both 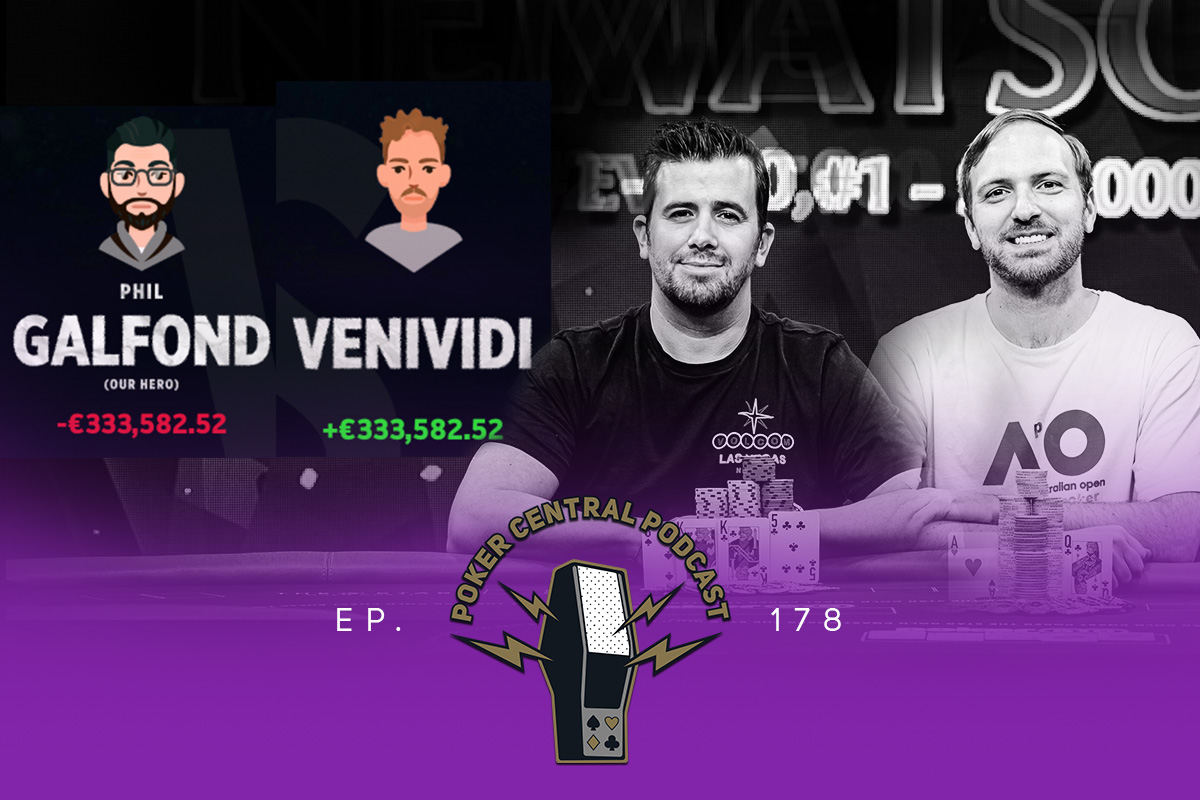 Brent and Remko are back with another live show on YouTube in which they tackled a bunch of topics including the Galfond Challenge, the Global Poker Awards, some Aussie Millions Main Event controversy and the Australian Poker Open on PokerGO. https://www.youtube.com/watch?v=kgEuc3VIKaY 00:40 –Brent’s adventures on the Peloton and Antonio Esfandiari joining 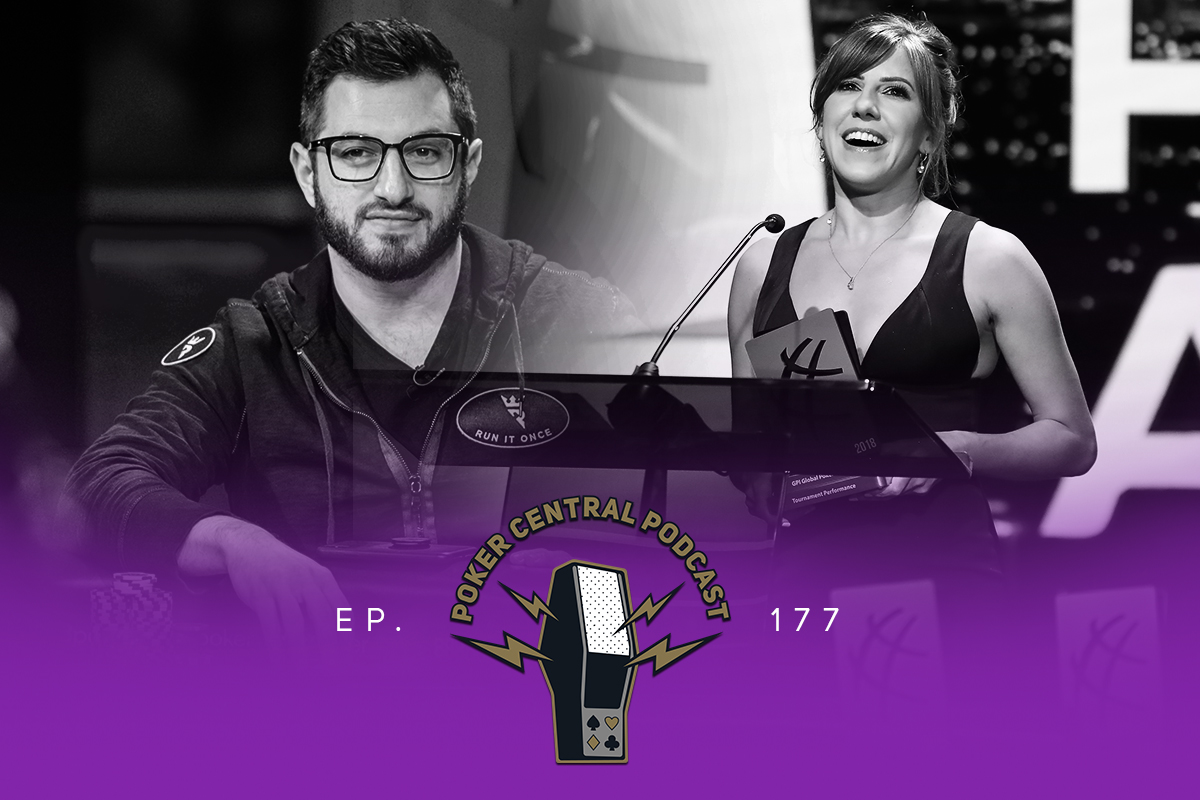 Recorded live for the first time and broadcast on YouTube, Brent and Remko tackled some hard-hitting topics! https://youtu.be/rb7UwYS9SAE 01:13 – This week on the show! Breaking down the semifinal of the Global Poker Awards, Galfond Challenge, and all the action down in Australia. 01:58 – Brent & Remko recap their weekend 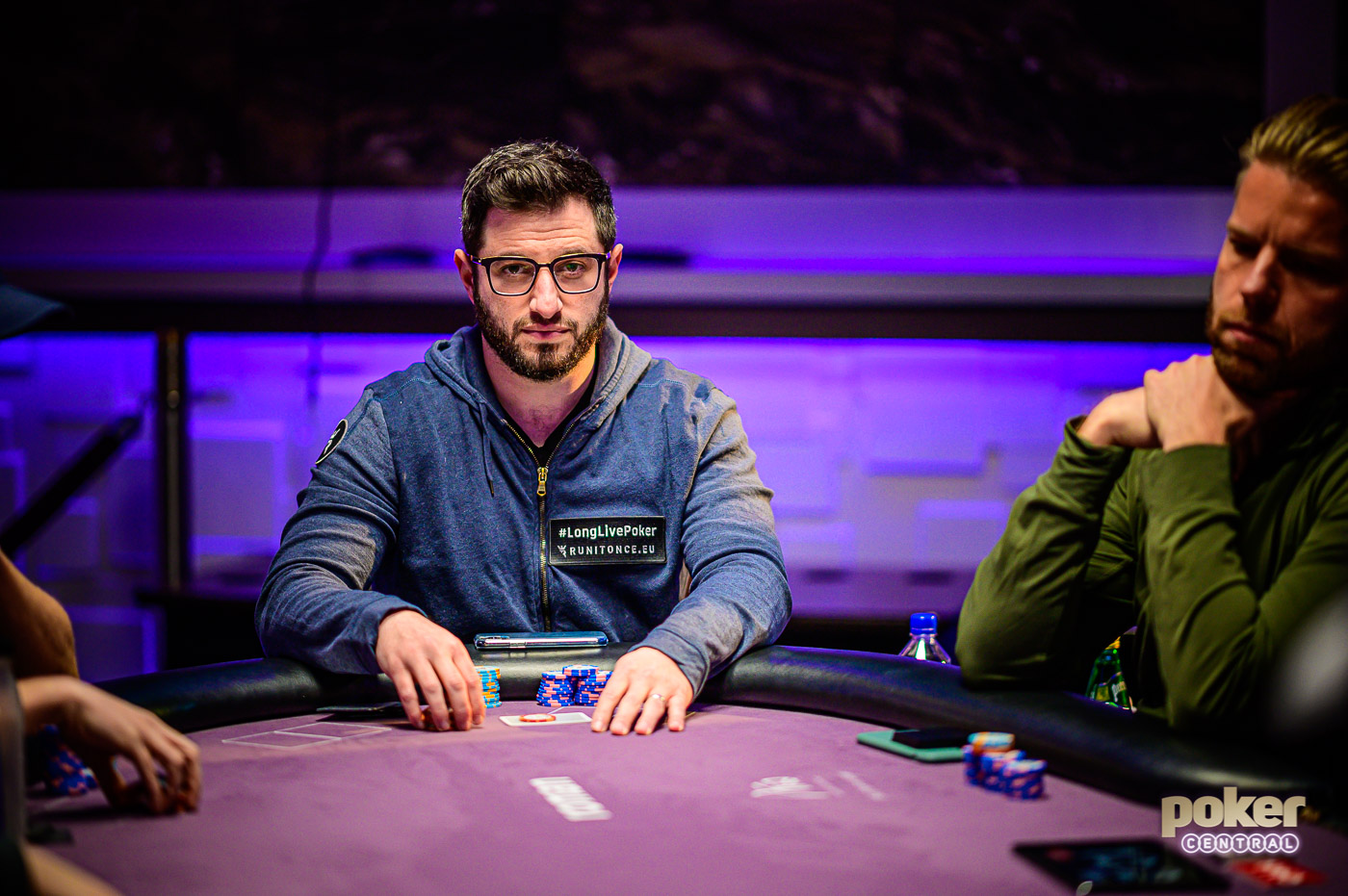 Jorryt van Hoof limped under the gun and Phil Galfond limped the button. Both Sean Winter and Ben Yu came along from the blinds, and the flop landed [Js4dAs] and action checked to Galfond. Galfond bet 12,000, and Winter check-raised to 62,000. Yu and van Hoof folded, and Galfond reraised pot 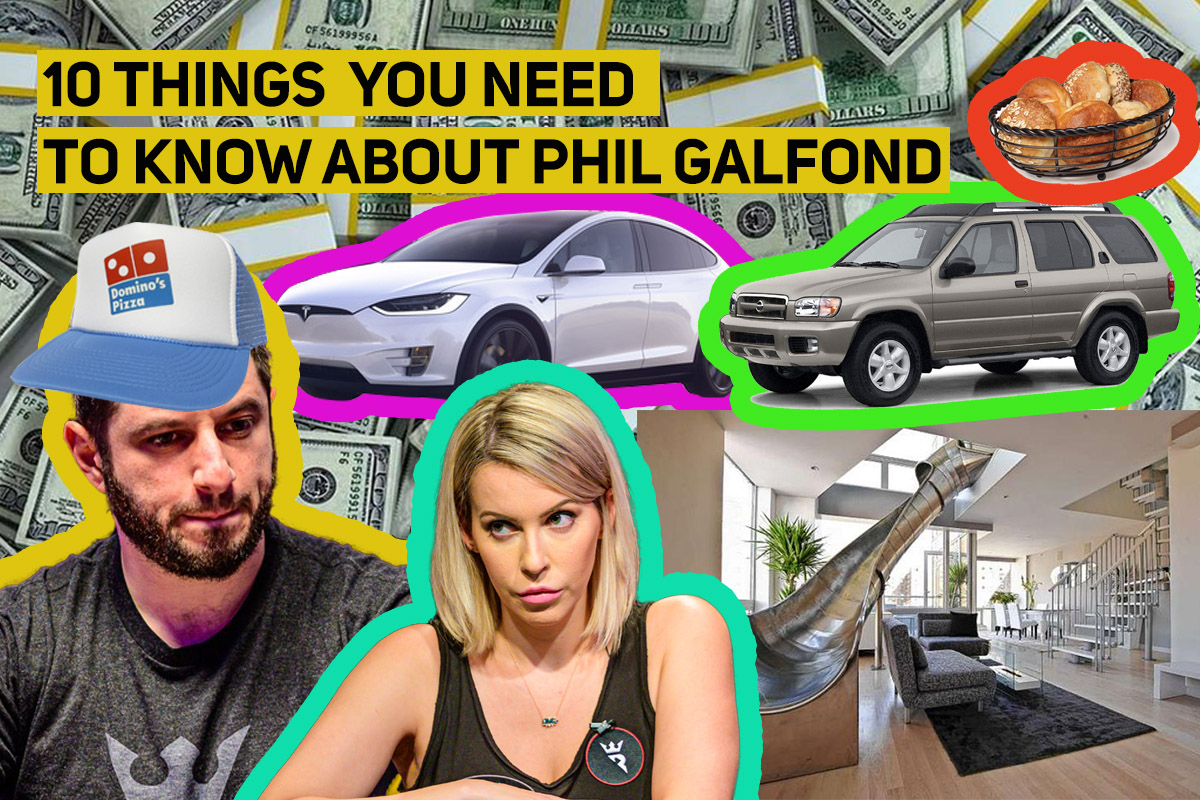 Phil Galfond is one of the most celebrated poker players in the game but what do you really know about him? We spoke to Galfond at the 2019 Poker Masters to uncover some new facts about this legend of the game, so let's dive in! He used to work at 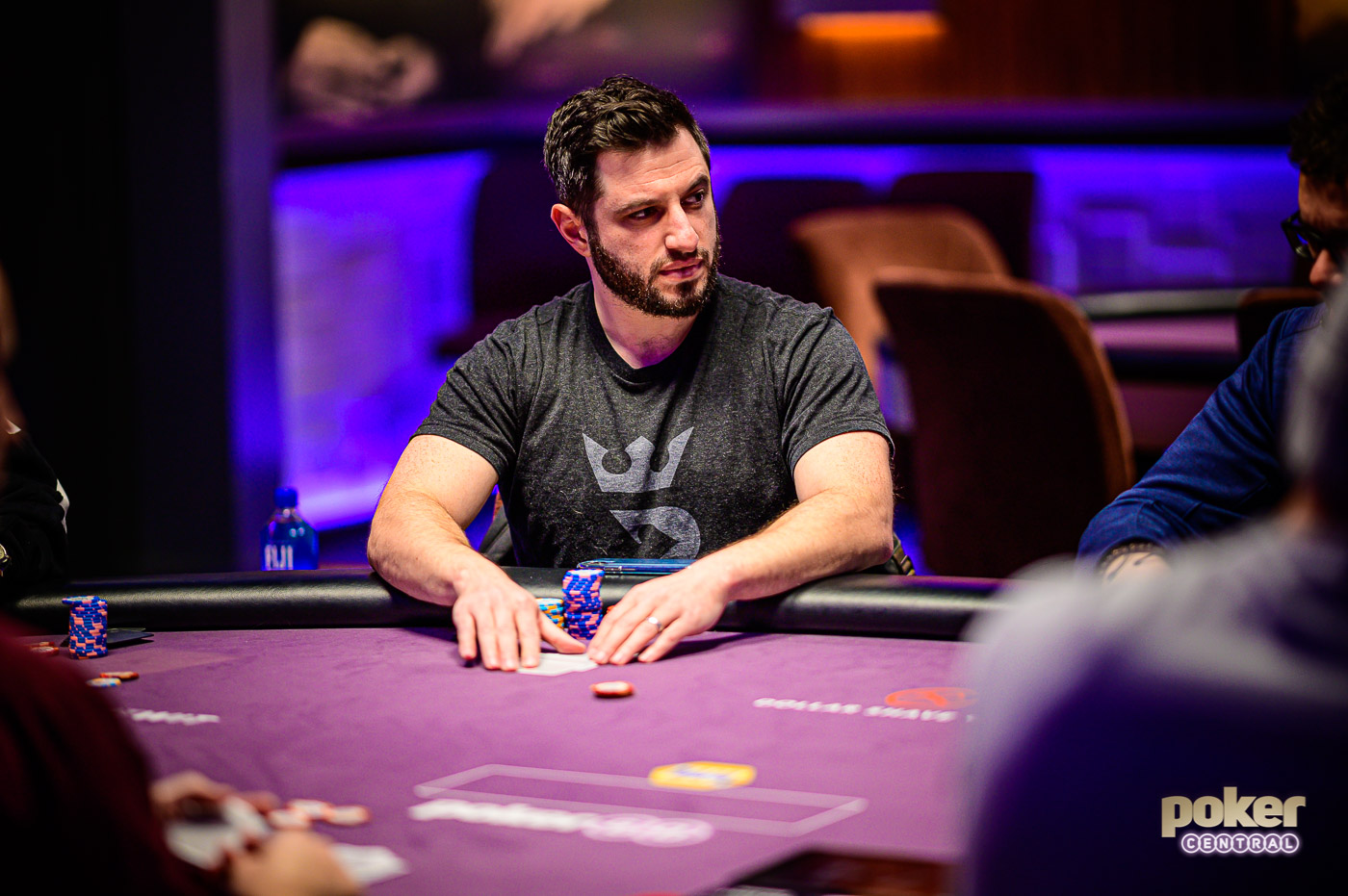 No-Limit Hold'em Phil Galfond raised to 12,000 on the button and Anthony Zinno three-bet to 110,000 from the small blind. Galfond called all in for slightly less. Galfond: [TcTh] Zinno: [QdJd] The board ran out [9h9sAh3cQh] and Galfond was eliminated. 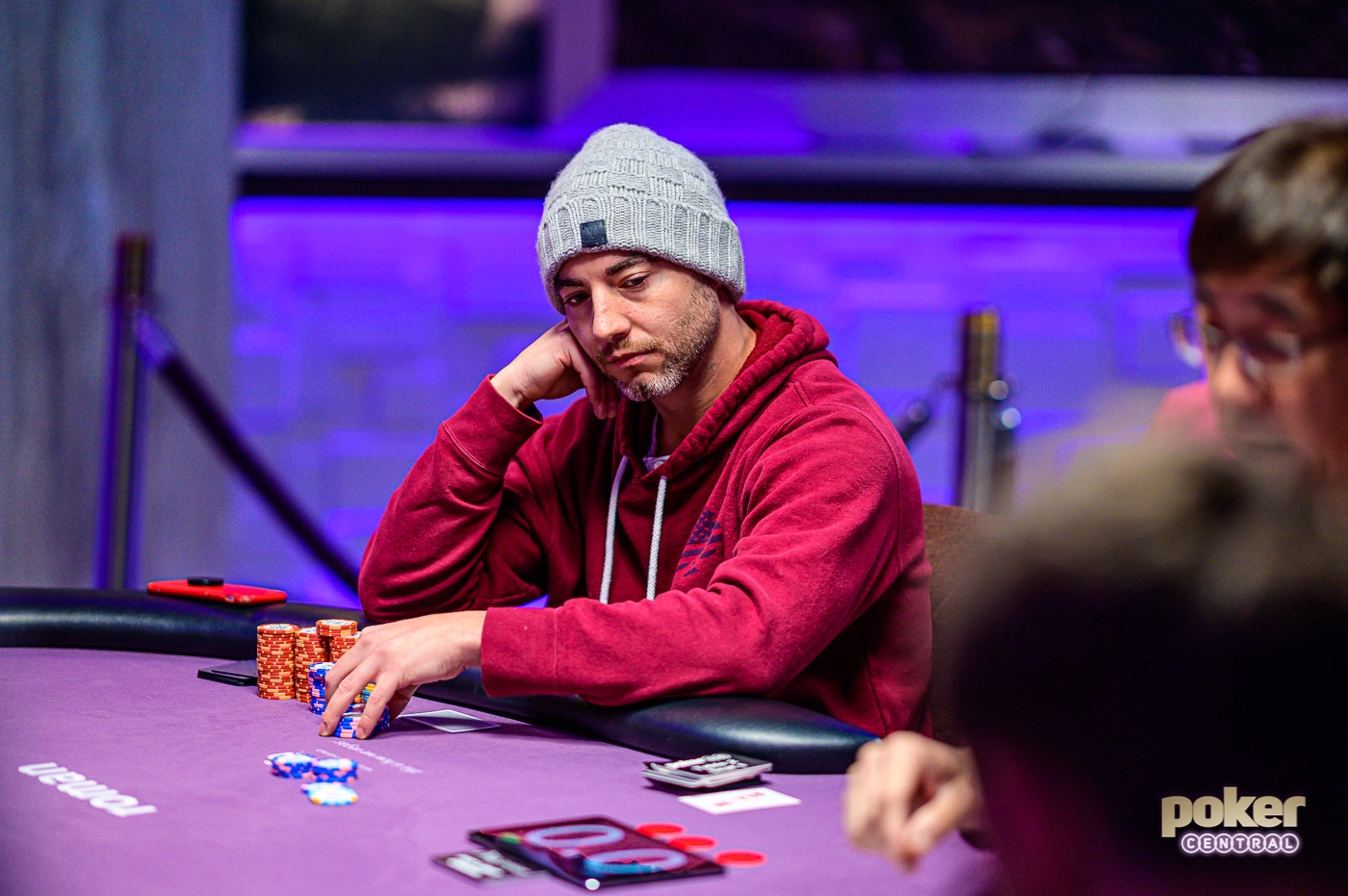 Pot-Limit Omaha Phil Galfond raised to 10,000 in the cutoff and Chance Kornuth called from the big blind. The flop landed [8hTh2h] and Kornuth check-called a bet of 5,000 before the [Kc] checked through on the turn. The river fell the [8c] and Kornuth bet out 25,000 and Galfond called. Kornuth tabled his [8d6d4s2s] 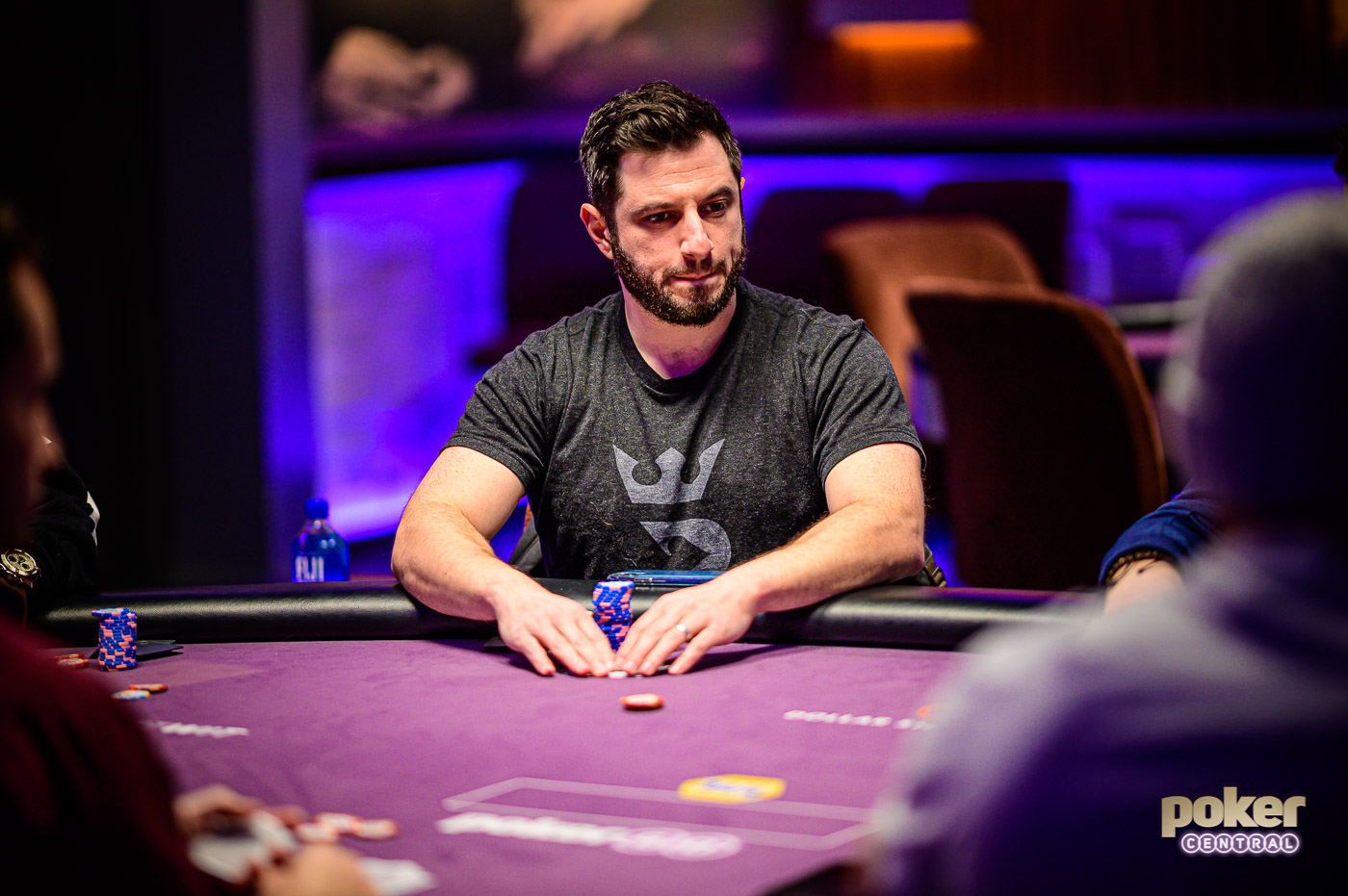 No-Limit 2-7 Single Draw Anthony Zinno raised to 5,000 from under the gun and Nick Salem called on the button, as did Phil Galfond from the big blind. Galfond and Zinno drew one, while Salem drew two and action checked through. Galfond fanned his [Tx9x5x4x2x] and both Zinno and Salem mucked.