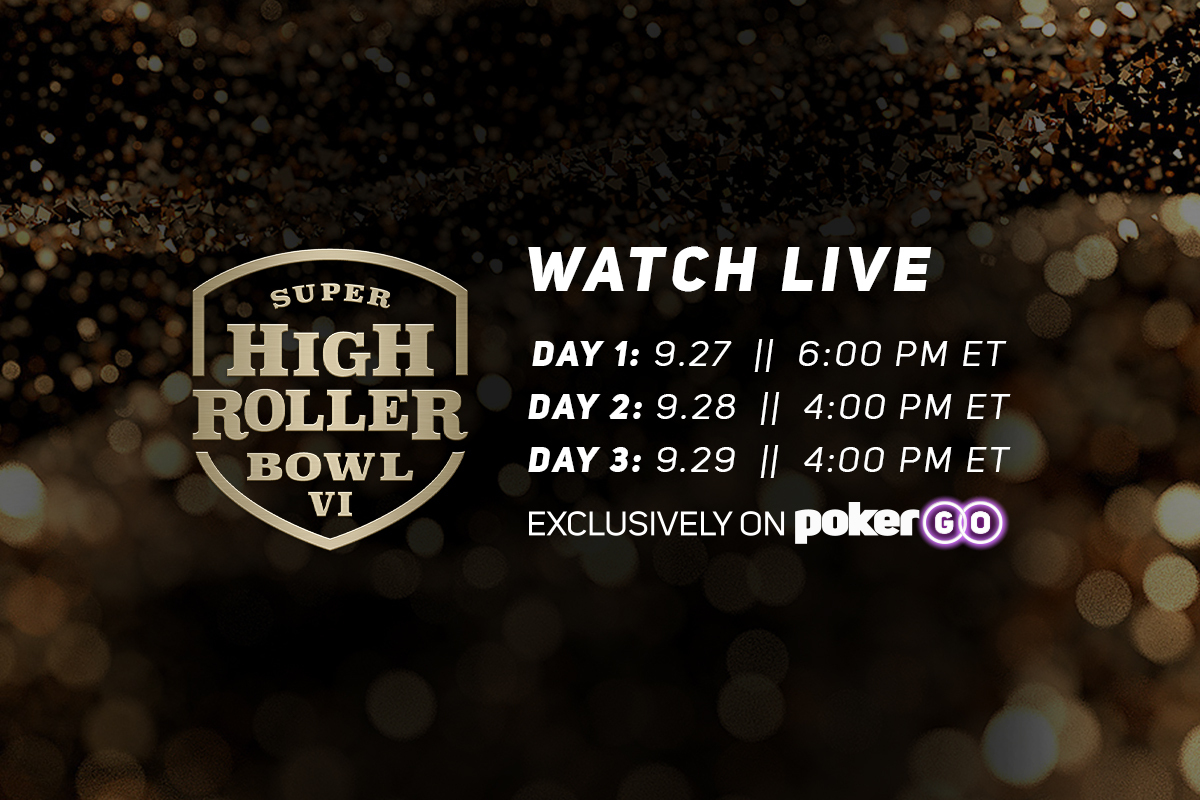 The Super High Roller Bowl VI is set to take center stage from September 27-29, at the PokerGO Studio from ARIA Resort & Casino in Las Vegas, Nevada.

The $300,000 buy-in tournament will be the sixth one held in Las Vegas that has crowned previous champions in Brian Rast, Rainer Kempe, Christoph Vogelsang, Justin Bonomo, and most recently, Isaac Haxton in December 2018.

Use code “SHRB21” for $20 off an annual PokerGO.com subscription now!

Super High Roller Bowl VI will play out over three days with live streams available exclusively on OTT service PokerGO.com. Day 1 is set to play six levels with the stream beginning at the start of level two, while Day 2 and the final table will stream in its entirety on PokerGO.com.

The full PokerGO Tour schedule can be found here, and the current PokerGO Tour leaderboard presented by Guaranteed Rate is available here.