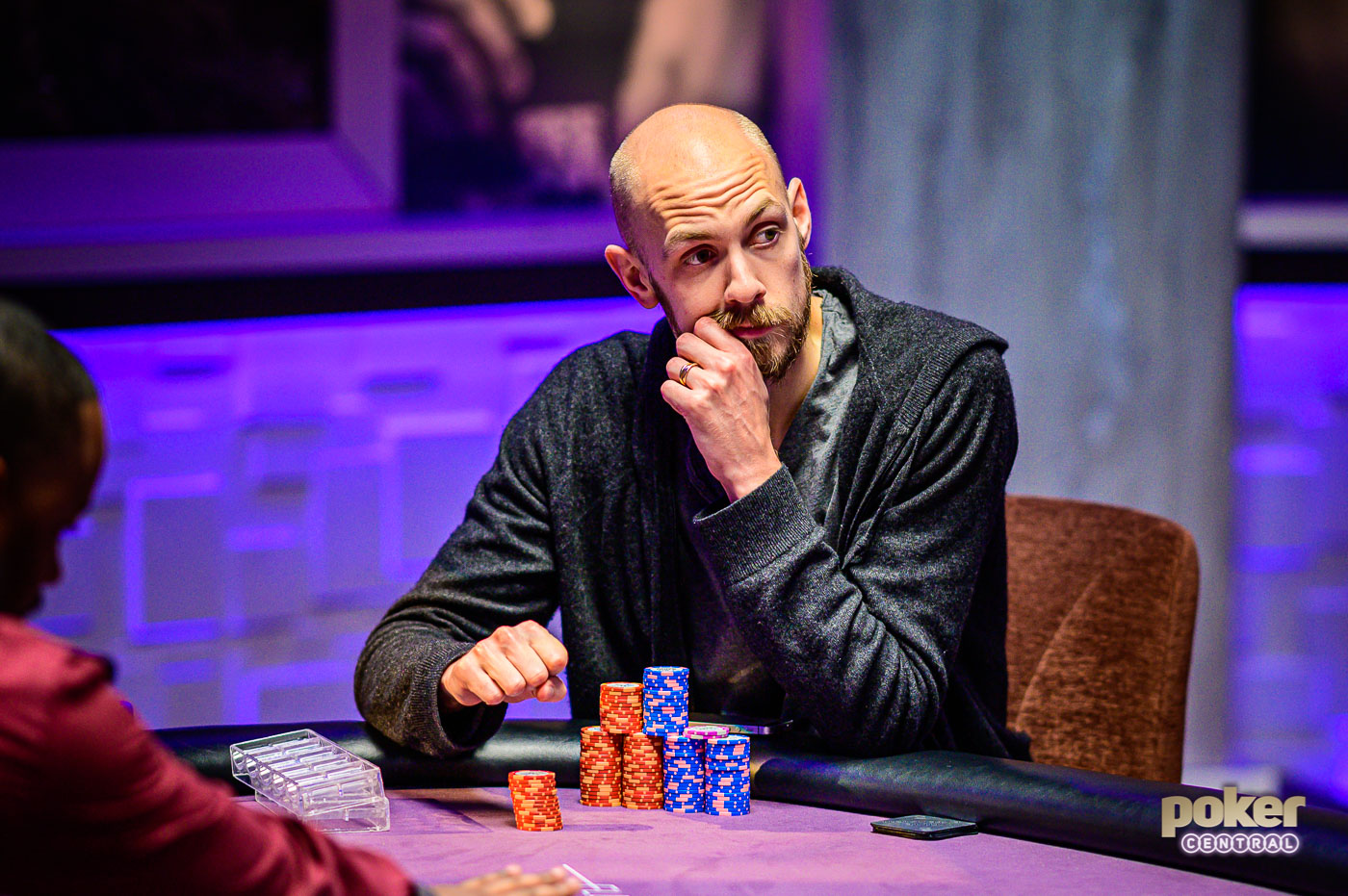 The fifth event of the 2019 Poker Masters saw another poker variant as 52 entrants took a seat inside the PokerGO Studio to partake in Event #5: $10,000 Big Bet Mix. In a game rotation consisting of No-Limit Hold’em, Pot-Limit Omaha, and No-Limit 2-7 Single Draw, the field would be reduced to the final six players in the 19th level of play as Stephen Chidwick would hold a dominating chip lead heading into Saturday’s PokerGO streamed Event #5 final table.

Another new crop of players took a seat inside the PokerGO Studio to partake in the Big Bet Mix, and with 52 entrants, a prize pool of $520,000 was set which paid the final eight players. Action was intense from the start as players looked to build stacks in all differing variants. The redraw to the final two tables however put a stall to the pace of play as a very interesting dynamic developed which saw one table holding roughly 75% of the chips in play, while the other sat with all under-average chip stacks. Once Cary Katz (12th), Anthony Zinno (11th), and John Cynn (10th) were all eliminated and play entered the hand-for-hand stage, it would be high stakes cash game player Sean Perry finishing as the Event #5 bubble boy.

With everyone in-the-money but just one spot off redrawing to the final table, play hit another stall as the short stacks attempted to wait each other out. However, it would be Erik Seidel taking a stand against overwhelming chip leader Chidwick, and when Seidel’s ace-king lost a race to Chidwick’s pocket fives, the final seven players were down to one table. Play would continue for another few levels before Yuri Dzivielevski would fall in seventh place to conclude play for the day.

The final six players are all currently guaranteed a $31,200 payday, but eyes are on the $166,400 first-place prize and title of Event #5 champion. So far during the 2019 Poker Masters, there hasn’t been a chip leader holding such a dominant lead then the one Stephen Chidwick holds. Sitting with 3,680,000 in chips which is good for nearly 60% of the chips in play, Chidwick is chasing his first title of the series following a 14th-place finish in Event #1. Chidwick owns two U.S. Poker Open titles, and one British Poker Open title, but has yet to claim a Poker Masters victory.

Second overall in chips is Australian Kahle Burns fresh off winning two WSOP Europe bracelets. Burns sits with 990,000 in chips, and at one point during seven-handed play was the short stack before finding two doubles to sit in striking distance at claiming his first High Roller Triple Crown event win. Third overall is Brazilian musician, film composer, and music producer Pedro Bromfman who bagged 595,000 in chips. This is Bromfman’s first appearance in the PokerGO Studio, and it has already become a profitable one.

Fourth overall is Frenchman Julien Martini with 505,000 in chips. Like many others at the final table, Martini was the short stack at one point in the money, but he rallied back to find himself right in the middle. This is also Martini’s first cash in a High Roller Triple Crown event. Fifth overall is Dutchman Jorryt van Hoof with 425,000. Van Hoof finished in fourth-place in the Short Deck event a few days ago and will be hoping to better that result in Event #5. Rounding out the final table is the 2019 High Roller of the Year, and Las Vegas resident, Sam Soverel. Soverel entered the final table sitting second in chips, but after a few hands didn’t go his way, he will take 305,000 into the final table as he collects his third cash of the 2019 Poker Masters.