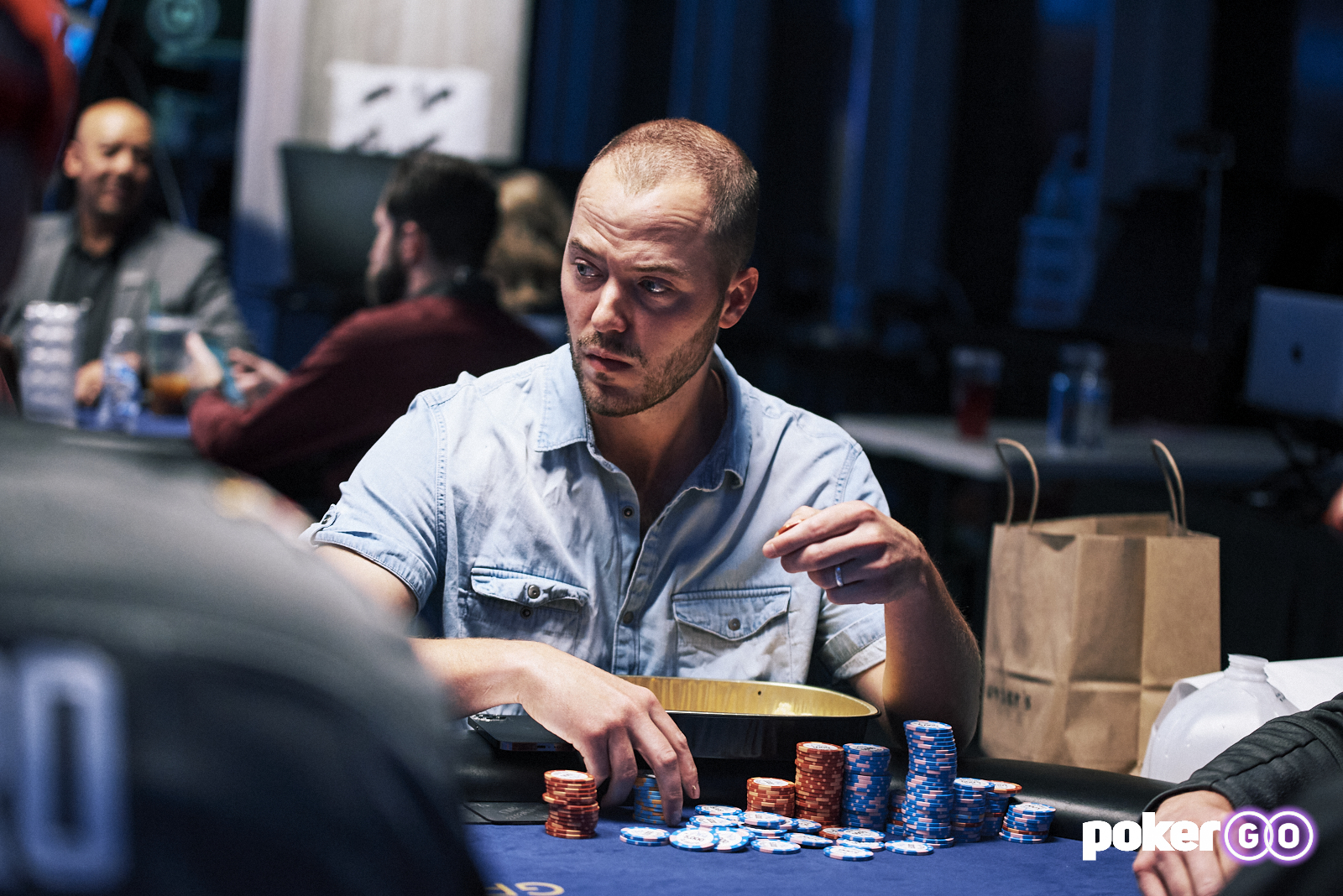 Sean Winter holds a slim chip lead over Bill Klein, and Jonathan Little as Event #12: $50,000 No-Limit Hold’em is down to the final table. Sam Soverel heads into the final table the short stack but is the only player who can catch David Peters for the U.S. Poker Open Crown. Soverel will need to come from behind and win the event, or Peters will become the back-to-back USPO Champion.

Getting to the final six proved quite tedious as the players played seven-handed for just over two hours, and while there weren’t many flops to be seen during those two hours of play, chips were still changing hands at a somewhat rapid pace as Chidwick doubled twice, while Koon and Little doubled once.

However, the final three hands of the evening proved to be the turning point as Koon, who had been sitting with just over a ten big blind stack for thirty minutes, would find his second double of the final table after flopping top pair against the second pair of Klein.

The next shuffle, Little would find himself all-in for his last 620,000 after flopping the nut-flush draw against the king-high flush draw of Vicent Bosca. Both players would make their flush on the river, but Little secured the one million chip pot and left Bosca with just 125,000.

Bosca would be all in the next hand, holding ten-nine against the king-seven of Winter. The board ran out all low cards, and Winter’s king-high held to eliminate Bosca and burst the money bubble. Other notables to finish outside the money included Seth Davies, Sergio Aido, Joe McKeehen, and Andrew Lichtenberger.

When play resumes the remaining six players will have 8:53 remaining in level 14 and the button will be in seat two.

The final six players will return to the PokerGO Studio on Tuesday, June 15, at 12 p.m. PT with the final table airing on PokerGO.com at 1 p.m. PT.