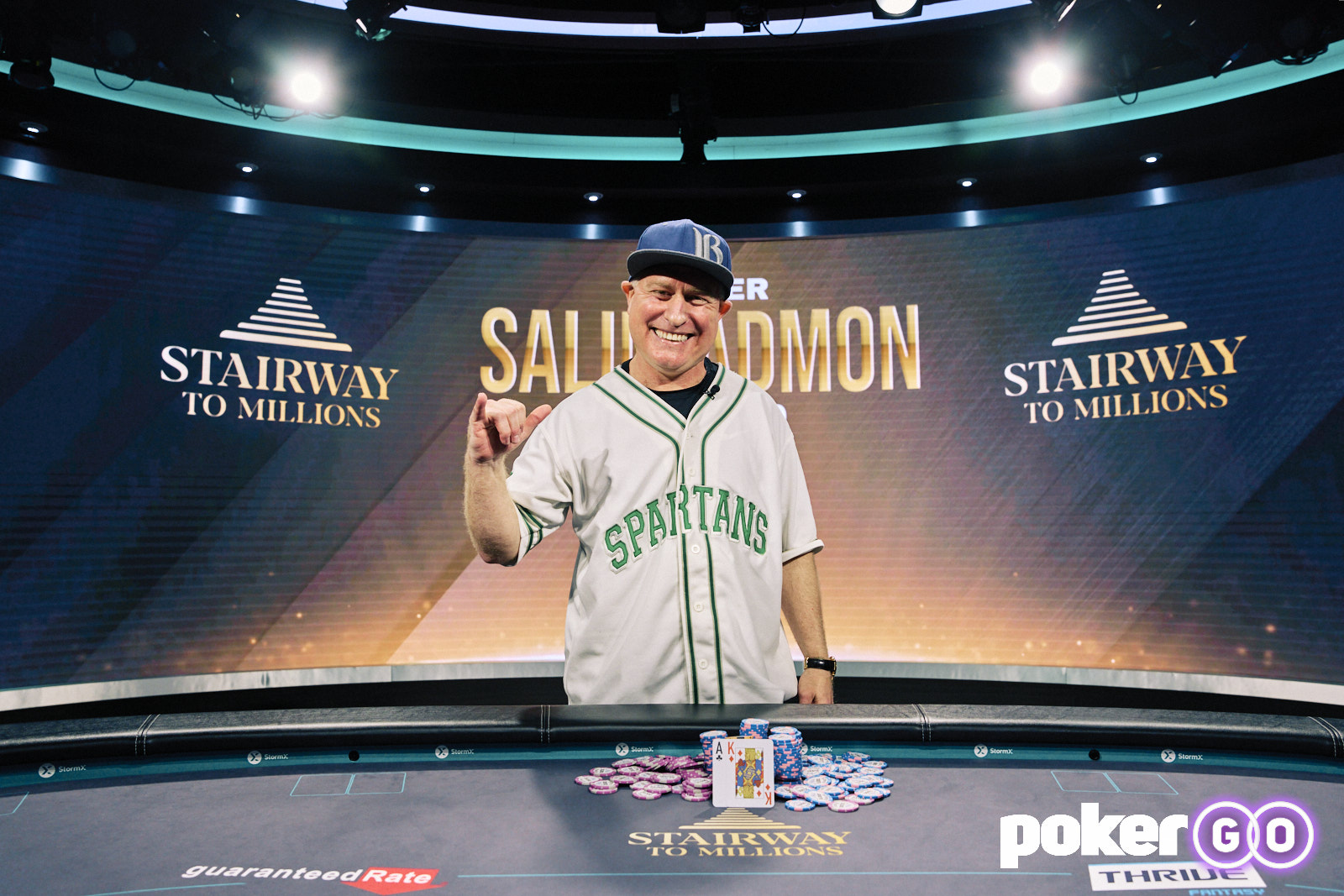 The largest score on Admon’s record came in a PGT-qualifying event in 2021, when he placed fourth in the Wynn Millions tournament for $619,160. In 2020, Admon took second in an MSPT event at Venetian for just under $220,000. Although bigger scores in terms of dollar amount, Admon pointed out how good it feels to get a victory of this magnitude.

“It feels really, really good,” Admon said. “I’ve come close a couple of times and it’s not the same. I’ve actually had a bigger cash, but this feels a little bit better.”

On Day 1, Admon found a double up through Joseph Cheong in Level 6 that pushed him to more than 500,000 in chips. Later that level, Admon busted Cheong. In Level 7, Admon busted Benjamin Miner.

Later in the day, Admon knocked out Straton Wilhelm and Ralph Wong in Level 10. The elimination of Wong brought the field down to nine players, and the final nine combined to a single table. At the time, Admon was in the chip lead.

Nathan Zimnik busted in ninth place, falling on the bubble. He was eliminated by Admon when Admon’s pocket jacks held against Zimnik’s ace-king. After Michael Lang went out in eighth and Shannon Shorr busted in seventh, the final table of six was set for Sunday’s live stream. Admon finished Day 1 second in chips behind only Chris Brewer.

Admon finally got on the board in terms of scoring a knockout on Day 2 when he busted Brewer in third place. Brewer was all in with jack-ten against Admon’s ace-eight. After the money went in preflop, Brewer turned a pair of tens to take the lead in the hand. An ace hit on the river, though, ending the run for Brewer in third place and setting up the heads-up match between Admon and Lonis.

At the start of heads-up play, Lonis had a little bit of a lead over Admon. Lonis started with 2,985,000 to Admon’s 2,615,000. The two traded the chip lead early on in the match before Admon started to extend a lead. Eventually, the two both found Broadway cards in the hole and the money went in.

On the final hand, which took place at the 30,000-60,000 level with a 60,000 big blind ante, Lonis raised on the button with ace-jack, making it 150,000 to go. Admon had ace-king in the big blind and reraised all in. Lonis quickly called to put himself at risk for a little more than 2,000,000 in chips. Lonis couldn’t come from behind on the ace-king-six-seven-four run out and Admon was crowned champion of Event #4.