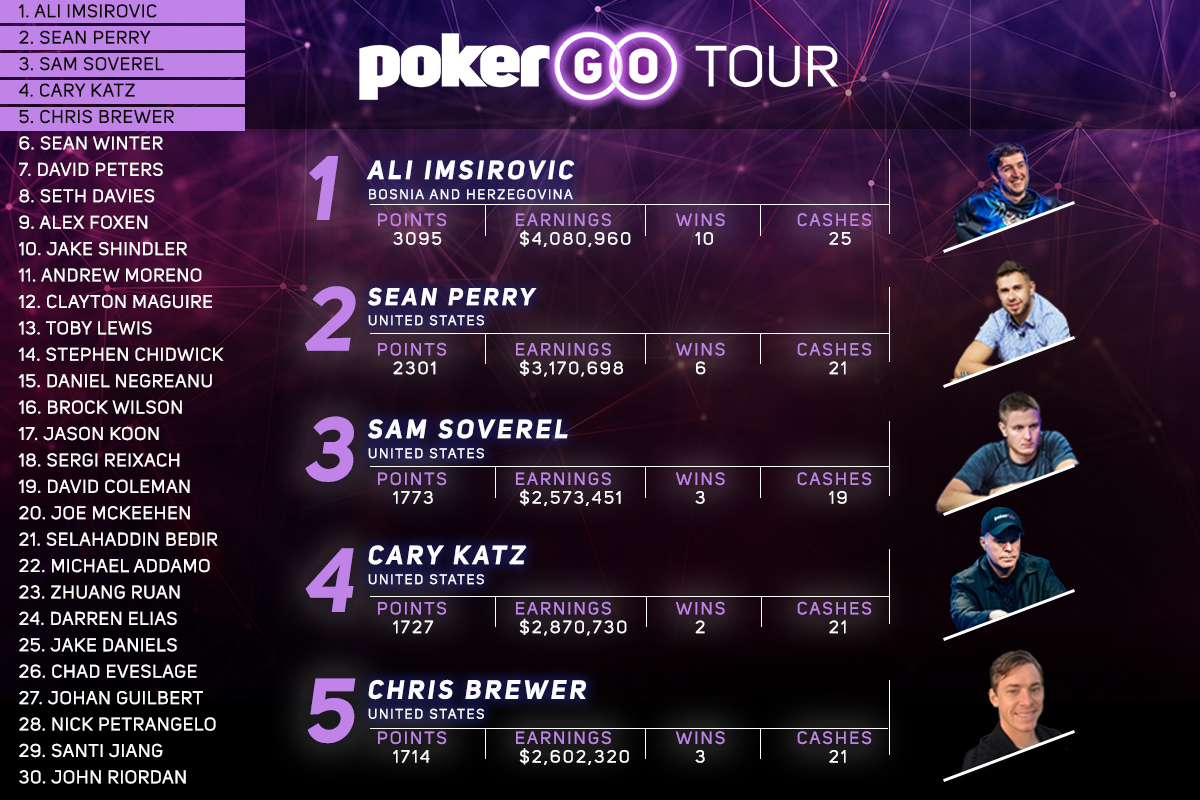 The inaugural season of the PokerGO Tour presented by Guaranteed Rate features the industry’s most high-profile poker tournaments with buy-ins of $10,000 or greater and includes more than 100 tournaments across the globe.

The top performer as ranked by the PokerGO Tour presented by Guaranteed Rate leaderboard will earn the Player of the Year title and be awarded a $200,000 prize. The winner will also have their name etched on the Guaranteed Rate Cup. Additional cash prizes of $100,000 and $50,000 will go to the players finishing in second and third place, respectively.

The 2021 Poker Masters wrapped up over the weekend with 12 high-stakes buy-in tournaments seeing movement across the PokerGO Tour presented by Guaranteed Rate leaderboard. Australian Michael Addamo was a late arrival to the series, but managed to win the final two events for over $1.8 million and claim the honor of being awarded the Poker Masters Purple Jacket. Addamo collected 808 points throughout the series and rose into 22nd place overall. Daniel Negreanu won one event during the Poker Masters and ascended into 15th place while Brock Wilson sits in 16th on the back of his Event #4 win. Nick Petrangelo finished runner-up to Addamo for the Poker Masters Purple Jacket to see him rise into 28th place on the back of his seven total cashes.

2019 Poker Masters Purple Jacket winner Ali Imsirovic continues to hold the top spot after collecting one cash at the Poker Masters, while Sean Perry won Event #2 and closed the gap between the two. Sam Soverel and Cary Katz remain in third and fourth place respectively after they each cashed twice, while Chris Brewer jumped into fifth place overall after cashing four times including winning Event #8 for $427,500.

Sean Winter and David Peters dropped to sixth and seventh place respectively after cashing only once each. New entrants into the top ten include Seth Davies, Jake Schindler, and Alex Foxen. Davies cashed once after finding a victory at the recent Super High Roller Series Europe, while Schindler and Foxen both cashed three times to round out the top ten on the PokerGO Tour presented by Guaranteed Rate leaderboard.