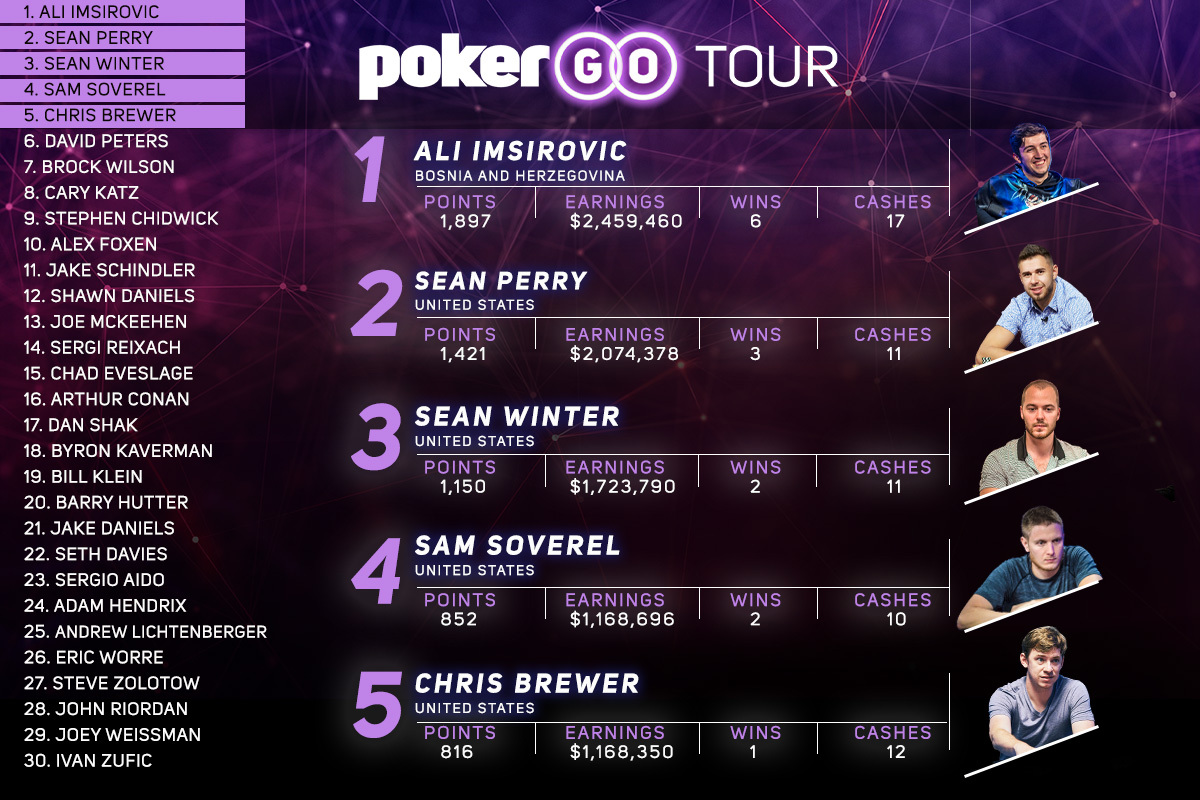 The top performer in the PokerGO Tour will be awarded $100,000 in prize money and be named Player of the Year, while cash prizes of $50,000 and $25,000 will also be awarded to the player that finishes second and third, respectively.

However, the 2021 U.S. Poker Open would belong to David Peters as he won three events and was awarded the U.S. Poker Open Championship. Peters was also the biggest mover on the PokerGO Tour leaderboard as he moved up to sixth place to sit with 646 points.

Poker Masters Purple Jacket winner Ali Imsirovic continues to hold onto his top spot on the PokerGO Tour leaderboard as he sits with 1,897 points and has produced six wins, 17 cashes, and $2,459,460 in total earnings. Sean Perry won the $25,000 buy-in ARIA High Roller to close out the U.S. Poker Open to keep his spot in second place with 1,421 points. Sean Winter moved into third place following his win in Event #12 and now becomes the third place to eclipse the 1,000-point mark, while Sam Soverel sits in fourth with 852 points ahead of Chris Brewer who sits with 816 points.

The next set of tournaments that are part of the PokerGO Tour schedule is the PokerGO Cup that will be held from July 6-14 with eight events on the schedule that culminate in the $100,000 Main Event. Following that will be two ARIA High Rollers, before action heads to the Seminole Hard Rock Hotel & Casino in Fort Lauderdale, Florida, for five high roller tournaments.