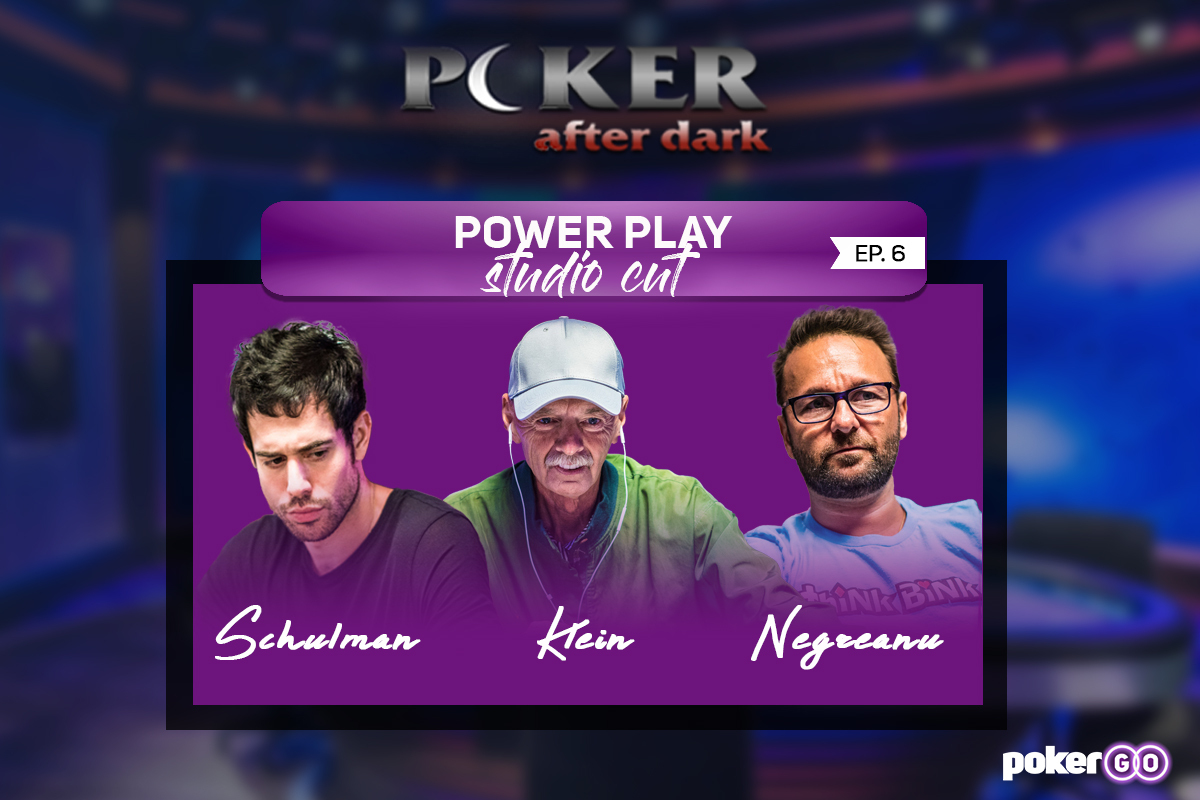 Over 10 hours of action was captured across two nights of $100/$200 No-Limit Hold’em action, and on the first night, Negreanu and Schulman are seated alongside Jean-Robert Bellande, Bob Bright, Bill Klein, John Morgan, and Justin Young. The second night would see Bellande’s seat occupied by Jeremy Ausmus.

The first seven seasons of Poker After Dark saw each week split into six episodes – one of which was a director’s cut – before switching to full streams for the final four seasons from inside the PokerGO Studio. PokerGO is now releasing cut down versions of the live streams in easy-to-consume TV-length episodes of roughly 45-minutes featuring all the highlights and best hands from the week.

Season 10’s “GOAT WEEK” and Season 11’s “One Night in Vegas” have been cut into six and two Studio Cut episodes respectively, and once Season 9’s “Power Play” has released all six Studio Cut episodes, Season 12 of Poker After Dark will premiere with new episodes every Sunday night at 8 p.m. ET.