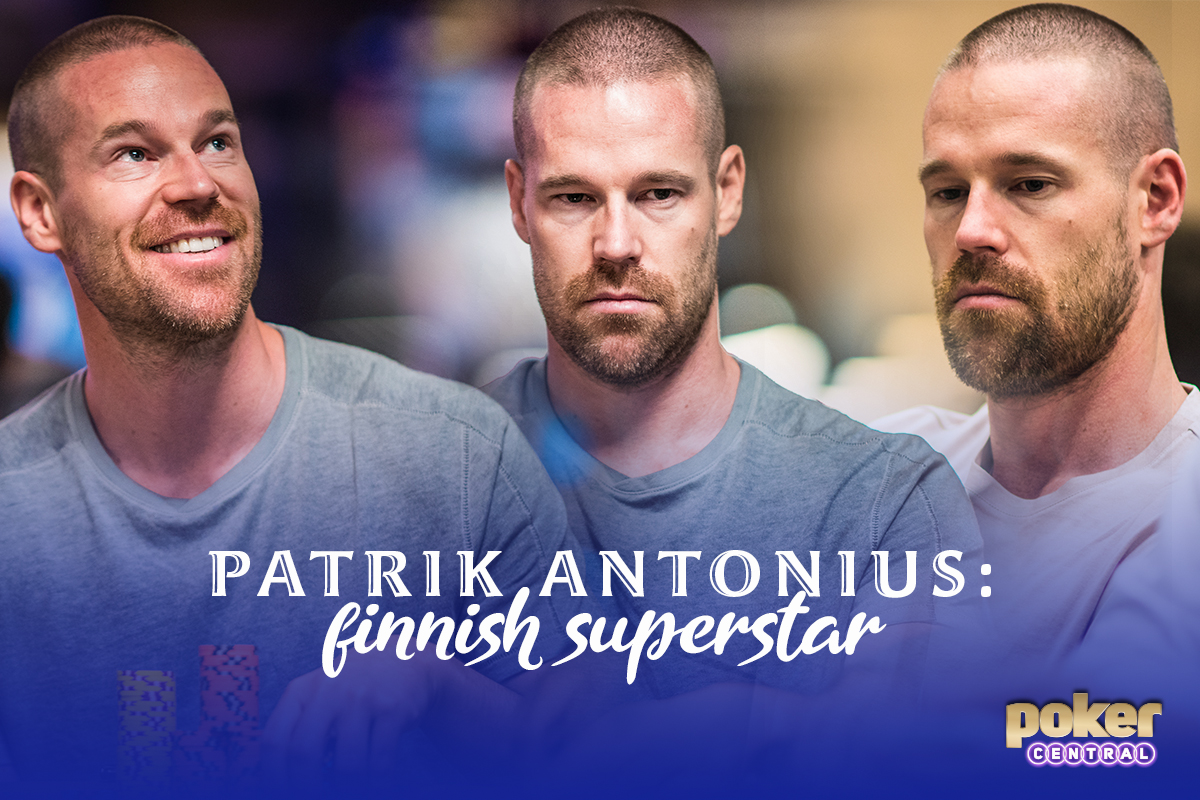 Patrik Antonius is a poker legend.

Think of Patrik Antonius and you might picture nosebleed stakes, whether in live cash games or online battles against the best in the business. For decades, Patrik Antonius the poker player has been synonymous with the elite of the game. But if the Finnish superstar’s status within the game is the only way you know him, then you might be surprised to learn all about Patrik Antonius’ modeling career and former tennis-playing past. This man knows his aces in every sense and has always been a cut above the rest.

Antonius may now be one of the biggest names in poker, but his beginnings hinted at a very different career from the sedentary lifestyle of the poker pro. Antonius began his life modeling and became a tennis coach as well as being a decent player too. Time was split between the modeling shoots and the tennis court, but Antonius had another dream and was playing poker in the background.

Listen to Patrik Antonius on the Heads Up with Remko Podcast.

Antonius, possibly inspired by the Moneymaker Effect, headed out to St. Maarten in the Caribbean and cashed for $3,480, coming 4th in a Pot Limit Omaha tournament. It would be a year before his next live cash, also on the Caribbean island. By then, Antonius was also playing online, rising up the ranks, and took assistance from two well-known pros who themselves would end up being household names in any home that played and watched poker – Marcel Lϋske and Jennifer Harman.

It wasn’t long afterward that Antonius signposted his arrival in major tournaments, reaching the final two tables in the 2005 Bay 101 Shooting Stars event and the last dozen players in the at the PokerStars Caribbean Adventure. Antonius played the World Series of Poker too. It became clear that this highly talented player, who was starting to play in high stakes events too, had the perfect table image for the game of poker.

THE BLACK LOTUS MAKES HIS NAME ACROSS THE WORLD

Nicknamed ‘The Black Lotus’, as well as ‘The Finn’, Antonius had it all – a great poker career, playing ever-growing stakes and carving a name for himself in live events too. In December of 2005, he made what is still his third-highest cash on the live tour when he came 2nd in the Five Diamond World Poker Classic in Las Vegas, winning just over $1.04 million.

Antonius’ only two scores that superseded that amount are the $1.2m he won by finishing as runner-up at the 2012 Aussie Millions $250,000 Challenge in Melbourne and the 2018 heads-up defeat to Justin Bonomo in the Macau Super High Roller Bowl. In fact, Antonius’ highest six cashes in live events amount to final table finishes that didn’t convert into wins!

It is, of course, online that Patrik Antonius became a huge name. This time, it wasn’t just as a big winner, although his success at the PokerStars and Full Tilt Poker tables was the cornerstone of his reputation.

In becoming one of the biggest poker names in the world, Patrik Antonius has proved his chops in an incredible number of events in any number of poker formats and has also shown that he can lose millions but still come back and fight another day. That’s the quality of a true champion and one with a mind as strong as his smash on the tennis court and stare to the camera.

Patrik Antonius is a living legend at the poker felt and if you want to watch the best, sign up today to subscribe to PokerGO. You’ll have access to the world’s best poker content 24 hours a day 7 days a week including live poker footage and the best archive drama in poker history.