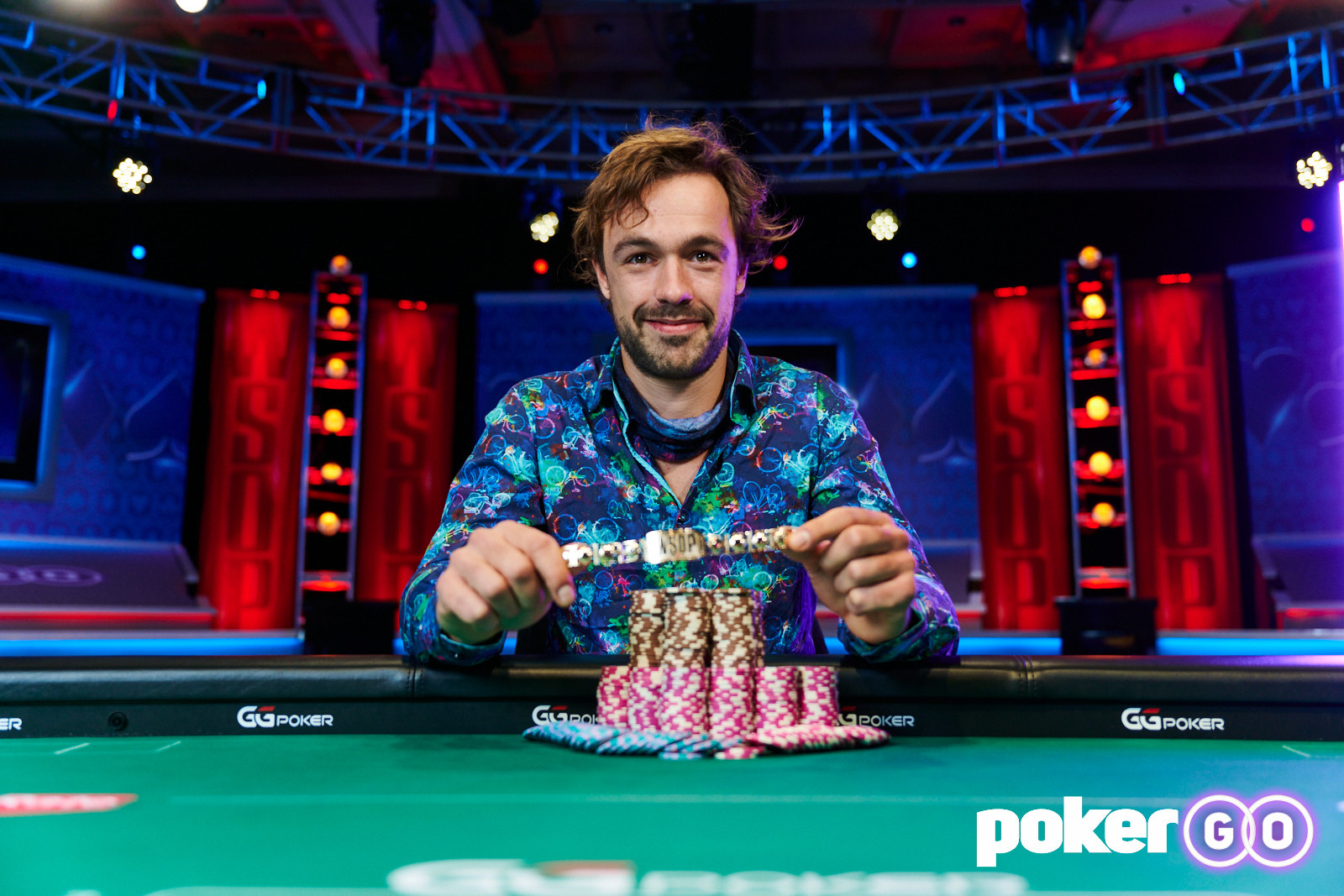 Ole Schemion is finally a World Series of Poker gold bracelet winner. Schemion topped a field of 468 entries in Event #79: $1,979 Poker Hall of Fame Bounty to win his first piece of WSOP jewelry and $172,499 in prize money.

Schemion entered the event already having more than $16,000,000 in live tournament earnings on his résumé, including several victories. Among the several wins Schemion already had were a World Poker Tour title, a Partouche Poker Tour title, and several high roller victories including a huge €1,597,800 score from winning the EPT Grand Final €100,000 Super High Roller in 2016. But even through all of his success on both the live and online felts, a WSOP gold bracelet had always escaped Schemion. His previous highest finish in a WSOP event came at the 2019 WSOP Europe when Schemion placed sixth in the €100,000 Diamond High Roller.

At the 2021 WSOP in Las Vegas, the victory in Poker Hall of Fame Bounty was the first cash of the series for Schemion, although he did cash four times in the GGPoker WSOP Online series in September.

Schemion finished Day 1 of the Poker Hall of Fame Bounty tournament in 16th place on the leaderboard with 63 players remaining. He ran his starting stack of 30,000 up to 333,000 to end the day.

On Day 2, Schemion surged on even further, turning those 333,000 in chips into 6,905,000 with six players remaining. That put Schemion in a commanding chip position entering the final table of six that was live streamed on PokerGO.com. Schemion had just shy of 50% of the chips in play at that point and the next closest stack was Giovani Torre’s 2,720,000.

When the final table began, Schemion picked up right where he left off. He busted Jerry Wong in sixth place when his pocket sixes held up against Wong’s queen-jack of clubs. After James Alexander finished in fifth place, busting to Marc Rivera, Schemion sent Rivera home in a crazy fashion. With his huge lead, Schemion moved all in from under the gun with three-two of clubs. Rivera called from the big blind with pocket nines, but Schemion ran out a straight to get play down to three-handed play.

After that, Schemion’s ten-eight of diamonds took out Torre’s jack-six of hearts to get down to heads-up play. The money went in preflop, and even though Torre flopped jacks and sixes, Schemion benefitted from the board running out with two tens to give him trips.

Heads-up play didn’t last long, and that’s because Schemion had a huge lead to start with 12,400,000 in chips to Benjamin Underwood’s 1,700,000. The two only played a few hands before Underwood was eliminated in second place.

On the final hand, Schemion shoved the button with ace-five and Underwood called all in with king-jack. Schemion flopped trip aces but Underwood wasn’t dead yet because he had a gutshot to Broadway. He missed the turn and river, though, and was eliminated in second place.