You are here
Home > News > No Gamble, No Future Episode 19 on Today at 5 p.m. ET with Phil Hellmuth’s Next Opponent 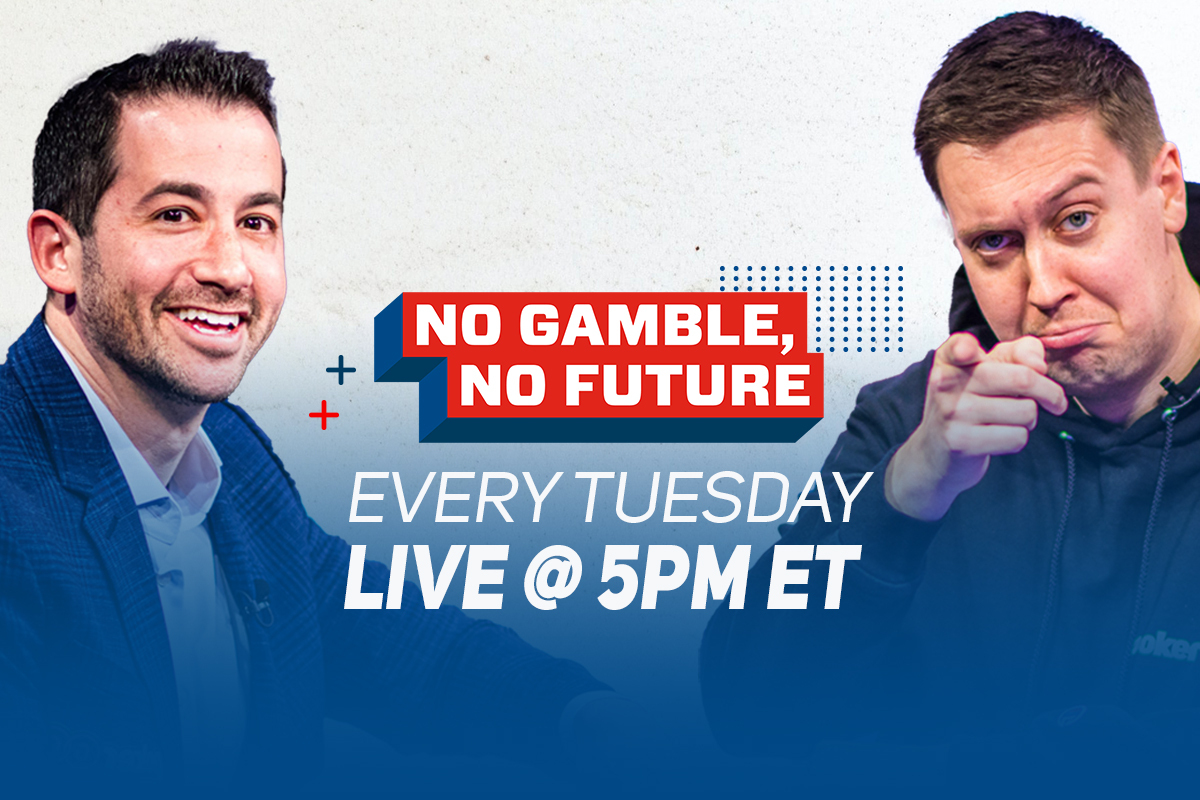 Jeff Platt and Brent Hanks will host PokerGO.com’s newest show with No Gamble, No Future airing every Tuesday at 5 p.m. ET on the show’s YouTube channel.

No Gamble, No Future will be dedicated to everything related to sports gambling. From the discussion of recent scores and upcoming previews, and of course, which picks Platt and Hanks are eyeing on their weekly betting cards as they look to hit big.

“We’re incredibly excited to have this opportunity to launch No Gamble, No Future,” Platt said on the launch of the new show. “It’s something Brent and I have been discussing for a long time. Gambling is a part of our everyday lives, and it’s a topic we’re passionate about.

No Gamble, No Future will air every Tuesday on the new YouTube channel, and it will heavily involve interaction from the audience through chat as there will be a dedicated segment on who the viewers are deciding to bet on this week.

Episode 19 of No Gamble, No Future, is all about a big announcement! That announcement is who will be Phil Hellmuth‘s upcoming High Stakes Duel III opponent. Hanks and Platt will not only reveal Hellmuth’s next opponent, but also be joined by them on the show to discuss how he plans to approach the match with Hellmuth.

On the last episode of No Gamble, No Future, Platt and Hanks were joined by High Stakes Duel II opponents Phil Hellmuth and Daniel Negreanu. They discussed their upcoming Round 3 match that would see these two poker legends square off for $400,000. Watch Episode 18 below:

“We look forward to delivering all of our sharp plays to the audience,” Platt said. “Just kidding, we won’t be sharp at all, but maybe we’ll stumble upon some winners.”