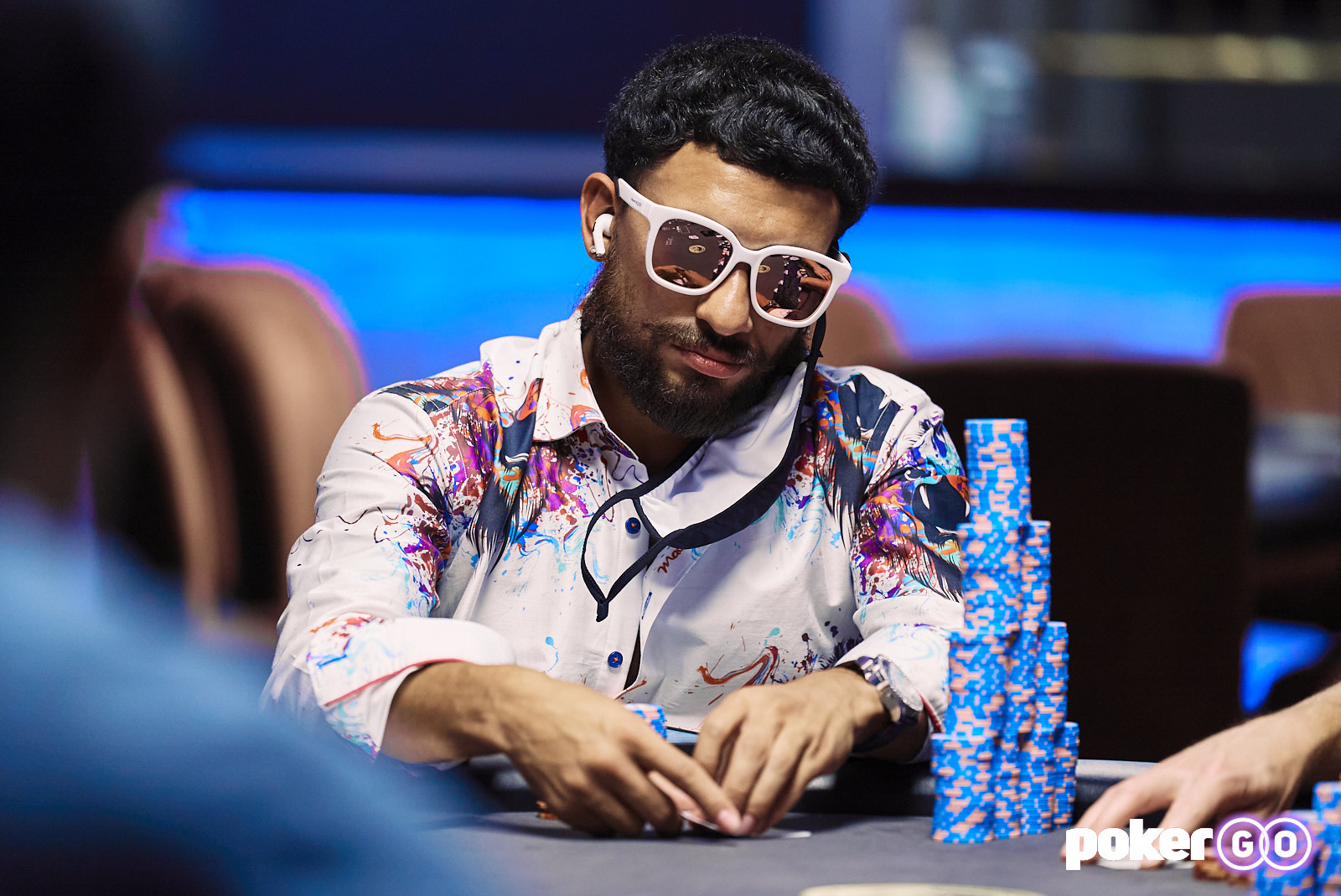 For the second day in a row, Lou Garza eliminated the final three players of the evening and leads the final table of Event #9 $25,000 Pot-Limit Omaha. Joining Garza at the final table are Jeremy Ausmus, Miles Rampel, Sean Winter, and Ben Lamb.

After going by Ap Louis Garza for the last week, Garza made it a point at the table he wanted to go by Lou, but the new name didn’t affect the play as Garza continued his aggressive style being unafraid to play big pots.

Garza played his first million chip pot of the night to send us to the final table when he eliminated Cary Katz on the money bubble. Katz was all-in on the turn holding top two pair and the nut spade draw against the straight flush draw, wrap, and nut diamond draw of Garza. The river completed Garza’s straight and sent Katz to the rail just shy of his second cash of the series. The hand gave Garza the chip lead heading into the final seven, and he added to it from there.

Jake Daniels was card dead for the majority of the final table and would get his last 350,000 into the middle holding

of Garza. The board ran out

, and Garza flopped top two pair and improved to a flush by the river to eliminate Daniels in seventh place for $43,000.

On the last hand of level 12, with the rest of the players already headed out the door for a ten-minute break, Garza opened to 50,000 on the button and Stephen Chidwick three-bet pot to 180,000 from the big blind. Garza called, and the flop fell

for a pair of kings, and Garza tabled

for a pair of fives and a gutshot straight draw. The turn

improved Chidwick to a pair of aces, but when the river fell the

, Garza improved to two pair to eliminate Chidwick and end the day with 49% percent of the chips in play.

Garza finished third in the last two events and sits in sixth place with 234 points, 124 points behind Brock Wilson, who sits in first with 358 points. Garza needs a second place or better finish to jump Wilson and move into first place. Ausmus, Lamb, Rampel, and Winter all sit well outside the top ten, but with 219 points up for grabs for first place, and three events to go it’s still anybody’s jacket to win.

The final five players will return to the PokerGO Studio on Thursday, September 16, at 12 p.m. PT with the final table airing on PokerGO.com at 1 p.m. PT.