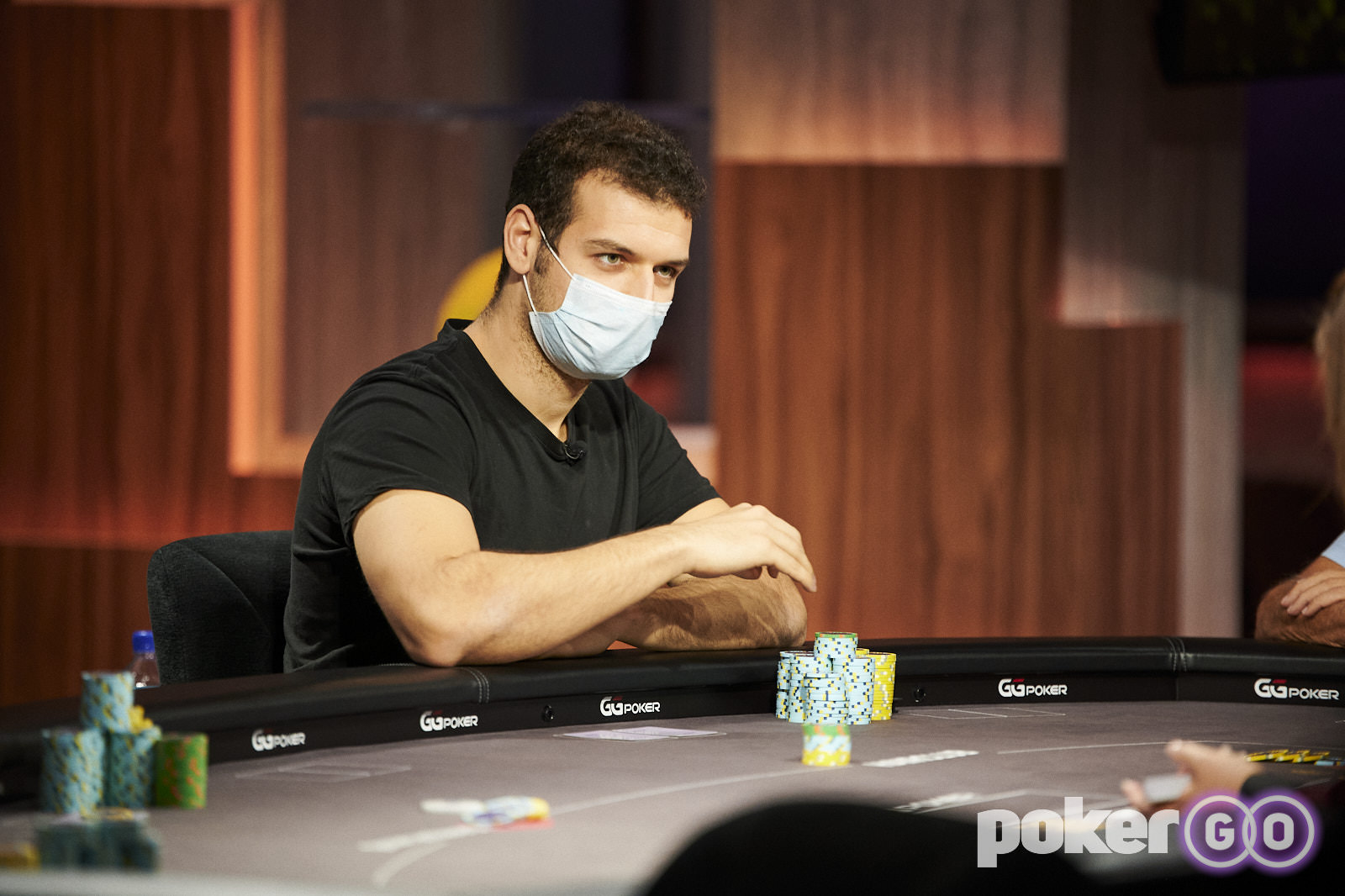 Fresh off winning the final two events to capture the 2021 Poker Masters Purple Jacket, Michael Addamo heads into the final day of Super High Roller Bowl VI with a nearly three-to-one chip lead over his two closest competitors, Justin Bonomo and Sean Winter. Addamo finished Day 2 with 2,900,000, with Bonomo and Winter bagging up 1,110,000 and 1,070,000, respectively.

Joining Addamo, Bonomo, and Winter in the final five are Alex Foxen and Chris Brewer. Brewer will be the short stack when play resumes on Wednesday, bagging up 380,000 after Day 2, which is good for just 19 big blinds. Alex Foxen finished Day 2 with 830,000.

“It’s a good spot for me tomorrow,” Addamo said. “It’s a big min-cash, so that’s going to be tough with all the players, but it should be good. We’ll see how we go.”

Addamo’s big chip lead was secured when he won a huge pot against Bill Klein in the final level of Day 2. When the clash took place, Klein was the chip leader and Addamo was second in chips by only a slight margin, and there were six players remaining.

and Klein bet 200,000. Addamo called. The dealer burned and turned the

to pair the board and Klein used a time extension before he bet 350,000. Addamo called. The river was the

and Klein moved all in for 615,000. Addamo, who had 580,000 in chips left on the river, went into the tank and used five time extensions before finally making the call. Klein tabled the

, but Addamo tabled the

“It’s pretty unreal,” Addamo said after bagging up. “That was a big hand against Bill [Klein] there, it was a crazy spot. I’m still in a bit of shock … I thought he might have some bluffs there. I felt like he might’ve been bluffing that time.”

Klein was left with just 35,000 after the hand and would be all in from the big blind the next hand holding the

of Winter. The board ran out

and Winter held the better ace high to send Klein to the rail in sixth place.

Other notables to be eliminated on Day 2 included Seth Davies in seventh place, Sam Soverel in eighth place, Bryn Kenney in ninth place, and David Peters in 10th place.

*When play resumes there is 30:56 remaining in Level 12, the button is in Seat 2, and there is a dead small blind.

With 10 players remaining following day one, and the addition of Winter and Soverel to start day two, the 21-entrant field created a prize pool of $6.3 million, with the winner taking home $3.4 million. None of the remaining five players have cashed and will play a million-dollar bubble when play resumes, with third place taking home $1,008,000 and fourth walking away with nothing.

Should Bonomo win the event, he will overtake Bryn Kenney for first place on the all-time money list with $56,665,236 to Kenney’s $56,403,505. If Addamo wins, we will pass 2005 WSOP Main Event winner Joe Hachem to become Australia’s all-time money winner and cap off a two-week run inside the poker go studio with over five million in earnings.

The final five players will return to the PokerGO Studio on Wednesday, September 29, at 12 p.m. PT with the final table airing on PokerGO.com at 1 p.m. PT.