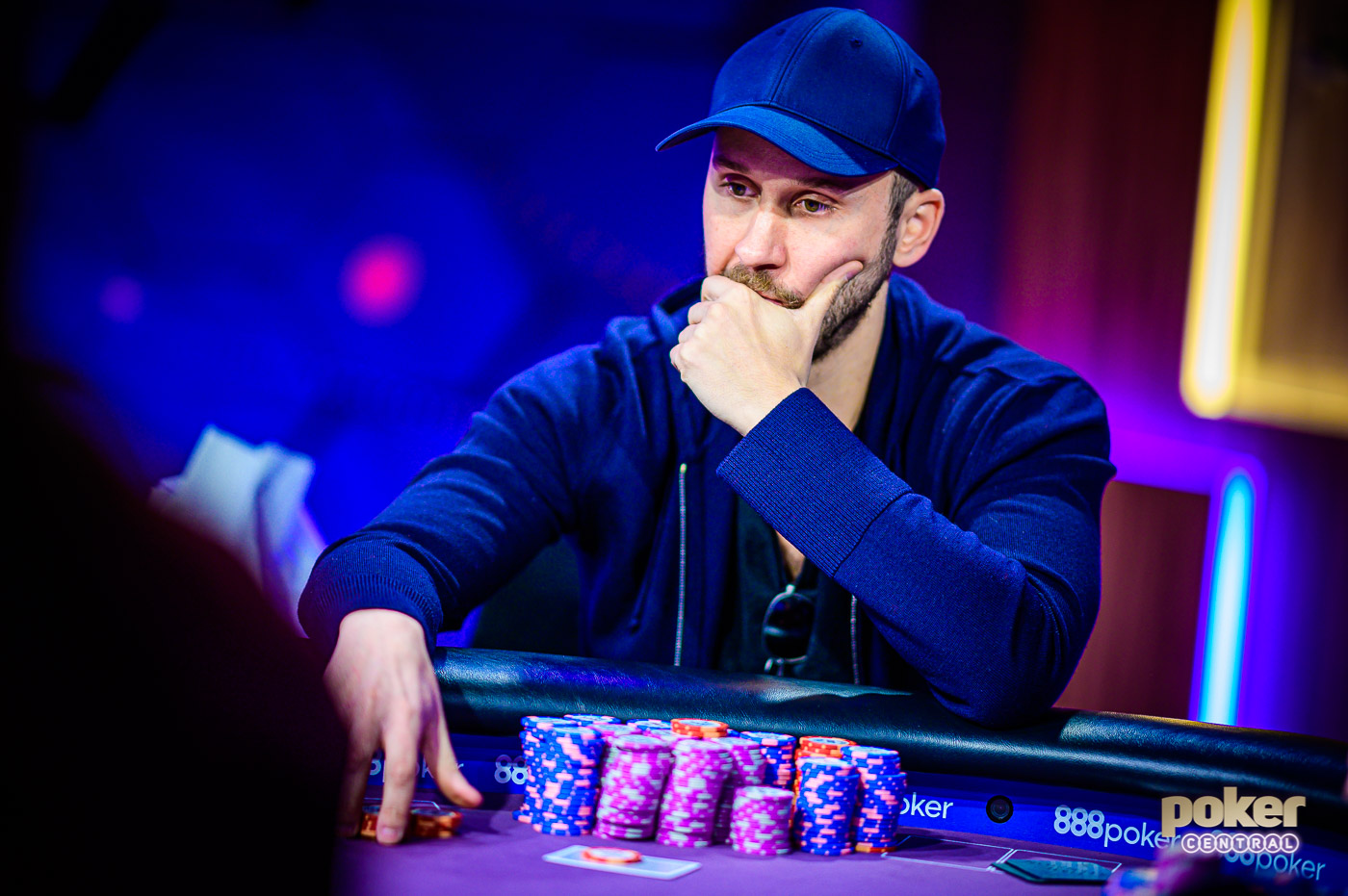 The third event of the 2019 Poker Masters saw the deck shortened as 37 entrants took a seat inside the PokerGO Studio for Event #3: $10,000 Short Deck. After nearly 13 full levels of play, Jonathan Depa finished as the chip leader with 3,305,000 in chips heading into Thursday’s PokerGO streamed Event #3 final table.

After opening the 2019 Poker Masters with a No-Limit Hold’em and a Pot-Limit Omaha event, the schedule saw the game of Short Deck take center stage. A smaller field turned out for this event, but the action was crazy as ever as each player had essentially three bullets for each buy-in. With players looking to gamble on their bullets, chips flew round the tables as players found themselves on the top of the leaderboard and then a few hands later reaching for an add-on.

Once registration closed with 18 players still in the field, a flurry of eliminations occurred including a three-person bustout courtesy of Jonathan Depa. Once the field was quickly down to eight players, soft hand-for-hand was implemented before Thai Ha – fresh of two cashes this Poker Masters – fell in eighth place. The final seven players redrew to the final table and many doubles occurred before Todd Ivens would be the unfortunately Event #3 bubble boy when he was eliminated by Sam Soverel to conclude play for the day.

The final six players are all guaranteed a $22,200 payday, but all eyes will be on claiming the first-place prize of $133,200, and the title of Event #3 champion. Leading the final six into Thursday’s final table is Jonathan Depa with 3,305,000 in chips. Depa had two cashes at the 2018 Poker Masters including a seventh-place finish in the Short Deck, and most recently at WSOP Europe, Depa collected three cashes in Short Deck events including a win in the non-bracelet €50,000 Short Deck High Roller event. Sitting second overall is Erik Seidel with 2,065,000 in chips. Seidel has over $35.7 million in lifetime earnings which includes two Super High Roller Bowl final tables, and three combined cashes at the Poker Masters and U.S. Poker Open. Seidel has yet to win a High Roller Triple Crown event, but his opportunity comes in this event.

Ben Yu sits third overall with 1,745,000 in chips two 2018 Poker Masters cashes, and three 2019 U.S. Poker Open cashes, and will be hoping that his sixth appearance at a final table inside the PokerGO Studio can yield his first victory in a High Roller Triple Crown event in similar fashion to Seidel. Fourth overall is Jorryt van Hoof with 1,425,000 and is the only non-American at the final table. Most known for his third-place finish in the 2014 WSOP Main Event, van Hoof is playing his first Poker Masters and has now registering his first cash after three events.

The final two players sit neck-and-neck in the chip counts page as Alex Foxen sits with 1,285,000 in chips ahead of Sam Soverel with 1,265,000 in chips. Both Foxen and Soverel are regulars in events held inside the PokerGO Studio, and both players are registering their second cash of the 2019 Poker Masters after finishing in 12th place and 5th place respectively in Event #1.