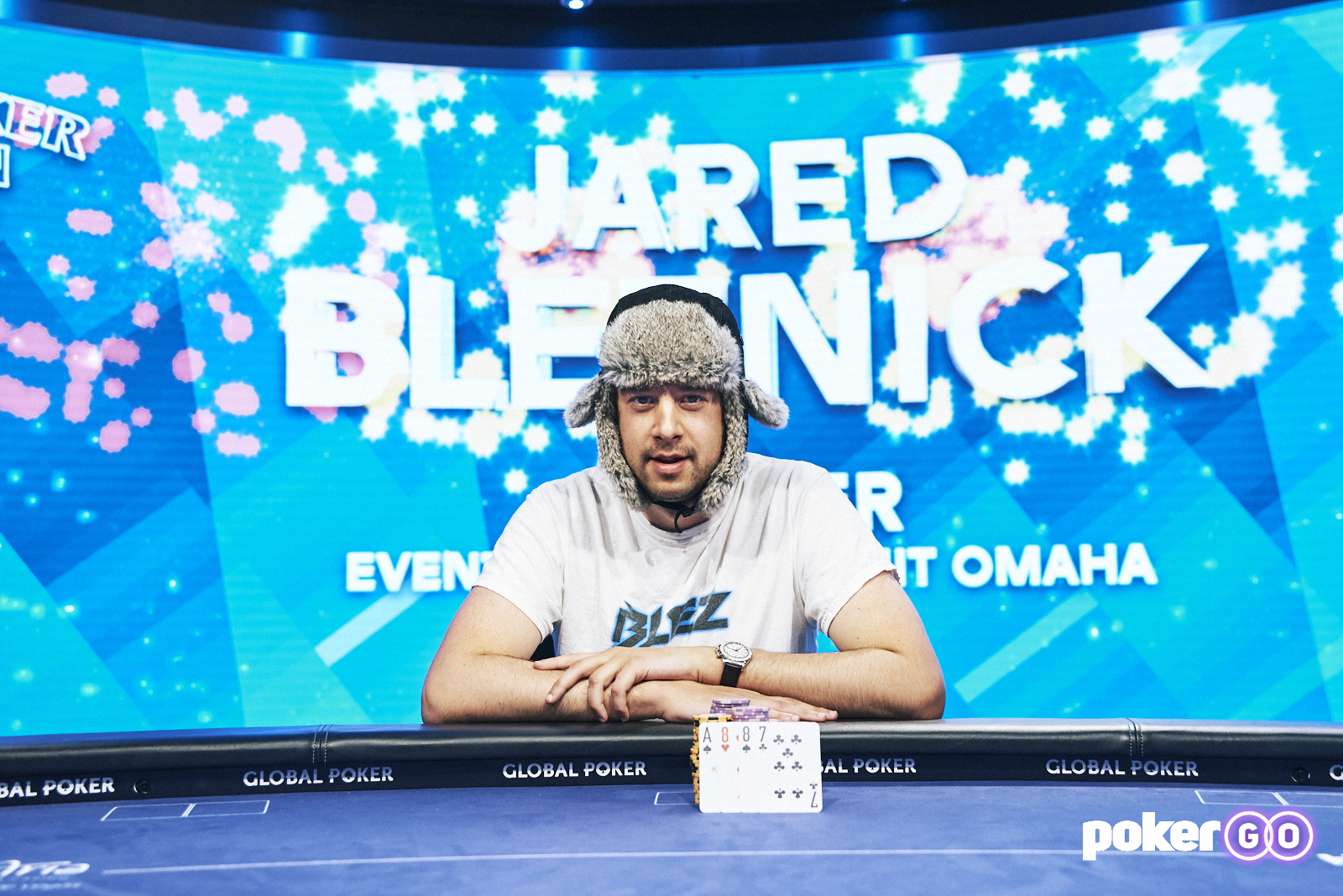 Jared Bleznick started with the chip lead, hung in there as the short stack, built his stack back up, and came out victorious in Event #8: $10,000 Pot Limit Omaha of the 2021 U.S. Poker Open. Bleznick defeated Maxx Coleman heads up who jumped into fifth place on the Championship standings, still well behind Joe McKeehen who’s held the lead ever since booking a win earlier this week. There are four events left to be played out and the overall champion will receive the 54-lbs gold eagle trophy and $50,000 cash prize.

The first big hand of the final table took place between Christopher Usude and Frank Crivello. Usude ended up all in holding kings with jack-four versus Crivello’s aces with queen-seven. Both players held two spades but Usude had two diamonds as well to give him a better chance to double up. The flop brought two diamonds and Usude completed his flush before fading Crivello’s river outs for a full house. Usude doubled up to 25 big blinds while Crivello was left with just 1 big blind and he busted two hands later in sixth place.

Joseph Sanders was sitting on 18 big blinds when the following hand sent him to the rail in fifth place. Maxx Coleman, who held a commanding chip lead, raised holding ace-king doubled suited with seven-six to go along with it and Sanders three-bet to commit a third of his stack with king-king-seven-five. Coleman called and saw deuce-eight-five roll off the deck. Sanders moved all in and Coleman called with his straight draw and two backdoor flush draws. The turn brought the nine of clubs, giving Coleman a flush draw, and the ten of clubs completed the board to send Sanders to the rail.

Former Poker Masters champion Ali Imsirovic hung in tough for a long time despite claiming on Twitter that he had “no idea” what he was doing. Ultimately, however, Imsirovic busted in fourth place, his best-ever placement in a PLO tournament. On his final hand, Ismirovic got it in before the flop with ace-jack-jack-five double suited versus Coleman’s king-king-seven-three double suited. Imsirovic flopped a set but Coleman rivered a straight to take down the pot.

Usude recorded the largest score of his poker career but his great run finally came to an end in third place. Usude limped with ace-ten-nine-five from the small blind and Coleman checked in the big. The flop brought out ace-king-deuc with two diamonds and Usude check-raised all in. Coleman called with a flush draw holding seven-six-six-three and he hit it right away on the turn to bring this event down the heads-up play.

Bleznick, who started today as the chip leader, slowly chipped up during heads-up play to grab a commanding lead. On the final hand, Bleznick raised to 425,000 with ace-eight-eight-seven with two spades and Coleman called with nine-seven-six-deuce with two clubs and two diamonds. Coleman started the hand with 1.3 million and he moved all-in for 725,000 on the flop that showed ten-seven-four. Bleznick called and neither the turn nor the river could make Coleman’s hand the winning one.

The 2021 U.S. Poker Open continues right now as Event #9: $10,000 No Limit Hold’em is in full swing. Check out our Live Reporting right here and tune into the final table of that event at 1:00 pm PT on PokerGO. Here are the Top 10 of the Championship Standings.