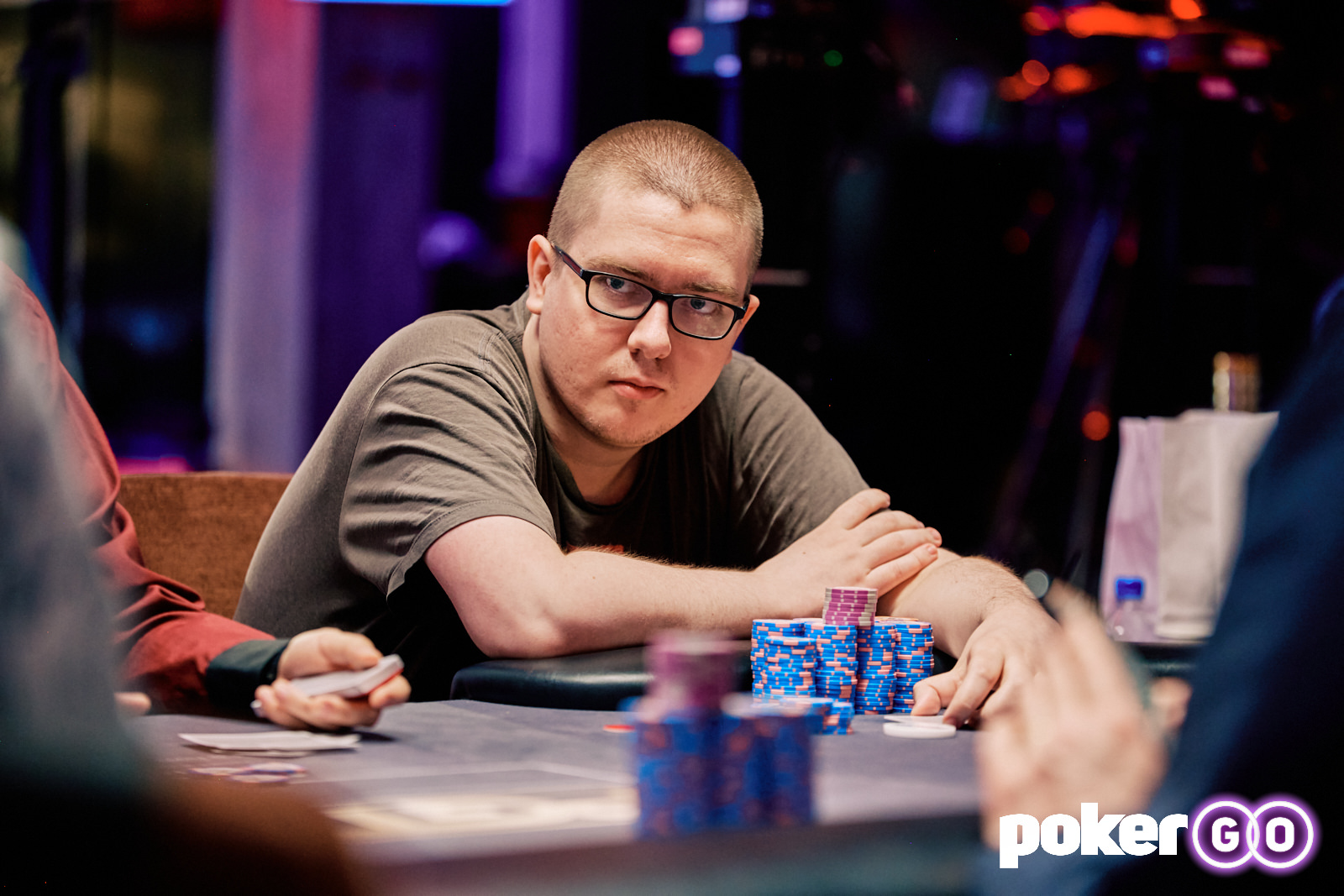 Isaac Kempton has ended the day as chip leader in Event #8: $15,000 Pot-Limit Omaha at the 2022 U.S. Poker Open, and is now set to take the lead on the PokerGO Tour leaderboard regardless of what place he finishes. Kempton finished with an impressive 2,680,000 in chips having eliminated the final two players as just six players will return on Thursday, March 24, to conclude the Event #8 final table on PokerGO at 1 p.m. PT.

The second Pot-Limit Omaha tournament of the 2022 U.S. Poker Open would attract a total of 67 entrants and create a prize of $1,005,000. A few new faces took a seat inside the PokerGO Studio, and once registration had finished, the tournament progressed rapidly and was soon down to the final two tables. Following the eliminations of Stephen Chidwick, Nacho Barbero, Chris Brewer, and Sam Soverel, the tournament was on the money bubble, and unfortunately for Jordan Spurlin, he would be eliminated on the money bubble.

Joseph Sanders, Alex Livingston, and Cary Katz all finished in-the-money but fell short of the final table before Matthew Wantman would be eliminated in seventh place. Leading the final six into the final table is Kempton who started the day sitting in second-place on the PokerGO Tour leaderboard behind Tony Sinishtaj following their top-two finish in the Wynn Millions Main Event. He is now assured of passing Sinishtaj and will be looking to extend his lead on the PokerGO Tour leaderboard.

Scott Seiver sits second in chips with 1,950,000 and is collecting his third cash of the series and will be looking to improve on his second final table appearance after finishing in sixth-place in the $15k 8-Game. The runner-up in that event was Phil Hellmuth, and he finished the day with 1,385,000 in chips trailing the Event #7 runner-up Chino Rheem who bagged 1,540,000 in chips. Adam Hendrix finished with 510,000 in chips and is in prime position to make a climb up the U.S. Poker Open leaderboard where he currently sits fifth overall with 276 points. If Hendrix reaches heads-up play, he will move ahead of Tamon Nakamura on the standings who sits atop with 462 in points.

Rounding out the final table is Dylan Weisman who has played three events and final tabled each one. In both the $10k Pot-Limit Omaha and $10k Big Bet Mix, Weisman finished in fifth place, and he’ll be looking to improve on that in this event.

The final six players will return to the PokerGO Studio on Thursday, March 24, at 12 p.m. PT with the final table airing on PokerGO.com and the PokerGO YouTube channel at 1 p.m. PT.