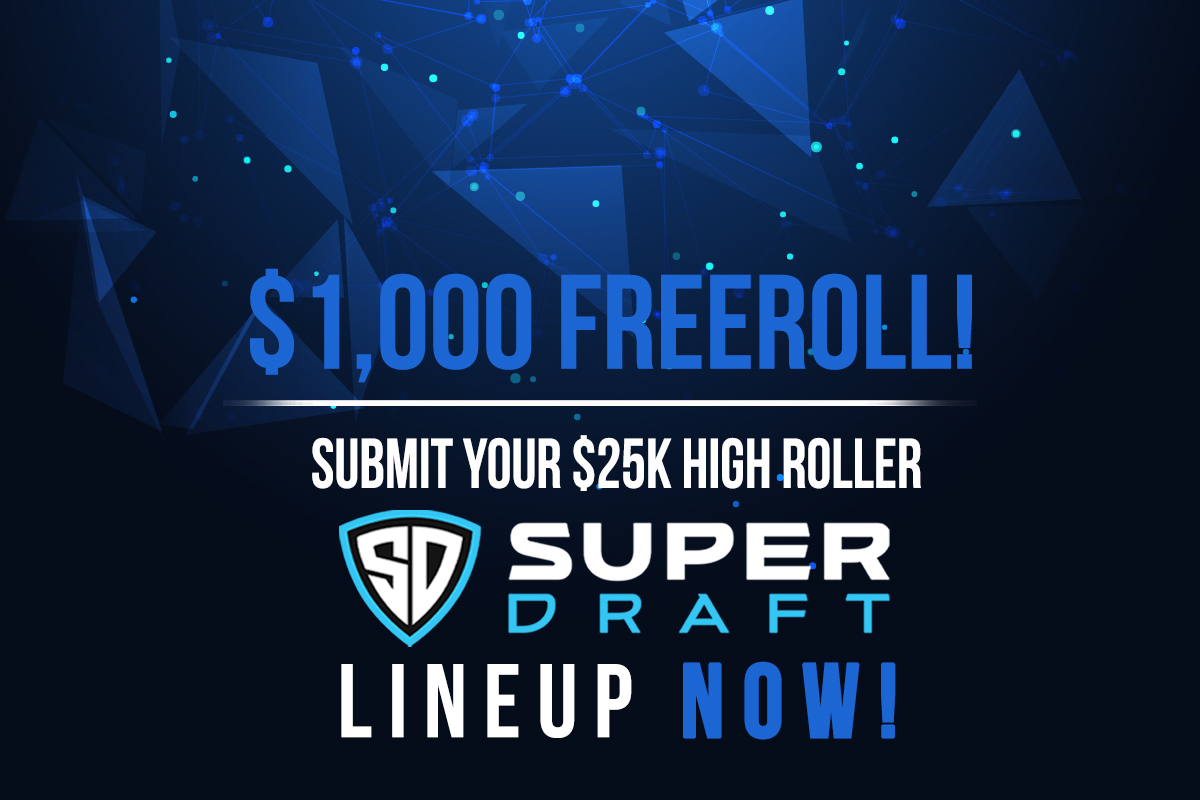 Fantasy poker is live for the 2021 World Series of Poker with contests for 18 WSOP gold bracelet events being run on SuperDraft.

The PokerGO News team includes numerous poker diehards and fantasy poker experts, and heading into each SuperDraft contest, our team will be giving fantasy poker advice, best picks, and additional insight to help you win one of the SuperDraft freerolls that are available throughout the 2021 WSOP.

The high roller action has been in full swing throughout Las Vegas for 2021 with the U.S. Poker Open, PokerGO Cup, and Poker Masters being held inside the PokerGO Studio, while ARIA High Rollers and Venetian High Rollers have also been part of the PokerGO Tour presented by Guaranteed Rate schedule. Now the attention will be turned squarely to the WSOP with high roller regulars and international players looking to make a splash and add a WSOP gold bracelet to their collection.

The strongest pick for your lineup is Ali Imsirovic who sits on top of the PokerGO Tour leaderboard having won over $4.8 million in high roller tournaments just this year. He’s been battling against some of the best players in the game inside the PokerGO Studio and continues to collect victories having amassed back-to-back wins this week in ARIA High Roller events. The twist with Imsirovic is that he will likely be one of the highest-owned players along with having just a 1x multiplier.

Sitting behind Imsirovic on the PokerGO Tour presented by Guaranteed Rate leaderboard is Sean Perry. Perry has continuously bragged about being second on the list with a wish to overtake Imsirovic. Even though Perry has openly expressed his lack of mixed game knowledge, he still played the $25,000 H.O.R.S.E. before falling in 32nd place. However, this shows that Perry is taking the race between him and Imsirovic seriously and will be giving everything in tournaments that are more up his alley such as this $25,000 High Roller. Drafting Perry in your lineup also brings a potential roller coaster of emotions as he has often run up a big chip stack before hitting the rail early. His multiplier may be 1.2x, but his ownership percentage will probably be on the lower side as he is lesser-known relative to other players in the field.

Who Should You Fade?

The player that you need to fade from your line-up is 15-time WSOP bracelet winner Phil Hellmuth. Everyone loves Hellmuth, but The Poker Brat is currently eyeing his 16th WSOP bracelet as he sits fifth in chips in Event #2: $25,000 H.O.R.S.E. with just nine players remaining. Regardless of his result in that event, if Hellmuth was to enter this High Roller, it probably wouldn’t be until Day 2 when registration ends and the contest closes – so you could easily be wasting a line-up spot.

Two other players freeroll players should avoid are Bryn Kenney and Dan Smith. Kenney has stated that he was not planning on playing any WSOP events while he was playing Super High Roller Bowl VI earlier this week, while Smith is currently in Europe attending a friend’s wedding and won’t at the WSOP for a little while. Both of these players are easy selections when playing, but on this occasion, leave them on the bench.

Lineups are made up of five players that include a “Champion” player that scores an additional 50% of their multiplier and four others. With SuperDraft, every player is assigned a multiplier, and as new players enter the WSOP gold bracelet event in real-time, they will be added to the draftable player pool. Points in the contest are awarded to players that finish in the top 20, along with bonuses for finishing in-the-money, reaching the final table, reaching the top five, reaching the top three, and winning it all.

What is Coming Up Next?

After you’ve taken down the Event #6: $25,000 No-Limit Hold’em High Roller freeroll, it will be time to think about Event #11: $25,000 Heads-Up Championship and the whopping $2,500 freeroll that SuperDraft will be running. The 64-player field is expected to be stacked with some of the best players in the world, so don’t forget to enter the SuperDraft $2,500 freeroll and draft the winning team!