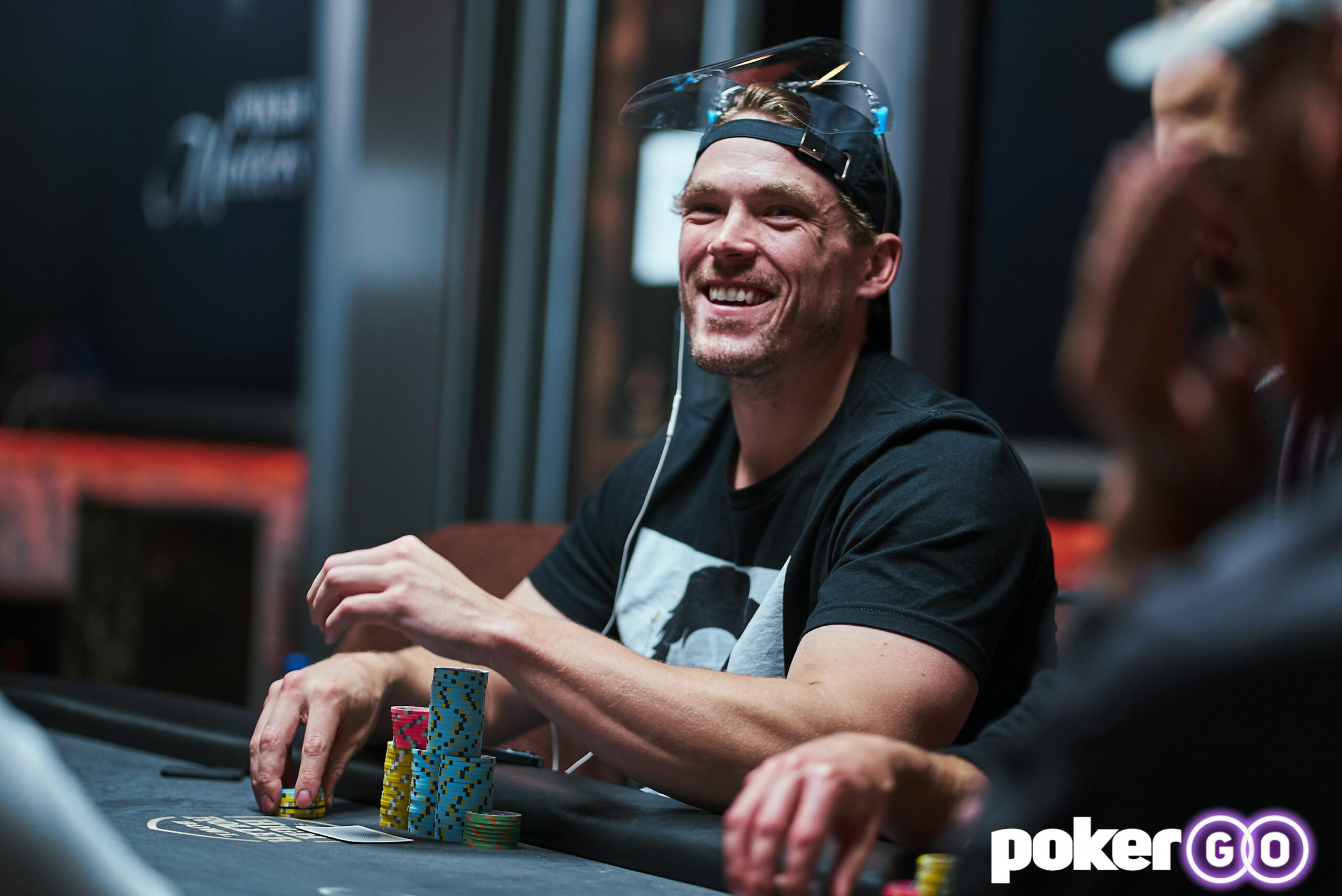 The 19-player field has created a $5.7 million prize pool that is expected to grow with a few buy-ins as registration remains open until the start of Day 2 on Tuesday, September 28, at 12 p.m. PT. Day 1 of Super High Roller Bowl VI began with action spread across three tables, and before players had truly settled in, it would be Daniel Negreanu becoming the first casualty when he ran into the flopped straight of Michael Addamo with two pair on the river.

The Day 1 stream began on PokerGO at the start of Level 2 as three-time Super High Roller Bowl champion Justin Bonomo headlined the action before the feature table rotated as a new set of players took their seat under the lights. Adrian Mateos was the next to fall after losing a race holding pocket eights, while current leader on PokerGO Tour presented by Guaranteed Rate leaderboard Ali Imsirovic fell when he ran top pair into a set. Stephen Chidwick and Nick Petrangelo were eliminated as the field was reduced to just two tables.

Following the last break, Jason Koon was eliminated on one of the first hands, while David Einhorn fell next when he lost a race following a dramatic all-in runout. Cary Katz was the penultimate elimination of the day when his trips were outkicked by Jake Schindler.

After early domination by Addamo and Brewer, it was Bryn Kenney that surged to the top of the leaderboard as he became the first player to cross the million chip mark. Bonomo then took his turn as the chip leader before Kenney snatched it back as the Day was coming to an end. However, Kenney would double Seth Davies, and Alex Foxen would put a devastating beat on Mikita Badziakouski when he went runner-runner to make quads to send the Belarusian out in 11th as Day 1 ended with just ten players.

Day 2 begins on Tuesday, September 28, at 12 p.m. PT with registration closing once the redraw commences signifying the start of Day 2. The current prize pool sits at $5.7 million, and with three new players, it will add another payout spot and pay the final four players. Some of the names that are expected to enter on Day 2 include Sam Soverel, Sean Perry, and Sean Winter.