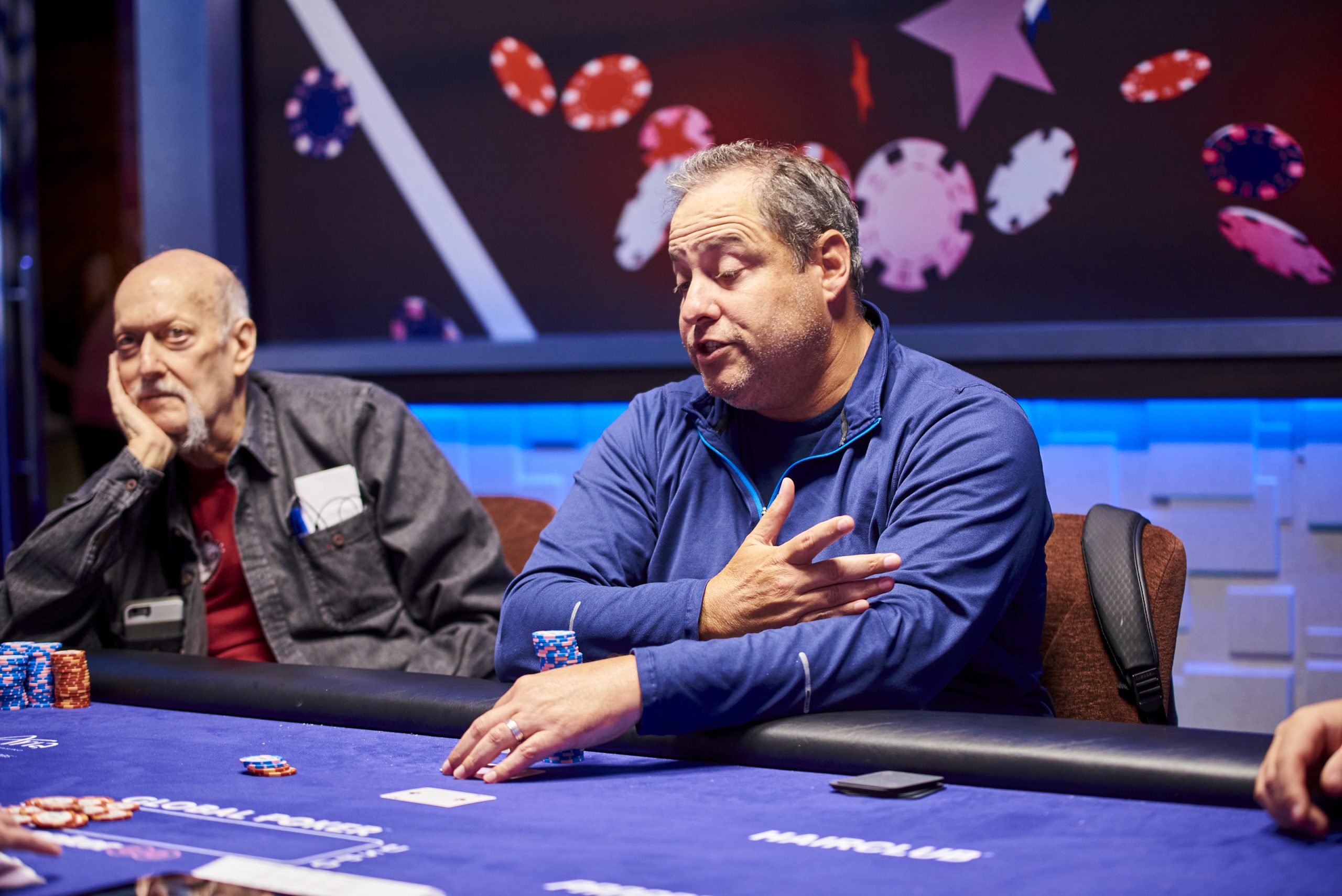 Joining Elezra and Baker at the final table are Richard Sklar, Erik Sagstrom, Steve Zolotow, Nick Guagenti, and Daniel Negreanu. All seven players are guaranteed at least $34,000, but all eyes are on the first-place prize.

In the final hand of the evening, Mike Gorodinsky found himself all-in against the two chip leaders for his tournament life holding pocket fives, but Elezra would turn a pair of aces to eliminate Gorodinsky in eighth place, and he would move within striking distance of the chip lead as he simultaneously bested the pocket tens of Baker.

Other players to finish in the money were Mike Wattel in ninth and Alan Richardson in tenth. Richardson at one point was down to his last 15,000 in chips but mounted an epic string of double-ups before finally falling during a No-Limit Hold’em hand when Baker flopped quad aces against Richardson’s queen-ten suited.

Mike Thorpe was eliminated on the money bubble when he got the last of his chips into the middle playing Stud against Zolotow. Thorpe had queens in the hole, but Zolotow made trip jacks on the sixth street to burst the bubble. Other notables to finish just outside the money included Bryce Yockey, Mark Gregorich, Maxx Coleman, and Randy Ohel.

The players will draw for the button and the game when play resumes. There is 33:33 remaining in level 15.

The final seven players will return to the PokerGO Studio on Tuesday, June 9, at 12:30 p.m. PT with the final table airing on PokerGO.com at 2:30 p.m. PT.