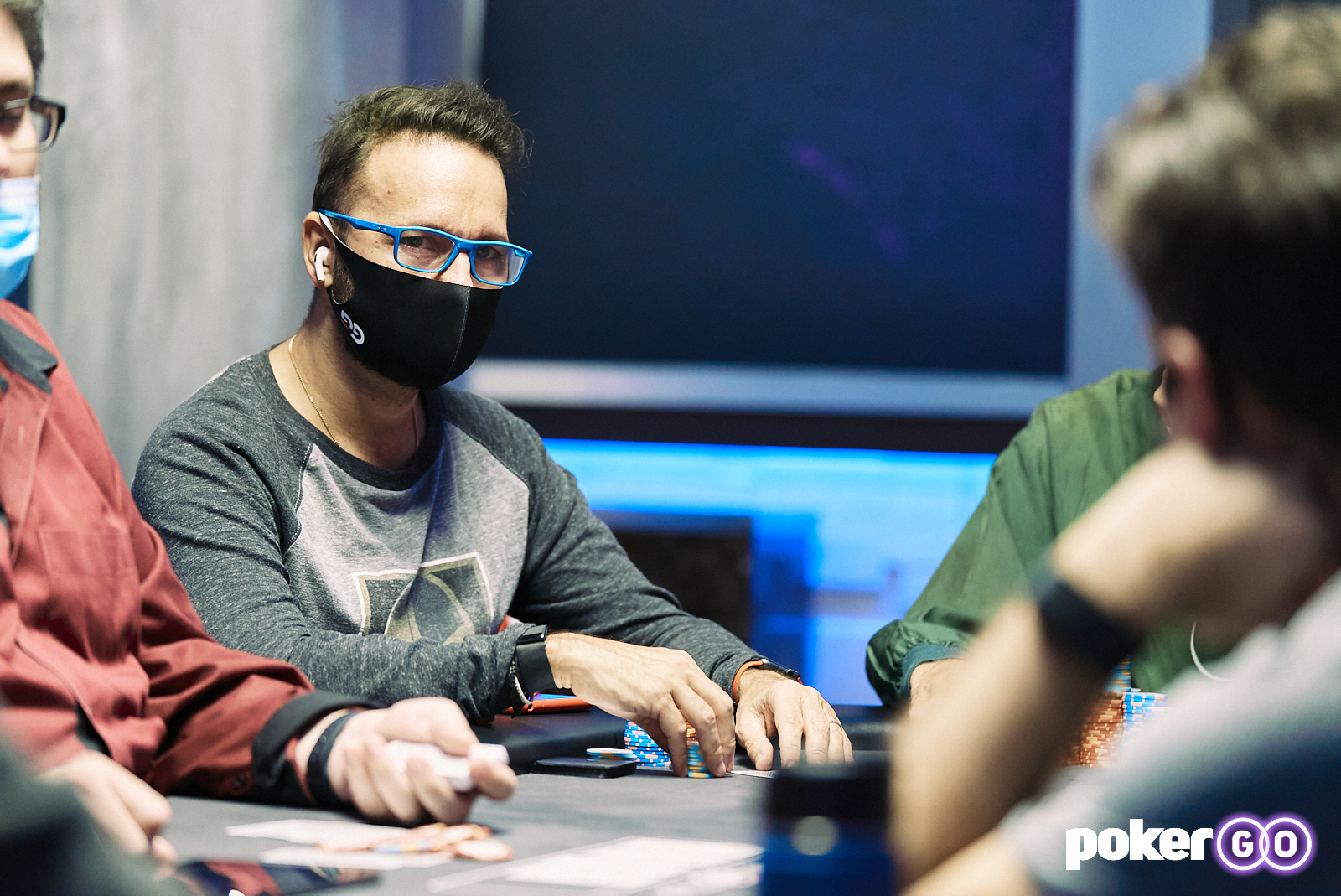 Daniel Negreanu eliminated Barry Hutter to end the night with 42% of the chips in play with 3.460 million, as Event #5 $10,000 No-Limit Hold’em is down to the final five. Joining Negreanu in the final five are Nick Petrangelo, Jake Daniels, Jeffrey Trudeau, and Vikenty Shegal.

Hutter had opened to 80,000 from early position and action folded to Negreanu in the big blind, and he moved all-in having Hutter covered. Hutter snap-called for his last 980,000. Negreanu held pocket nines against Hutter ace-king of clubs. The board ran out king-high, but Negreanu flopped a set to eliminate Hutter in sixth place for $39,600 in an over a two million chip pot.

Petrangelo heads to his second final table in as many days, is second in chips with 1.945 million, and will be looking to further improve on his sixth-place finish in Event #4. Daniels, Trudeau, and Shegal are all making their first appearance at the final table of the Poker Masters.

The 66-entrant field created a prize pool of $660,000, with first-place taking home $178,200, with the remaining five players all guaranteed at least $52,800. Currently, none of the final five are in the top ten in the race for the purple jacket, but with 178 points up for grabs with the win, the winner immediately jumps into the top five.

Justin Saliba would fall in seventh place for $33,000 after running his last 90,000 into the middle, holding ace-four of hearts against Negreanu’s pocket jacks. Saliba flopped an ace to take the lead, but Negreanu turned a full house for his second elimination of the final table.

Dylan DeStefano cashed for the second time this series when he ran his last 120,000 in the middle, holding queen-six against the pocket queens of Hutter. The board ran out ace-high, and DeStefano finished in eighth place for $26,400.

Cary Katz would finish in ninth place when he got his last 125,000 into the middle, holding king-queen against Hutter’s pocket aces and Saliba’s pocket jacks. Katz flopped a king, but Hutter turned a set to eliminate Katz in ninth place for $26,400.

Jake Schindler cashed for the third time this series when he finished in 10th place for $19,800. Schindler got his last 195,000 into the middle, holding ace-ten against the ace-queen of Negreanu. Schindler turned a flush draw, but Negreanu rivered a pair of queens to eliminate Schindler. With the cash and the 20 points it provides, Schindler vaults Jeremy Ausmus and David Peters to move into the top five of the Poker Master leaderboard with 161 points.

After missing the first four events, Dan Shak also just missed out on his first cash of the 2021 Poker Master when he ran his last 350,000 into the middle holding ace-king against the king-queen of Daniels. Daniels rivered a straight, and Shak was eliminated in 11th place to burst the Event #5 money bubble.

When play resumes there is 5:58 remaining in level 15 and the button is in seat 5

The final six players will return to the PokerGO Studio on Sunday, September 12, at 12 p.m. PT with the final table airing on PokerGO.com at 1 p.m. PT.