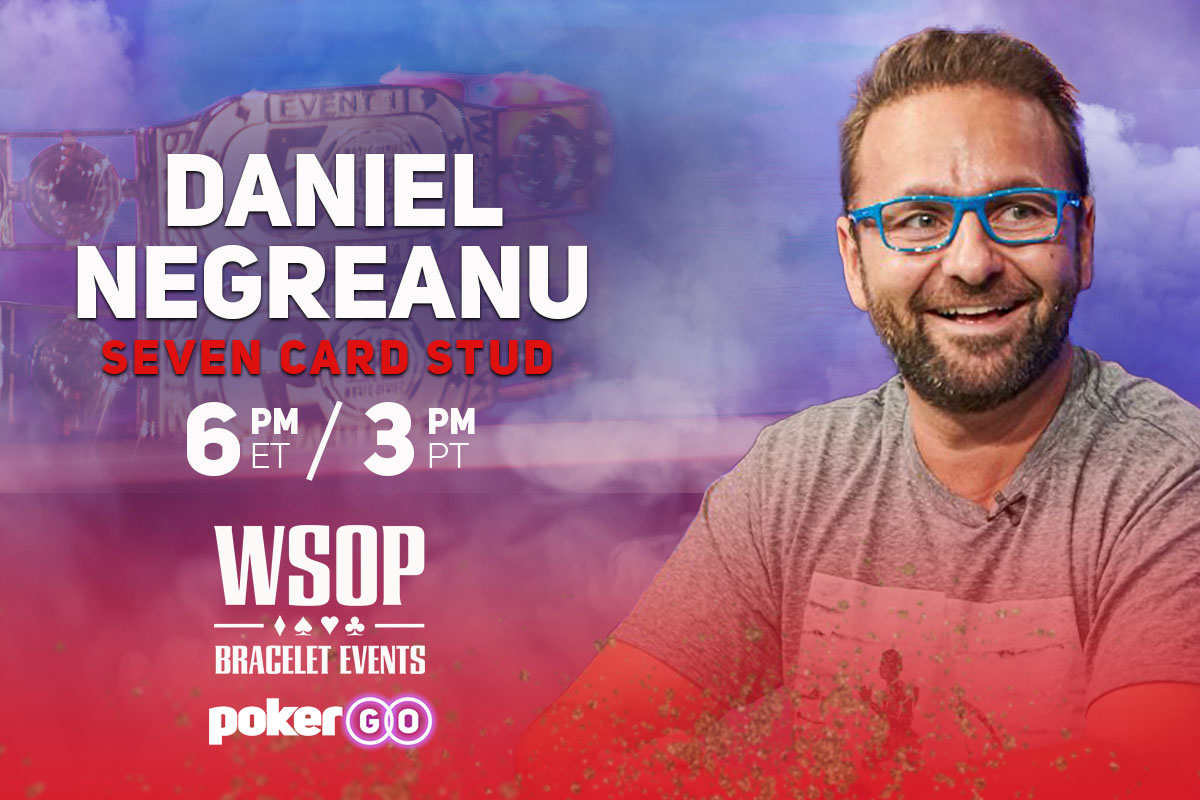 Stop the presses! The 2019 World Series of Poker streaming schedule has be altered and that means Daniel Negreanu will make another PokerGO appearance tonight at 6 PM ET. “Kid Poker” has the $10,000 Seven Card Stud Championship final table chip lead and just six players stand in his way of WSOP gold.

The Seven Card Stud Championship final table boasts 18 bracelets, two former Players of the Year, and some of the world’s most respected mixed game players.

“Johnny World” Hennigan headlines that group after winning his 5th WSOP bracelet in last year’s H.O.R.S.E. Championship. Hennigan made five final tables in 2018 and while PokerGO viewers have yet to see him this year, he’s always in contention at the World Series.

Frank Kassela is another multiple bracelet winner looking to add to his total. He’s also the only other player at today’s final table that has won WSOP Player of the Year. Kassela earned POY honors in 2010 thanks to a bracelet double and he picked up a 3rd in 2017.

David “ODB” Baker, Chris Tryba, and David Singer have four combined bracelets, while Mikhail Semin is the only player at the Seven Card Stud final table who has yet to reach a WSOP winner’s circle. The Russian pro will have a tough road to WSOP gold as the short stack.

World Series of Poker live streams return to PokerGO this summer! Sign up now to watch final table coverage from the summer’s biggest events. Over 40 WSOP Bracelet Event final tables will stream live from May 30 to July 16. Check out the full streaming schedule and then sign up for non-stop summer action.