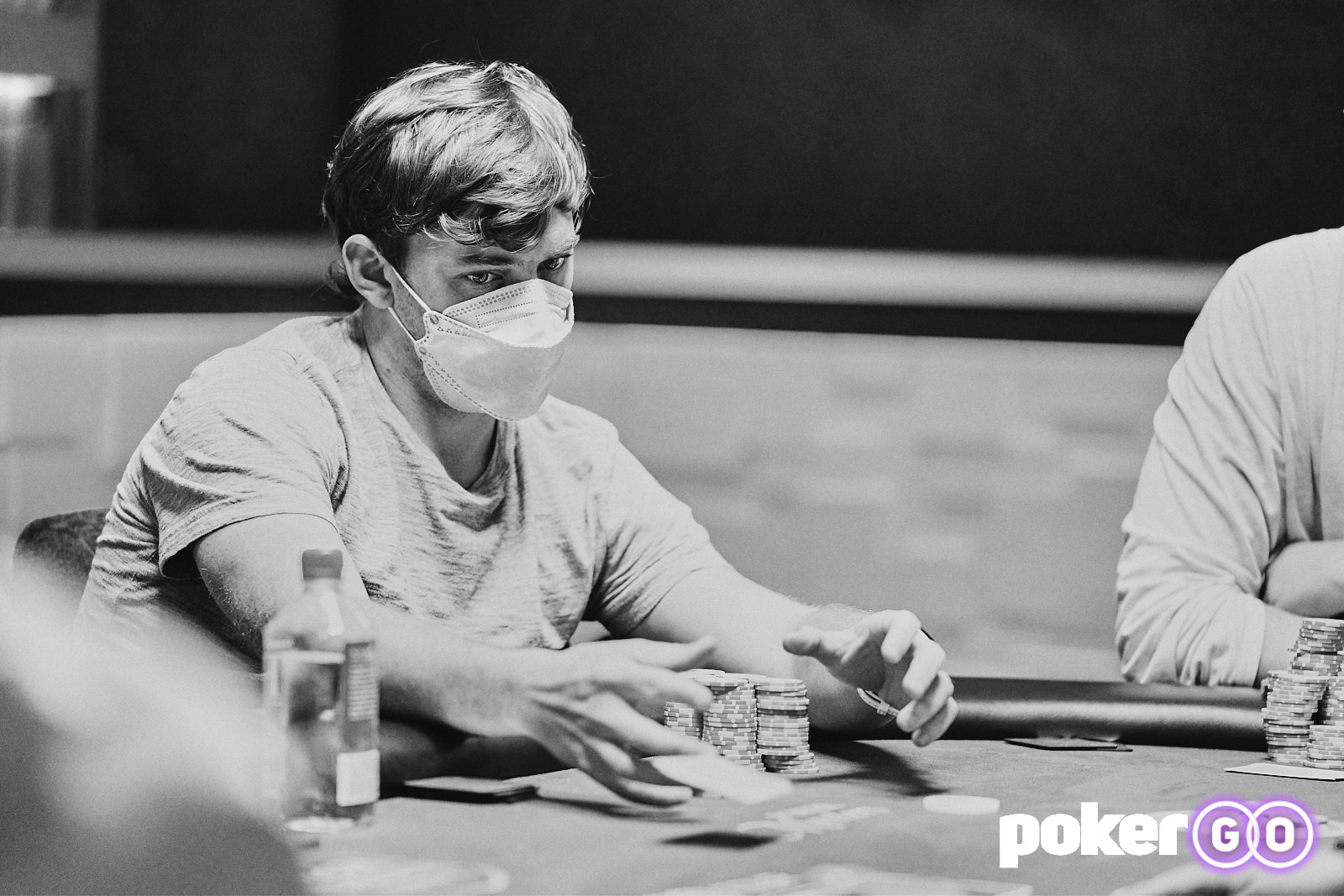 Chris Brewer came into Event #4: $8,000 No-Limit Hold’em early in the day and was seated at the same table as Salim Admon. Both players quickly started amassing chips and will be heading into the final day as the top two on the leaderboard. Joining Brewer and Admon at the final table are Jesse Lonis, Jeremy Ausmus, Bill Klein, and Nick Petrangelo.

When play resumes there is 35:03 remaining in level 14 and the button is in seat 1

Brewer ran up his stack throughout the day and came into the final table of nine sitting third in chips. He won a pot holding pocket queens against Lonis to get to nearly a million, and continued accumulating to become the chip leader going into the final day.

Just over a week ago, Brewer finished runner-up in the Venetian High Roller Event #2: $10,000 No-Limit Hold’em for $88,800, and he will be looking to improve upon that on stream to claim the title and the trophy.

Admon also had an eventful day to finish near the top of the leaderboard. He secured a double when he was flipping against Joseph Cheong and flopped a set to hold a sizable stack earlier in the day, and continued his run later by finding an ace when his ace-queen was up against Ralph Wong’s cowboys. That eliminated Wong in tenth place and gave Admon the chip lead to begin the final table of nine. At the final table, he added even more to his stack when he burst the bubble with pocket jacks against Nathan Zimnik’s ace-king.

Klein only had a few big blinds near the end but doubled twice to hold nearly 15 big blinds at the conclusion of the day. Petrangelo will be the short stack going into the final day, but will still have room to make a run at the trophy.

Those that did not make the final six but walked away with a seat into Event #5 are Shannon Shorr (7th) and Michael Lang (8th). They will both return and attempt to continue their journey to climb the steps even higher.