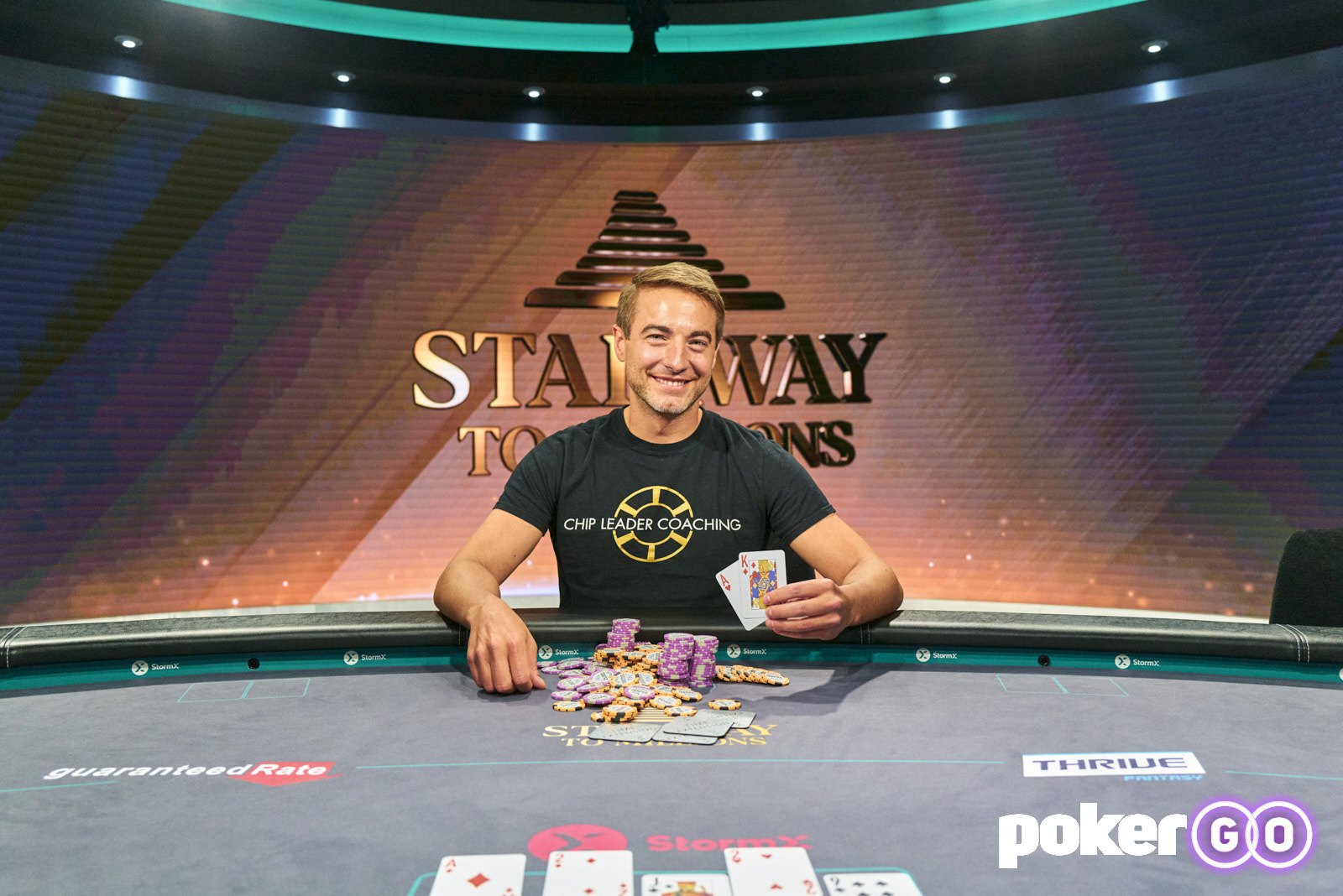 “I think, in general, it’s really, really good to help people have the opportunity to play some of the higher buy-in PokerGO events that are on stream,” Kornuth said of the Stairway To Millions series. “Hats off to them for setting up this Stairway To Millions. I think it’s great.”

After placing 16th in the first event of the series, Chance Kornuth was back in action for the second event. Kornuth got started early by busting Martin Zamani in the third level of Day 1. Zamani hopped back in and, as fate would have it, busted again to Kornuth in Level 8.

The final 20 players found themselves on the money bubble in Level 13. That’s when Kornuth knocked out Jaime Cervantes to send everyone into the money. Cervantes was all in from the big blind for less than a big blind and Kornuth had raised everyone else out of the pot. Kornuth had king-nine of hearts against Cervantes’ ace-seven of clubs. Kornuth flopped a king and held from there to eliminate Cervantes.

With eight players remaining, Kornuth clashed with Eric Baldwin in a hand that would see Kornuth double through Baldwin. Kornuth had pocket tens against Baldwin’s ace-ten and held.

After Jake Perry was eliminated in seventh place, Kornuth bagged up 1,600,000 in chips and was fourth on the leaderboard entering Day 2.

At the final table, Kornuth got things started with the first elimination. Jeremy Ausmus was the first player to go. He moved all in from the button with pocket eights and was called by Kornuth in the small blind and Joelle Parenteau in the big blind. Kornuth had ace-six of clubs and Parenteau had queen-seven. Kornuth took the lead on an ace-ten-seven flop and bet out Parenteau. The turn was a king and the river was a three to bust Ausmus.

Kornuth took the chip lead on the first hand of heads-up play, but then Baldwin battled back to retake the lead. Baldwin worked his stack to nearly 10,000,000 in chips and had more than three times the chips that Kornuth had, but Kornuth found a double with ace-king against Baldwin’s eight-seven. That didn’t stop Baldwin from extending his lead once again, but then Kornuth came right back with another double up, this time coming from behind with jack-eight against Baldwin’s king-eight thanks to a jack on the river.

After Kornuth worked his way into the chip lead, Baldwin moved all in with nine-six of clubs and ran into Kornuth’s ace-king. Kornuth flopped an ace and held from there, leaving Baldwin drawing dead on the turn to become champion of 2022 Stairway To Millions Event #2: $2,150 NL Hold’em.