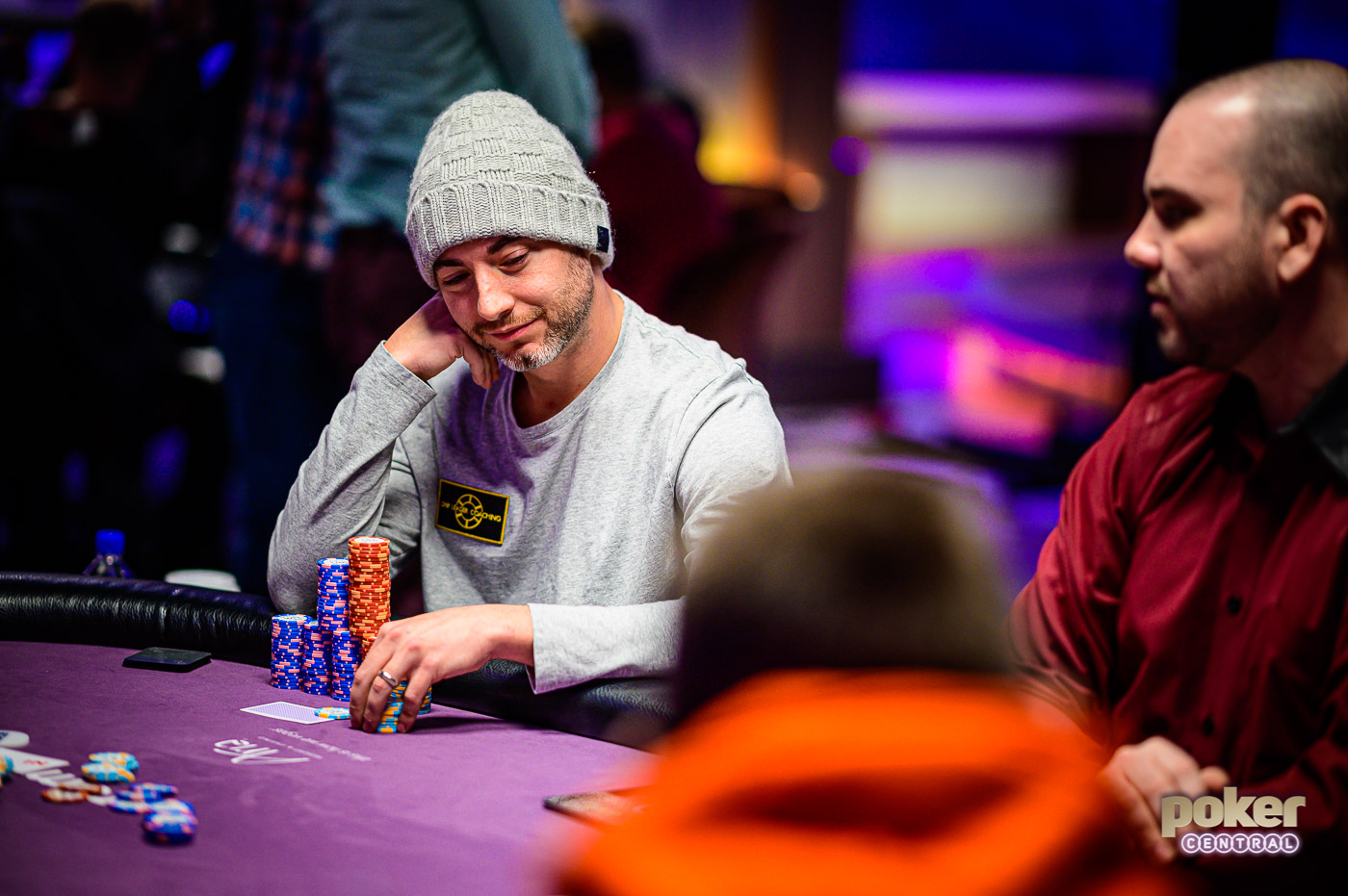 The 2019 Poker Masters is now on the backend of the schedule as Event #6: $25,000 No-Limit Hold’em took center stage from inside the PokerGO Studio. With the second half of the schedule also seeing an increase in buy-ins, an impressive total of 51 entrants would take a seat in Event #6, and as play ticked past midnight, it would be Chance Kornuth finishing as chip leader with 3,425,000 in chips heading into Sunday’s PokerGO streamed Event #6 final table.

The past few events of the Poker Masters have seen a multitude of game formats from Short Deck, to 8-Game Mix, and then to Big Bet Mix, but with the return to No-Limit Hold’em and in increase in stakes, a new wave of players took a seat. The likes of Sergi Reixach, Jake Schindler, Orpen Kisacikoglu, Matthias Eibinger, Kristen Bicknell, Ben Heath, and Andras Nemeth were some of the new blood to join the Poker Masters’ field.

Once play got down to the business hand with action spread across the final two tables, Eibinger, Brandon Adams, and Sean Winter would all exit before the final nine players redrew to one table. With only eight players getting paid, play was tight for several orbits before David Peters would flop an up-and-down straight draw and shove his last three-and-a-half big blinds into the pot and have Nemeth look him up with aces. Peters bricked out, and the final eight players were all in the money. As play continued, it would be Kornuth continuing his domination on the leaderboard as he eliminated the final two players of the night. Firstly, Elio Fox exited in eighth place while David Stamm would fall in seventh place as play ended for the day.

The final six players are currently all guaranteed a $76,500 payday, but all eyes will be set on the first-place prize of $408,000 and the title of Event #6 champion. Chance Kornuth with 3,425,000 heading into his third final table of the series. So far, Kornuth has collected two second place finishes in Event #1 and #2, and with his dominant chip stack of over 50% of the chips in play, his goal will be to better his back-to-back second place finishes and extend his lead in the 2019 Poker Masters Championship Standings. Second overall is Ralph Wong with 940,000 in chips who finished in third place in Event #1 behind Kornuth. Wong was one of the shorter stacks at the final table, but found a big double with bottom set to launch into outright second.

Third overall is defending Poker Masters Purple Jacket winner Ali Imsirovic who sits with 920,000 in chips. Imsirovic took 5th in Event #2 and in similar fashion to Wong, are the only two players that can put a dent into Kornuth’s points lead. The final three players heading into the Event #6 final table are all players entering their first tournament of the 2019 Poker Masters. Andras Nemeth, Kristen Bicknell, and Ben Heath all showed up on Saturday for the first time, and it all resulted in a final table appearance.

Nemeth sits with 500,000 in chips fresh from a trip to Dubai to see family, while Bicknell is fresh off a fifth-place finish at WPT Montreal last week. Heath was down to a single big blind after doubling Wong up, but after folding one hand, he found a triple in the big blind and heads into his first Poker Masters final table with just over two big blinds.

With such a dominating chip stack, this will be a perfect opportunity for Kornuth to further extend his points lead in the Poker Masters Championship Standings. Kornuth currently sits with 420 points and he can only increase that lead as he is currently guaranteed 60 points with a further 300 for first place. For Wong and Imsirovic who have 150 and 90 points respectively, a win can only move them into outright second place regardless of Kornuth’s finish.