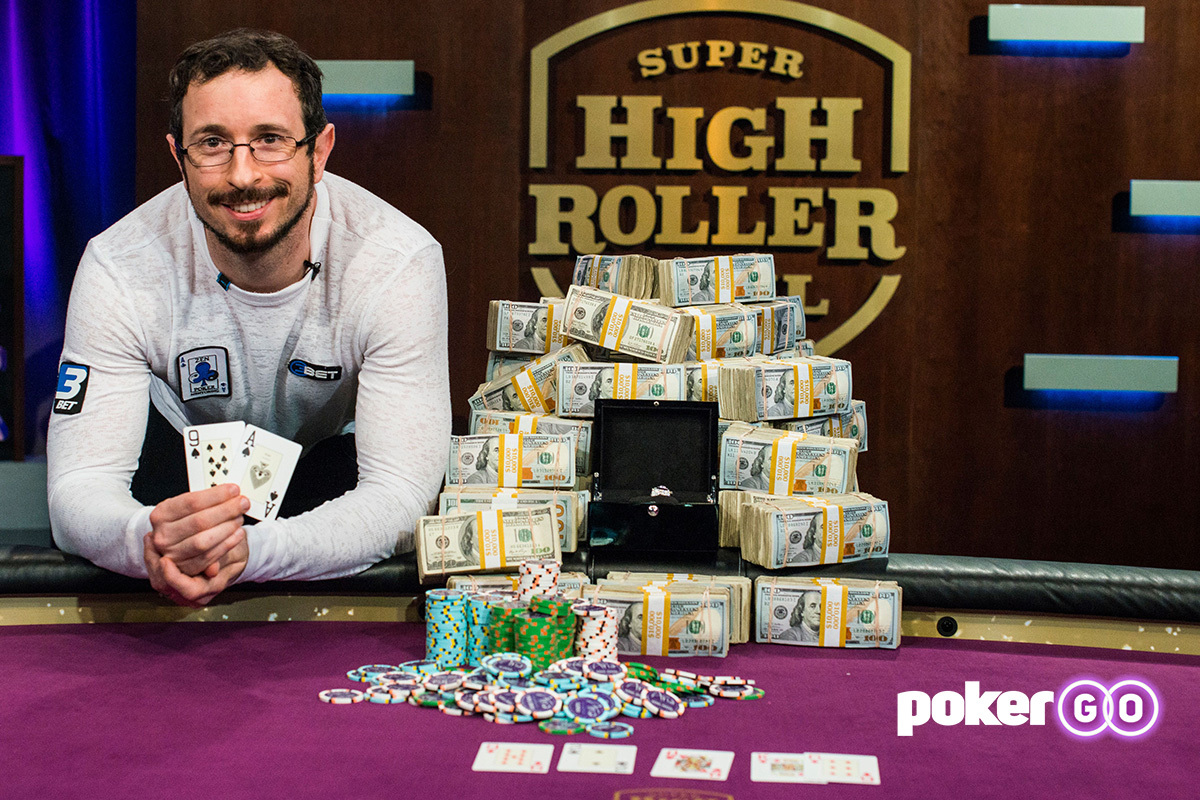 The first-ever Super High Roller Bowl took place at ARIA Resort & Casino in fabulous Las Vegas, Nevada, with action wrapping up on July 4, 2015. The enormous $500,000 buy-in event attracted a field of 43 entries to generate a $21.5 million prize pool. Walking away triumphant with the $7.525 million top prize was Brian Rast. The win proved the largest live tournament score of Rast’s career.

On the final day, Rast entered with the chip lead and eventually found himself heads up with Scott Seiver. Seiver began the final duel with the chip lead, having about twice as many chips as Rast. Rast was able to turn the tables, though. In the end, Rast’s ace-nine of spades was able to out-flip Seiver’s pocket fives thanks to a nine hitting on the flop after all of the money went in preflop. Rast’s pair of nines proved to be the winner, eliminating Seiver in second place for $5.16 million.

Finishing behind Seiver was Connor Drinan in third place for $3.225 million. Drinan’s finish came one year after he famously lost with pocket aces against the pocket aces of Cary Katz in the WSOP $1,000,000 Big One for One Drop.

The three-day Super High Roller Bowl played down to the final seven players on Day 2, with the top seven places set to finish in the money. Andrew Robl earned the unwanted title of “bubble boy” when he busted in eighth place at the hands of Rast. Like he did when he defeated Seiver in heads-up play, Rast won a flip to eliminate Robl, only this time Rast was the player in the flip with the pocket pair. Rast’s pocket queens were up against Robl’s ace-king. The money went in preflop, Rast flopped a set of queens, and he held from there.

Others to compete in the inaugural Super High Roller Bowl were Ben Lamb, Isaac Baron, Daniel Negreanu, Jason Koon, Phil Galfond, and Bobby Baldwin. These players all reached Day 2 of the tournament but failed to make it to the money.