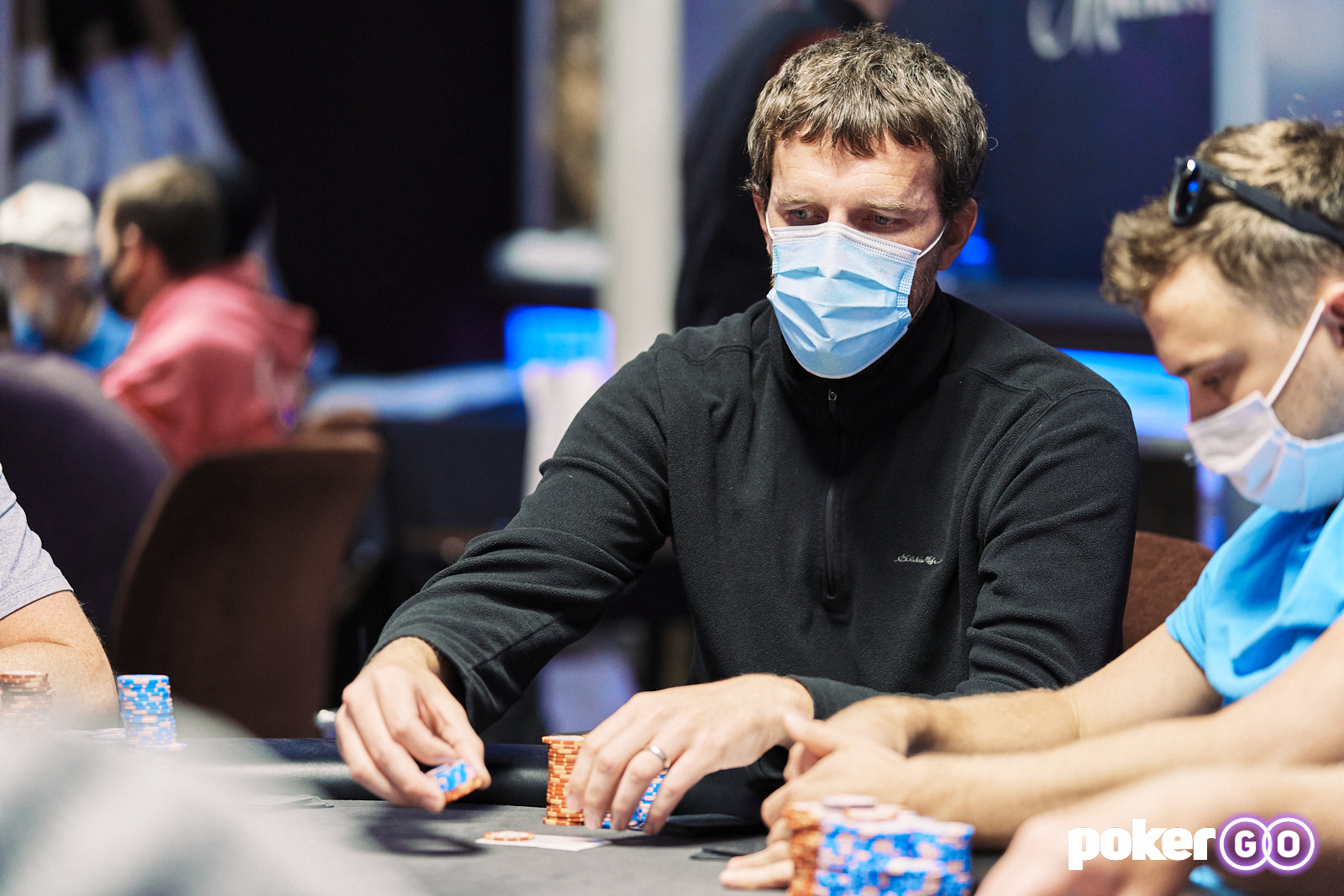 Brekstyn Schutten eliminated Shawn Daniels on the last hand of the day to vault into the chip lead as Event #4 $10,000 No-Limit Hold’em, is down to the final six players. Joining Schutten at the final table are Nick Petrangelo, Chad Eveslage, Sam Soverel, Brock Wilson, and Elio Fox.

Shortly after doubling through Petrangelo, action folded to Schutten on the button, and he opened to 50,000. Soverel was in the small blind, and he called. Daniels was in the big blind, and he moved all-in for 615,000. Schutten re-shoved, and Soverel folded

face up. Schutten held ace-king, and Daniels held queen-jack. The board ran out nine-high, Daniels was eliminated in seventh place for $36,500, and Schutten ended the day with the chip lead.

Steve Zolotow finished in eighth place when he ran his last 85,000 into the middle, holding ace-four against Chad Eveslage, who called from the big blind with eight-six. Eveslage flopped a pair of sixes, and Zolotow was eliminated, taking home $29,200.

In the biggest pot of the day, David Coleman opened on the button to 55,000 and Nick Petrangelo three-bet in the big blind to 300,000. Coleman moved all-in for over a million chips total, and Petrangelo called. Coleman held pocket tens, and Petrangelo held ace-king. The flop fell two aces, giving Petrangelp trips, and when the board ran out clean, Coleman was eliminated in ninth place for $21,900.

Aram Zobian just missed out on the unofficial final table as he ran his last 85,000 into the middle, holding seven-four against the king-queen of Petrangelo. The board ran out queen-high, and Zobian was eliminated in tenth place for $21,900.

Chris Brewer cashed for the first time this series when he finished in 11th place for $21,900 to gain 22 PokerGO Tour presented by Guaranteed Rate tour points and currently sits in seventh place just behind David Peters. Soverel currently sits in third place with 1,715 points, Coleman sits in 20th place with 688 points, Wilson sits in 21st with 684 points, Eveslage sits in 32th with 527 points, and Petrangelo sits in 58th place with 550. Schutten, meanwhile, is making his first appearance during the PokerGO Tour presented by Guaranteed Rate.

When play resumes there is 27:26 remaining in level 14 and the button is in seat 3

The final six players will return to the PokerGO Studio on Saturday, September 11, at 12 p.m. PT with the final table airing on PokerGO.com at 1 p.m. PT.