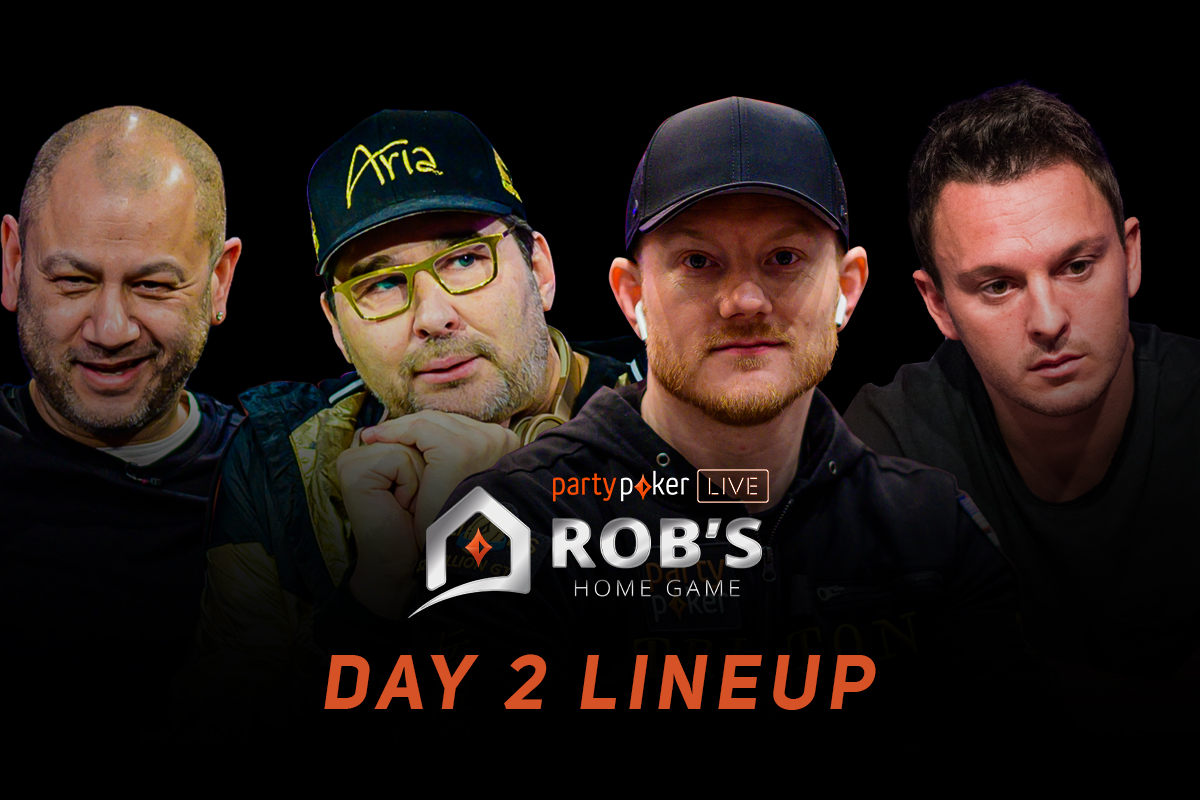 The first night of action on Rob’s Home Game presented by partypoker LIVE was truly electric with more than five million dollars on the table when it was all said and done! Andrew Robl cashed out the biggest stack worth $1,000 shy of $1.5 million while both Rick Salomon and Rob Yong also ended the night with seven-figure stacks.

Relive the entire first night of action right here on PokerGO for six hours of blazing hot $500/$1,000 action with a $1,000 big blind ante and tons of big straddles!

Here are the final standings at the end of Night 1.

The second night of action is set to get underway at 6:00 pm ET from the PokerGO Studio in Las Vegas headlined by the host himself, Rob Yong, and 15-time World Series of Poker bracelet winner Phil Hellmuth who are the only two returning players.

Team partypoker members Jason Koon and Sam Trickett are taking a seat today in this massive $200,000 minimum buy-in cash game as well as three names you might not be as familiar with. Alex Todd, and Dylan Gang are playing in this game tonight and they are known to be all action all the time!