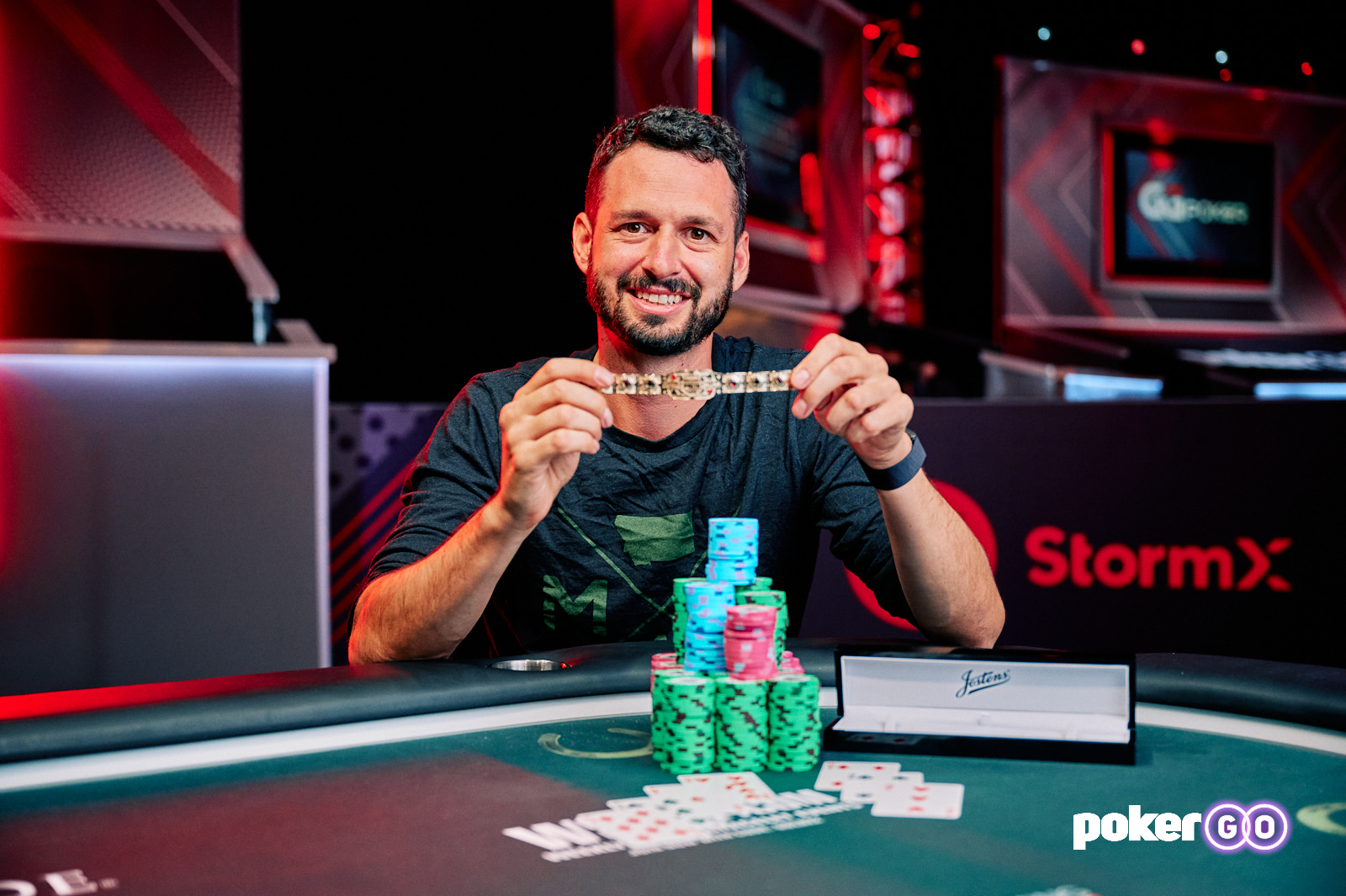 When Alex Livingston made the World Series of Poker Main Event final table in 2019, he firmly landed himself on the poker map. Livingston played the final table in front of a global audience and placed third for a breakout score of $4,000,000. Now taking to the tournament poker scene a bit harder, Livingston recently won his first-ever WSOP gold bracelet and passed more than $1,000,000 in live tournament earnings in a single year for only the second time in his career.

“It feels great,” Livingston said of the recent years of his poker career. “I used to be mostly just a cash game player. I think since the Main Event, it kind of got me inspired to play a few more tournaments, especially going a little harder during the World Series of Poker. I played a lot of tournaments last WSOP and didn’t really do much, but yeah, then I played some of the PokerGO stuff and I’ve just been enjoying the tournament grind a little more. So, it’s been good. I’ve been letting it roll since the Main Event.”

At the 2022 WSOP, Livingston got his hands on his first career gold bracelet, winning Event #9: $1,500 Seven-Card Stud for $103,282. Although Livingston said after that seven-card stud might be his worst game, he topped a field of 329 entries in that event and bested Daniel Weinman in heads-up play.

“I think I did a good job keeping my foot on the gas when other people were trying to battle for pay jumps,” Livingston said. “But at the same time, I just ran incredibly pure the entire tournament, like you can ask Daniel Weinman who played with me the whole time. I paired my door when I needed to like every time. Honestly, it kind of just feels fluky to an extent.”

It’s always good to win a WSOP gold bracelet at the World Series of Poker, and it’s even better to win one when you’re making your first cash of the series. Livingston’s first trip to the money at the 2022 WSOP was in Event #9: $1,500 Seven-Card Stud and he went on to win it. Since that result, Livingston has kept grinding the tournaments hard and produced two more final table results in $10,000 championship events. First, he placed seventh in Event #15: $10,000 Omaha Hi-Lo Championship for $61,991. Then, he took fourth in Event #38: $10,000 No-Limit 2-7 Lowball Championship for $96,104.

“I was always going to play a full schedule this year, so if anything, it just motivates me to play more of a full schedule,” Livingston said. “And, you know, I’ve already got leaderboard points and all of that, so just go hard. I was going to go hard anyway though, so it doesn’t change much.”

Livingston’s results at the 2022 WSOP so far are what have pushed him to more than $1,000,000 in live tournament earnings this year. It’s only the second time in his career that Livingston has cashed for seven figures in a calendar year, with the other being 2019 when he placed fourth in the WSOP Main Event. Before the 2022 WSOP, Livingston had a big third-place finish in the Wynn Millions $10,000 Main Event for $745,749, and then he had four cashes at the 2022 U.S. Poker Open at the PokerGO Studio for a combined $171,250.

“I really enjoy playing the PokerGO stuff,” Livingston said. “The Wynn Millions was a huge score and then that sort of encouraged me to just play a big series at the U.S. Poker Open. So I played way more events in that than I would have otherwise and I really enjoyed it. I like playing poker. like playing events like this where you’re playing against a lot of amateurs. I also like playing $25K high rollers against the best. I like it all. I think tournaments kind of have a more competitive field than cash games, especially when you get deep, so I enjoy that part of it.”

Watch the 2022 WSOP live on PokerGO. PokerGO is available worldwide on all of your favorite devices, including Android phone, Android tablet, iPhone, iPad, Apple TV, Roku, and Amazon FireTV. You can also stream PokerGO on any web or mobile browser by going to PokerGO.com. For a limited time, you can save $30 off an annual subscription by using the code “WSOP30” at checkout.